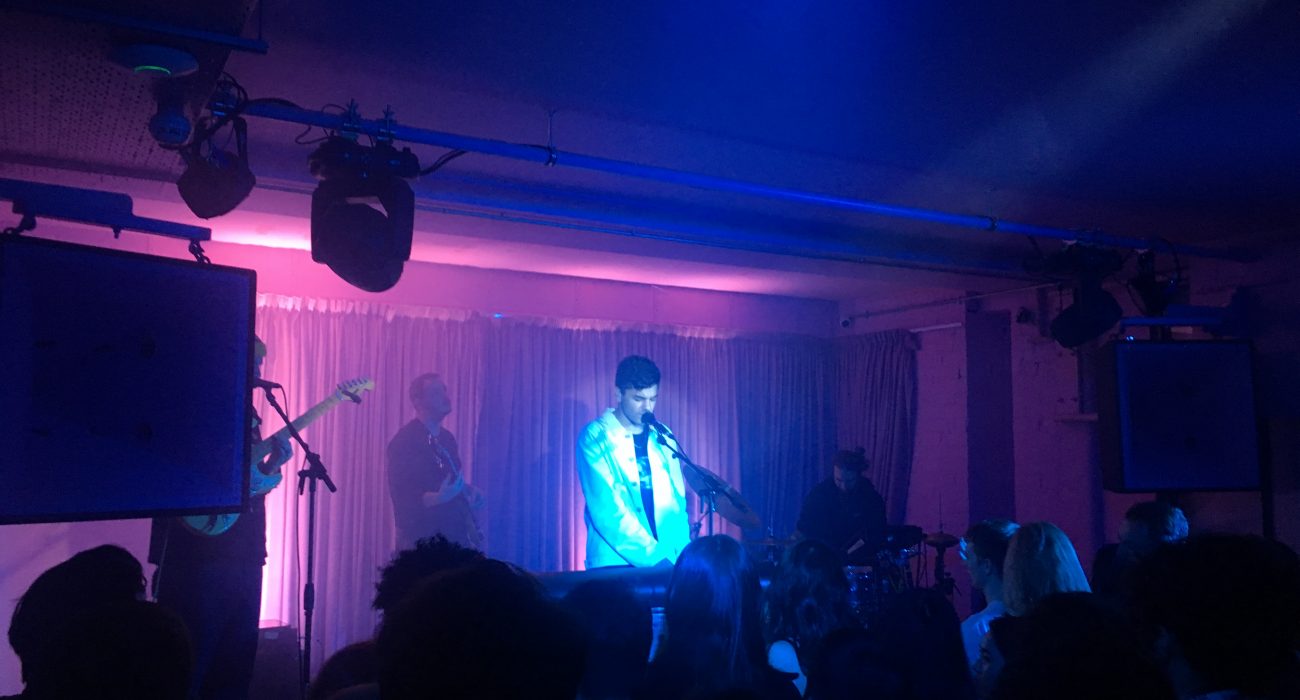 Jamie Isaac, South London’s latest musical virtuoso, leapt on to stage to join his band as the thump of the bass drum came in, receiving a cheer from the crowd as he set himself behind the keyboard.

The thriving YES was the venue fortunate enough to host the night, and the Pink Room was lit up as Isaac craned his neck towards the microphone as he sang ‘Wings’, one of the singles off his latest and second studio album, (04:30) Idler, released in June by Marathon Artists.

Isaac’s sound is hard to pin down: with his soulful and hushed R&B vocals, his latest album provides a bossa-nova feel, and it’s clear jazz holds a steady influence over the young Londoner. However, the writer is still confident enough to flirt with elements of other genres too.

Hip-Hop is one he holds an interest in, and as the band progressed into ‘Last Drip’, it’s clear to see how it’s impacted his music. After all, prior to releasing his first album, Couch Baby, Isaac remixed many of the unreleased tracks with an assortment of London producers and rappers to create an entirely new offering altogether, the Loose Grip Mixtape.

Beckoning to the crowd to hush as the band edged gently into the slow tempo ‘Un-thinkable’, Isaac clenched his eyes shut as he sang his sorrows to the room with his heart on his sleeve. Isaac’s expressive yet tender vocals are likely to impress you, as he digs deep, relaying to the audience his feelings contained within each song. Isaac and his band continued to effortlessly flick through his discography, cycling through the syncopated ‘Maybe’ and reflective ‘Doing Better’, before reaching the funky and synthesiser heavy ‘Eyes Closed’, again displaying the fluidity of his style.

Drawing the set to a close, Isaac decided his penultimate song would in fact be one of his oldest, and ‘Softly Draining Seas’ is arguably one that catapulted him into the spotlight in 2013. The lo-fi soundscape created a calm ambience in the room as his gentle melody hovered over the crowd, and Isaac was patently in his place of comfort.

Isaac has openly discussed the insomniac nature of his new record, explaining his personal struggle with the condition, and watching him perform seemed to give a representation of this isolated state. Speaking only briefly and softly in the intervals, Isaac kept his eyes low during his performance. Only breaking from his position to dramatically crash down to the floor in synchronisation with the drums, fiercely seeing out the end of the final few tracks, this seemed to be some sort of depiction of his mental battle.

As we approached the final track of the night, ‘(04:30) Idler/ Sleep’, Isaac spoke on its title, referring to the disjointed state he felt he was in whilst writing such songs for his album. Despite his torment, Isaac has managed to piece together a strong, cohesive and self assured body of work in his second album, that is not only a fantastic listen, but is equally as powerful in a live environment.