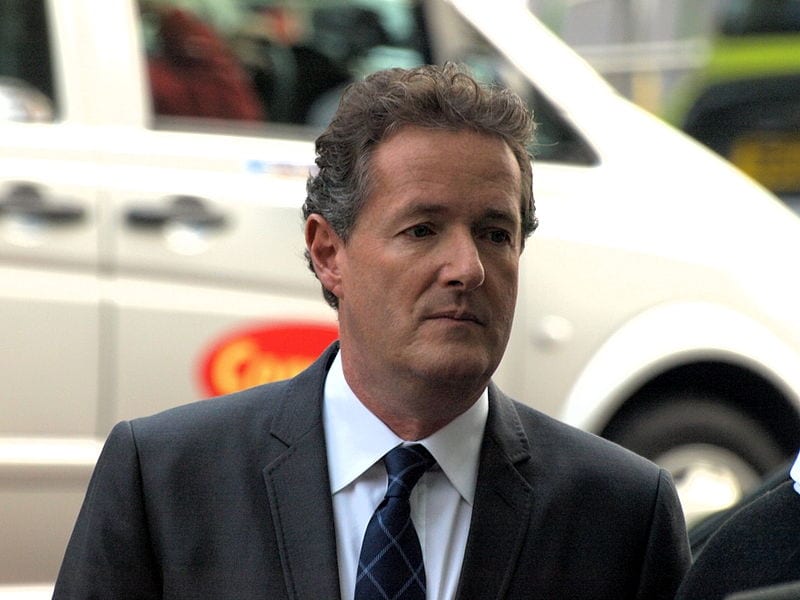 Piers cannot tell me how to feel empowered

On International Men’s Day this year many famous faces took to social media to use their voice to raise awareness of the grim statistics surrounding male suicide, homelessness, and a reactive criminalisation of maleness. Incredibly, however, Piers Morgan managed once again to use his platform to push his insatiable vendetta against the most formidable and severe threat to our social climate right now — naked women.

In his column for The Daily Mail last week, Piers clings desperately to underlying, traditional misogyny to appease his regrettably large following — which I can only presume consists of other ludicrous women-haters. Not only does Piers describe feminists as having “gleefully hijacked” the #MeToo and #TimesUp campaigns — a worrying example of victim blaming — but in classic angry Piers Morgan style, he rambles on spouting non-corroborative nonsense. I tried to follow his arguments logically, but soon forgot all about the context of International Men’s Day, being lost in his trivial and unrelenting attacks on skin-bearing women.

The idea that models Emily Ratajkowski and Kim Kardashian have built their careers solely out of “stripping off” is not only false but highly demeaning. What Piers claims is “selling sex and nudity” is nothing more than successful women celebrating their sensuality and sex appeal. Not because they need to in order to stay relevant but, as nicely put by singer Ariana Grande in a recent spat with Piers Morgan, “I use my talent AND my sexuality all the time because I choose to. Women can be sexual AND talented.” As a society we must move beyond the idea that female talent, class, and integrity are mutually exclusive with promiscuity and sexuality. I struggle to think of one male celebrity who has been even remotely condemned for “selling sex and nudity”.

Piers says, of female nudity, “don’t pretend it benefits any other woman or is anything that Emmeline Pankhurst and her Suffragettes would have ever done.” As a woman myself, I can frankly say that I do feel benefited by the likes of Kim Kardashian and Emily Ratajkowski should they chose to “writhe naked in spaghetti” because, in a world where women are still taught to be modest and courteous, they own their sexuality and take no shame in expressing love for their own bodies. Not because I am an ‘impressionable young girl’ — quite the opposite — but because seeing successful young women flaunting their bodies is liberating, no matter how much Piers doesn’t want it to be.

Men don’t get to tell women what is and isn’t liberating, or what is or isn’t empowering to modern women. As for the ridiculous comparison to the suffragettes, I am almost lost for words. Lo and behold, we have a 53-year-old apparently competent journalist attempting to draw parallels between feminist ideologies with over 100 years of social progression between them. It’s awkward and embarrassing. This impossible contrast only furthers the perception of Piers as a deteriorating public figure clutching to controversy and notoriety to stay relevant.

Ariana Grande, Little Mix, and the Kardashians are just a few of the women slammed by Piers on Twitter in recent weeks for getting naked. The descent of Piers Morgans’ column into the demonisation of successful young women clarifies just how fragile his threatened concept of masculinity is.

When his column about preserving masculinity quickly becomes a piece of rhetoric demonising successful young women, it becomes clear that those like Piers Morgan, who harbour such feelings of resentment towards openly sexual women, must be threatened by their success.