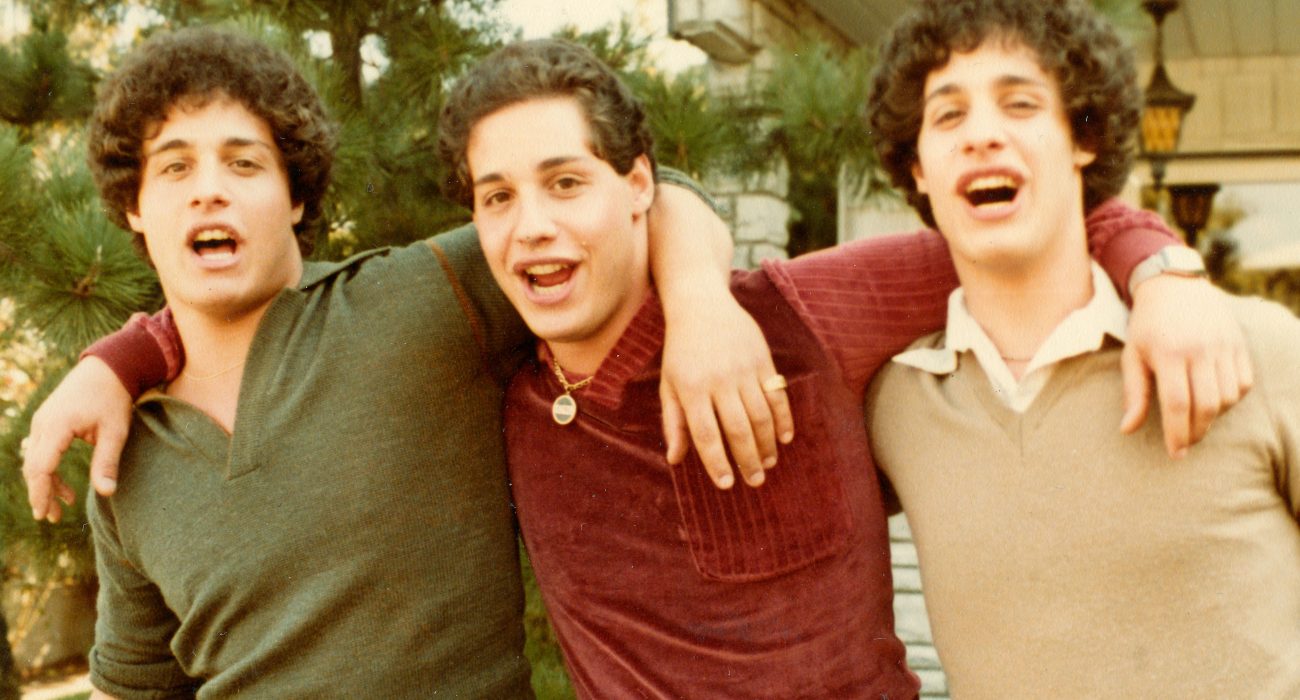 Three Identical Strangers is directed by Tim Wardle and tells the story of the initial reunion and multifaceted aftermath of triplets who were unbeknownst to themselves, separated at birth.

This documentary had been on my radar for some time and I was pulled in by the promise of the unearthing of a shocking secret. When it came down to it however, the fascinating reveal disrupts the heart-warming narrative of the reunion of long-lost brothers and brings it to a heart-breaking close that I wasn’t quite ready for.

The documentary follows Edward Galland, David Kellman, and Robert Shafran. It can be separated into three distinct parts, beginning with the emotional high of their reunion, followed by the excitement of their subsequent professional and personal success. And, finally ending with the devastating consequences of their involuntary participation in a sinister twin study to explore nature versus nurture. This arc is developed in a subtle way which makes for a powerful but depressing close.

There is nuance in the way Wardle portrays each of the subjects. The triplets are very likable men, but he does not shy away from exposing their human flaws. Most notably, through the strangely charming presentation of their hedonistic partying in New York City following their reunion. This establishes an authenticity that juxtaposes and enhances the incredible nature of the story itself.

Wardle strikes an excellent balance between the uplifting and the unsettling in a way in which one informs the other; the sinister nature of the reveal is potent through its hyperbolic positioning within the core of the brothers’ relationship.

It is revealed towards the end that those affected by the study were granted access to the archive of the research because of Tim Wardle’s investigative film-making. This result is somewhat diluted by the subsequently sinister revelation that much of the information was redacted as there are still subjects out there who are unaware of their participation in the twin study.

This disclosure is almost darker than the initial revelation. We have just witnessed the heart-breaking consequences this study has had on the triplets and the fact that there are still oblivious victims is at best disconcerting.

Whilst this real-life occurrence is an innately interesting story, the complexities within it have potential to be tricky to untangle. Wardle however tells the story in a manner that is both emotional and scientific. I remained fascinated by the nature versus nurture debate but felt indignant on the part of the triplets. Wardle’s ability to establish this dichotomy within this narrative makes it clear to see why he was awarded the Sundance Special Jury prize for storytelling.

The documentary is compelling and unearths the age-old question of nature versus nurture in a totally new way that forces audiences to consider the emotional waves this debate might have on human kind.