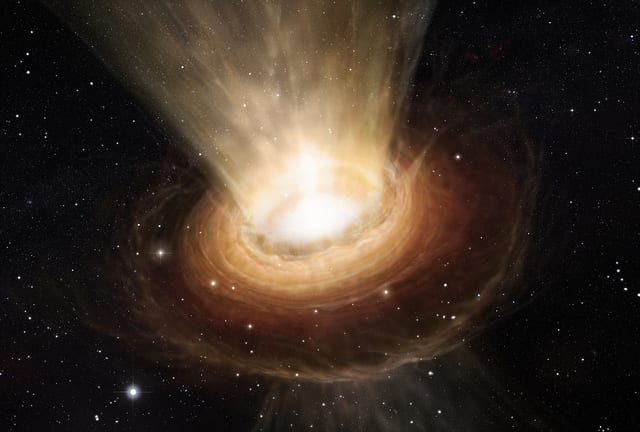 Stephen Hawking was regarded as one of the most brilliant minds of his generation. He was a physicist and cosmologist who worked tirelessly to unravel some of the most persistent mysteries of the universe including black holes.

Even though not many people are equipped with the ability to comprehend and decipher his works, he is a household name across the world. He exemplifies perseverance and determination as he braved ALS throughout his life, and still managed to make some of the most indispensable contributions to theoretical physics and science.

His passing in March 2018 came as a tragic loss to science and humanity. He was eulogised by figures in science, entertainment, and politics. Even though he will continue to inspire generations, it was feared that his contributions to science might be curtailed. But even when he was days from his death, he didn’t stop striving. Consequently, we are still discovering new research he produced.

Recently, Hawking’s colleagues at Cambridge and Harvard released what may be his final research paper. It is titled, ‘Black Hole Entropy and Soft Hair’, and further defines the black hole information paradox. The information paradox is perhaps the most puzzling problem in fundamental theoretical physics today. It was discovered by Stephen Hawking 43 years ago, and still continues to riddle many, essentially suggesting that physical information could permanently disappear in a black hole, allowing many physical states to devolve into the same state. This theory has been debated upon ever since its discovery as it negates some of the core principles of physics.

The latest research paper opens up his career-long battle with theoretical physics of the information paradox, and what happens to information when objects fall into the black hole. It describes the current thoughts of the researchers on the matter. It also describes a way of calculating the entropy of black holes. Entropy is basically a quantitative measure of what one knows about a black hole apart from its mass or spin. The term ‘soft hair’ in the title refers to the crown of photons surrounding the black hole’s edge at the event horizon.

The paper has been co-authored by Professor Malcolm Perry, a professor of theoretical physics at the University of Cambridge. He revealed that the information paradox was “at the centre of Hawking’s life for more than 40 years.” “We still don’t have the technology to verify Stephen Hawking’s big ideas”, he commented.

“The difficulty is that if you throw something into a black hole it looks like it disappears. How could the information in that object ever be recovered if the black hole then disappears itself?”

Professor Perry added, “while this is not a resolution of the information paradox, we believe it provides some considerable insight into it. Further work is needed but we feel greatly encouraged to continue our research in this area. The information paradox is intimately tied up with our quest to find a theory of gravity that is compatible with quantum mechanics.”

The paper sheds light on the long list of unknowns on the way to demystify the theory of black holes. This would aid the contemporary pioneers in their quest to solve the mysteries surrounding the cosmos while building on the work of Stephen Hawking.