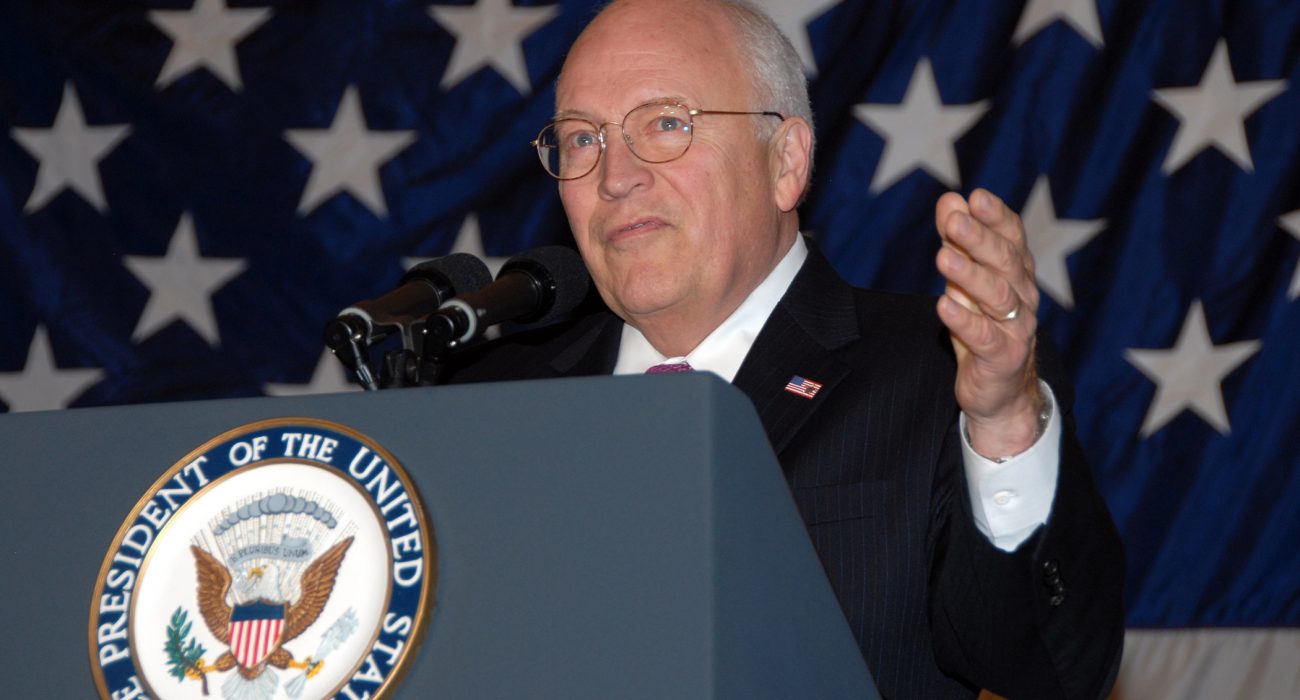 Wyoming, 1963: A frustrated Lynne Cheney tells her hungover husband, Dick, to sort his life out after bailing him out of jail.

Washington, DC, circa 1980s: A middle-age Dick collapses in the US House of Representatives. “Are you okay, sir?” asks an aide. “I’m having a heart attack, you idiot,” says Congressman Dick.

Texas, 2000: George W. Bush (Sam Rockwell) calls elderly millionaire oil executive Dick Cheney to ask him to be Vice President of the United States, which is supposed to be a symbolic and useless job. As the phone call plays out, the camera hovers over a painting of a large dog holding a stick away from a small dog, telling us exactly how their relationship is going to work.

Writer-director Adam McKay uses the unorthodox humour of The Big Short to explore the irreverent political drama of Washington, DC and tell us a lot of interesting things about the Republican Party from the Nixon era to the Bush II era. The main message is this: the problems we see today – with Trump, with Islamic extremism, with the erosion of trust in new sources – they didn’t come out of nowhere. These problems were engineered by a lot of powerful people, intentionally or otherwise, and this film is ready to start pointing fingers.

McKay’s comedic flair and intellectual acuity balance the tragedy and humour of a government where scenes of corrupt politicians finding legal loopholes to commit war crimes are intercut with shots of big cats hunting gazelles. Over-the-top adverts with poppy jingles interrupt planes crashing into the Twin Towers or airstrikes in Iraqi cities. Cinematographer Greig Faiser’s technical skill can not be understated. He breaks through the tough conservative shell of the Cheney family and exposes their intimacy with extreme close-ups.

Christian Bale and Amy Adams steal the show, playing Dick and Lynne respectively. Adams with a  dynamite performance of a wife who can reign in some of the most politically powerful people on earth while Bale is almost nowhere to be seen throughout the film’s 132 minute  runtime, because every part of him transforms into Dick Cheney with chameleon-like verisimilitude.

This film is worth watching for Bale’s performance alone but if you go, you’ll also get a few laughs and learn a little something about why the world is the way it is today.