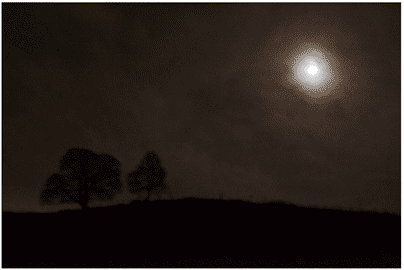 Photo: 'The night is darkening around me' @ Maya Sharp

Maya Sharp is a second year student at Manchester Metropolitan University. Her photographic work finds inspiration in a range of literature based disciplines, and brings to life female poetry and religious historical figures through the modern photographic lens.

Emily Bronte, a significant and prevalent figure in classical literature, has certainly been at the crux of inspiration in two of Sharp’s pieces. ‘The Night is Darkening Round Me’ is an example of how Sharp channels her interest in poetic literature to create a series of images which express themes and moments from Bronte’s poem ‘Spellbound’.

The images captured are light and ambiguous, to such an extent I’d argue some look as though they have been painted. The contrast of the eerie dark night with the piercing whiteness of the moon illuminates the shadow of the clouds to create a feel of acrylic paint strokes. Through a blend of slow shutter speed and some texture from photoshop, the images curated are truthful to the camera and the vast character of the Yorkshire Moors.

The inspiration of Emily Bronte in Sharp’s work derives from a nostalgic relationship that both Sharp and Bronte share. The moors that feature in the novel ‘Wuthering Heights’ is an area close to Sharp’s home where frequent trips were made as a child. While there is a depth of interest in expressing the hypnotic powers of the Yorkshire moors at night, a sense of spirituality is heightened in arguably one of the most haunted places in the Northern Hemisphere.

Historical figures such as Joan of Arc also feature in Sharpe’s photographic work, which blends a compilation of religion and literature in a series of modified photographic images.

Through contrasting the old with the new, Sharp’s photography incorporates traditional literature in a range of forms and allows people to reconnect with works and stories that are often deemed ‘dated’. 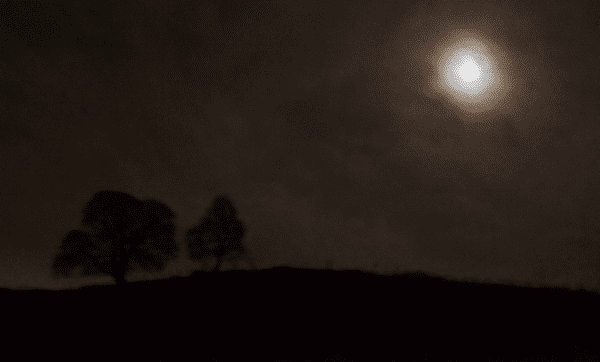 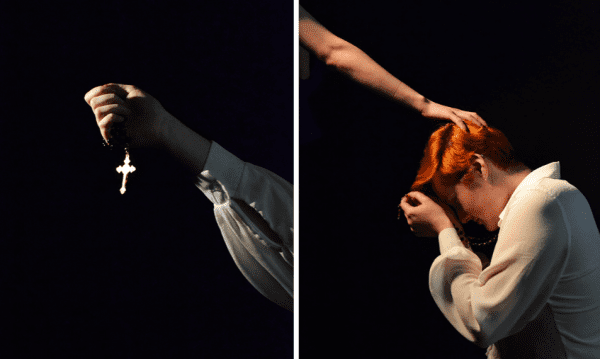 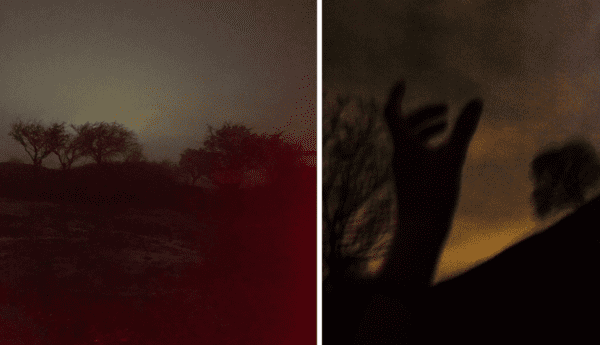