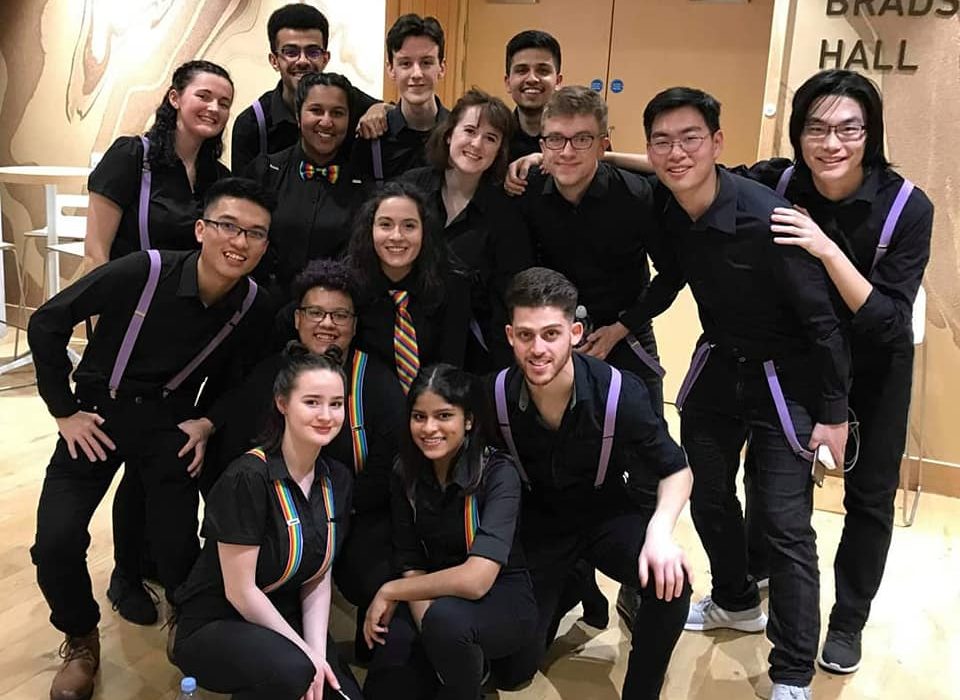 A cappella group Fantastic Beats go to the ICCAs

The A Cappella Society’s competition group, Fantastic Beats and Where to Find Them, have recently got through to the quarter-finals of the International Championship of Collegiate A Cappella (ICCAs).

Fantastic Beats and Where to Find Them were founded in 2016 by Jamie Davis, a former PPE student at the University of Manchester, with the dream of competing in a cappella competitions. Since then, the group has noticeably improved. In 2016 they first auditioned for The Voice Festival UK, a national competition in which different a cappella groups across the country compete, but, unfortunately, they were unsuccessful. However, in 2017 they qualified for the semi-finals of the festival, after which they went on to the finals. They won two Outstanding Choreography awards and received an Outstanding Soloist commendation.

This academic year has been their greatest achievement so far. They managed to progress to the quarter-finals of the International Championship of Collegiate A Cappella, which took place in Birmingham on 17th February 2019. The ICCAs is a competition of collegiate a cappella across the UK, USA and Canada, a competition best known for its feature in the popular film Pitch Perfect. The group sang three mashups, containing songs by Prince, Frank Ocean, Daft Punk, and Arctic Monkeys, all arranged by their Musical Director Courtney Levy. Unfortunately, they did not get through to the next round. However, looking at the progress they have made in such a short time-span, it definitely will not be long until Fantastic Beats will be known by all a cappella enthusiasts.

Ruby Campbell joined Fantastic Beats in September 2018. Looking back on the academic year, she comments that “it was an amazing experience to compete in the ICCAs, and it has definitely brought us closer together as a group. Aside from performing, it was a chance to socialise with other university a cappella groups, and make new friends. The trip was the highlight of my time in Fantastic Beats so far, and I am excited to see what next year has in store!”

The group, now comprising fifteen members, is still hosting concerts and is available for bookings via [email protected] Alternatively, have a look at their Facebook page to keep up to date with their future progress. They’re certainly a group to watch.

If a cappella is something you might be interested in, the A Cappella Society are a friendly and inclusive group, made up of singers of all abilities. There are five groups within the society that sing in their summer and winter showcases. For more information on auditions and showcases, join their Facebook group.