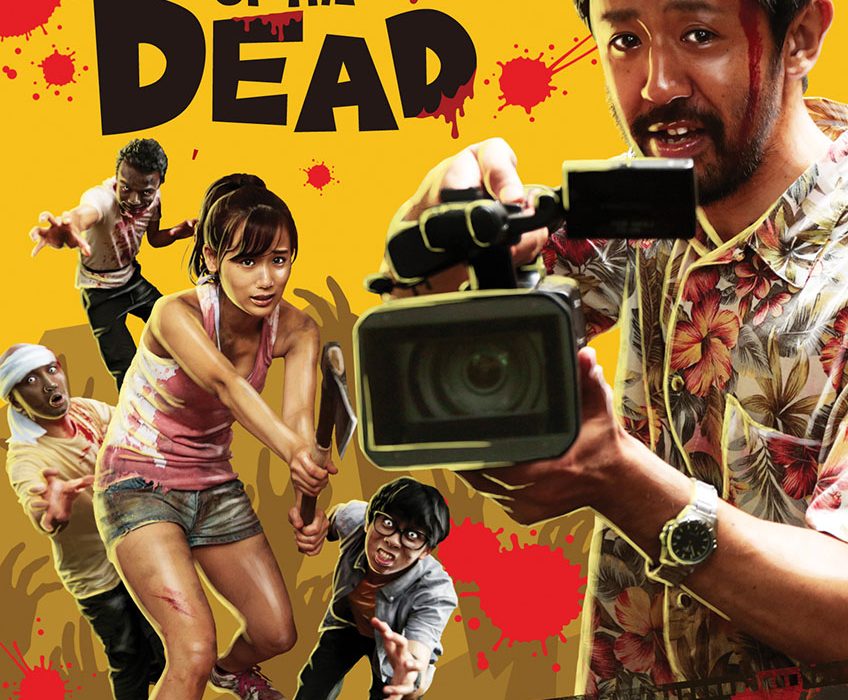 Review: One Cut of the Dead (Kamera o tomeru na!)

From a clever one-shot sequence to a wholesome tale of ‘teamwork making the dream work’, One Cut of the Dead is a feel-good flick that both horror-lovers and haters will adore. Slick camerawork, an absurd setting and charming performances from the cast are all elements which I appreciate. However, Shin’ichirô Ueda’s script is light on the horror and heavy on the comedy, resulting in a film which is incredibly accessible to any skittish viewer, and had me laughing almost constantly for the 90-minute runtime.

At its core, One Cut of the Dead teaches us that if anything can go wrong it will go wrong during filmmaking, but teamwork and perseverance will get you through. To spread this uplifting message, Shin’ichirô Ueda directed and wrote One Cut by flipping the overdone zombie flick cliché on its head. The first half of the film is almost paradoxical: it’s a fantastic one-shot sequence that lasts almost 40-minutes, but the acting is comically bad with awkward pauses and cheesy effects.

It is very clear, however, that the tone is tongue-in-cheek. The subsequent flashback provides context: the character of Director Higurashi (Takayuki Hamatsu) is tasked with putting together a cast and crew to film a one-shot horror film, recorded live, on a shoestring budget, and, as expected, what can go wrong goes hilariously, absurdly, and exaggeratedly wrong.

Since its Japanese domestic premiere in 2017, One Cut of the Dead has made a world tour, being screened at over 40 festivals and winning a multitude of well-deserved awards. Like the film within the film, Shin’ichirô’s budget was equivalent to $27,000; since release, the feature has earned $30,000,000 domestically. This goes to show that what matters in film is a touching story delivered by good actors and presented in an original, captivating way.

One Cut of the Dead is my new favourite feel-good-flick, knocking Jon Favreau’s Chef off the pedestal. My first viewing had me in fits of laughter and guessing at every pause; I can’t wait to return to it time and time again as I show my friends the joy of wholesome Japanese cinema. Don’t be squeamish and look past the light half hour of horror — I’d even say that it’s not horror and that anyone who has watched the music video for Thriller will definitely survive this small apocalypse. One Cut will ultimately make your heart melt with joy instead of pounding with fear. Who knows, maybe you’ll shed a happy tear or two, just as I did.

One Cut of the Dead is currently still being shown at festivals and is available to purchase or rent online from Third Window Films.