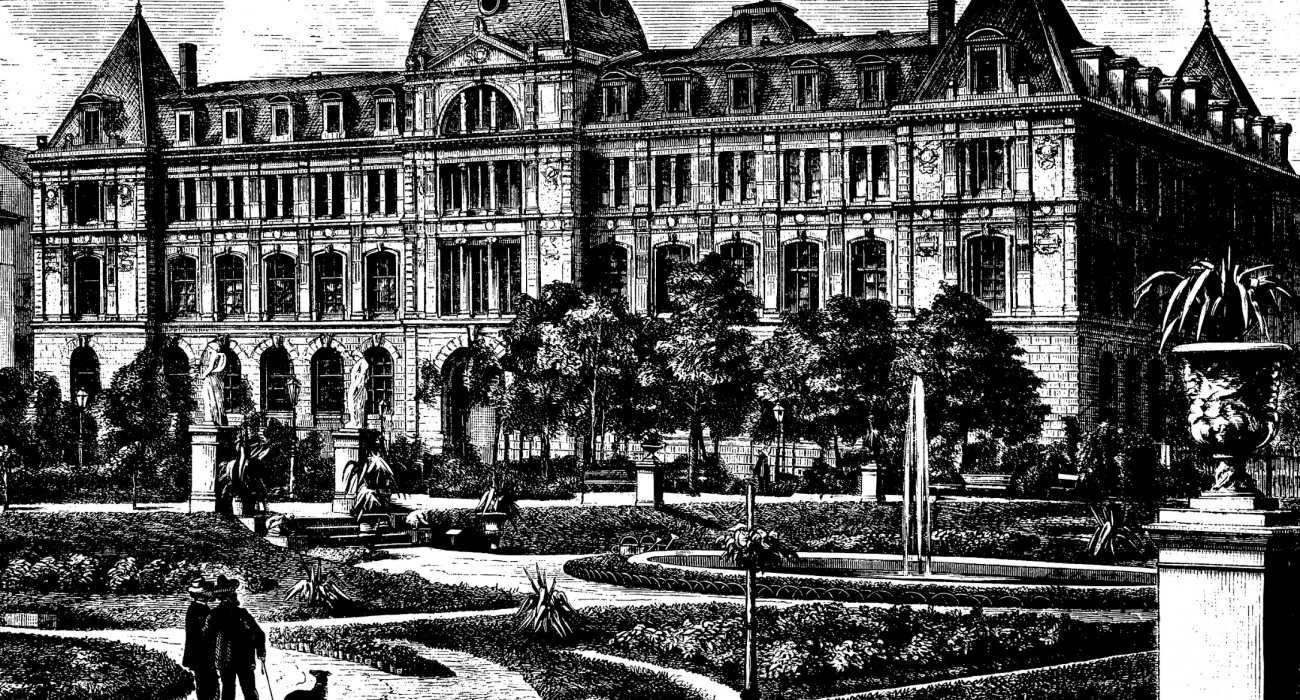 Industry, engineering and science: A history of north campus

In the shadow of a huge red brick building, a small group of wanderers can be found ambling down Sackville Street craning their necks to admire the 19th century architecture. They are followers of a heritage tour stoutly named ‘The Rise of a University: Industry, Engineering, and Science’, and on this particular Wednesday, it was led by a representative of UoM’s University History Research Group, Sam. Ostensibly, the tour is about the history of north campus, known as UMIST for most of its lifetime.

The Mechanics Institute started, as most good things do, in a pub: the Bridgewater Arms in 1824. A group of industrialists saw great potential in the huge population growth Manchester was seeing in the 19th Century. With the promise of education and employment, the industrial revolution had encouraged more and more people to flock to the city; however, most of these bright young sparks had little formal training.

When the Mechanic’s Institute moved into its first premises on Hooper Street, it was the first building in the country solely dedicated to technical education. The Institute initially saw a rocky start, but by the latter half of the 19th Century, teaching improvements meant that it had the highest employment of any technical institution in the country. By this time, it had undergone its first name change, now called the Manchester Technical School.

Throughout the 20th Century, the School underwent seemingly exponential growth: the Sackville Street Building was constructed in 1902 but underwent intermittent expansions until 1956. In the ‘60s ten new buildings were constructed and a new style adopted: modern brutalist architecture. After several further name changes, the institution finally settled on UMIST.

Despite their somewhat less grandiose look, the newer buildings do have some interesting history: the Barnes Wallis building used to be home to UMIST’s student union, whose hallowed stage saw appearances from many big names like The Who, Def Leppard, and Jimi Hendrix. The Renold Building is home to the largest lecture theatre on campus (C16, whose acoustics are so finely tuned that the BBC hosted its Chamber Concerts in it one year); and the Mathematics and Social Sciences Building’s mottled-grey heights were once the tallest on campus. Now half-abandoned, the puzzling juxtaposition of its resident faculties needs no mention.

A decade later these plans are finally coalescing into reality. On Upper Brook Street, the great steel skeleton of the new engineering campus is taking shape. Following the 2010 Nobel Prize for physics going to UoM researchers, two new graphene labs have been built. In fact, since 2012, the University has initiated more than 20 major development projects.

These developments are in fitting with the trends in the rest of the city. The Manchester skyline is inundated with cranes and half-finished construction projects, indicative of its major social and economic rejuvenation.

How the historic buildings of north campus fit into a constantly evolving city is a question that, for the moment, can only be answered with speculation. Originally, they were planned to be demolished and the plot sold off, but other rumours decree the site will be used as conference and expo space for future research and innovation.

The financial incentive of selling off the site cannot be overstated: north campus happens to be the largest single-owned plot in close proximity to a future High Speed 2 railway connection. A soon-to-be-vacant plot of this significance will surely not remain unnoticed by Manchester developers.

It’s clear that since the 1996 bombings, the policy of the city has been closer to unwavering progress than dawdling conservation. Beetham Tower, Deansgate Square, and the plethora of other skyscrapers in the process of joining them up on the Manchester skyline are proof enough. Since the industrial revolution the University institutions have played a huge part in the social and economic development of the city, but for now, the fate of the historic UMIST campus is similarly up in the air.