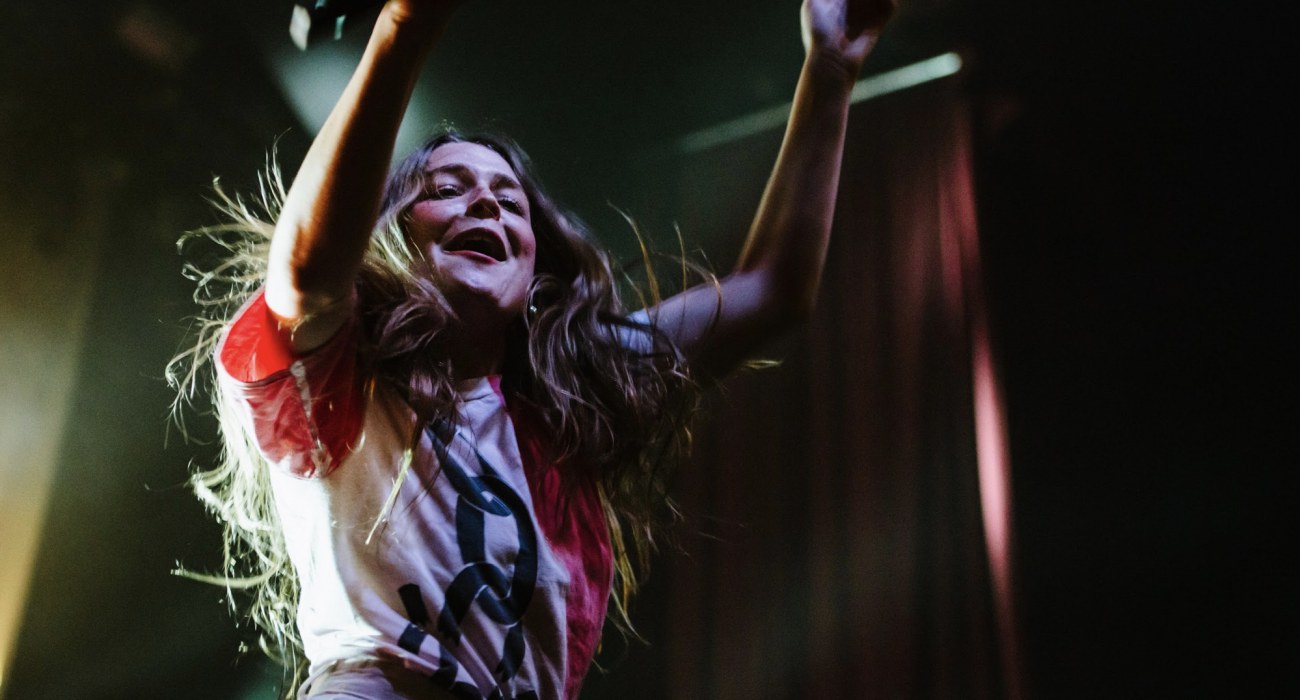 In Conversation with Maggie Rogers

It was the day before Maggie Rogers was due to play the biggest venue of her life, Manchester’s O2 Ritz. Fresh off stage, coffee in hand, admittedly running on adrenaline rather than tour-bus slumber, she invited me into her thrilling world for a few minutes.

With an air of Florence-like calm and Stevie Nicks’ confidence, Maggie Rogers was a force to be reckoned with. She sat wearing acid-green-wash jeans, holding my gaze. Physically, of course, Rogers is beautiful. She struck me in every way authentic while oozing a certain coolness. More importantly, she has a powerful energy that shows power and femininity are not separate entities but are intertwined. Rogers named Patti Smith as one of her main influences, and it wasn’t hard to see why. Patti Smith was known for being one of the very original female rock and rollers, inspiring bands such as Haim. The combination of a fierce spirit, poetic lyrics, and stage presence is where both Patti and Maggie’s success lie. Maggie is following in her footsteps by portraying the same honesty and experimentalism in her artistic expression.

The eye contact meant that we could chat casually, and I could “read the energy”, as Maggie put it. This energy was electric, and it wasn’t because she’d just got off stage after rehearsing. I sensed this was a well-established presence that wasn’t about to fade.

Rogers doesn’t mince her words, and speaks when needed. She does so in a way that makes the mundane seem poignant, much like her lyricism. Despite the mostly tranquil mood, there is a grittiness and realism to tracks such as ‘Alaska’ and ‘Back in My Body’ – melancholic in tone, but emotive nonetheless. It is lyrics like “I am here and in the poem of my mind”, that are relatable and meaningful to a modern day audience.

Maggie, someone who really did “trust [her] inhibition”, felt confident that she would “know when it was right for the next thing” in terms of musical progression, but for now, she’s simply here to “enjoy it,” saying “I’ve been working 10 years for this!” Maggie is proof that the second wave of fierce, strongly spoken and authentic women, particularly within the music industry, are here. She is the perfect embodiment of a new wave of feminist role models, that we, as women, all needed growing up. From lyrics centering around selfhood, oneness, passion, and growth instead of love, breakups and female competition; these are positive love letters for the next generation of girls.

Many of her songs possess a calming quality – definitively folky and soulful, with post-modernist electronic elements, which Rogers proclaim are due to a “spiritual experience in France”. She talks of her humble, banjo-playing musical upbringing – a time in which for three years she didn’t make music at all – whilst  “working through some things” and focusing on studying. But now she’s back to making music, she simply “can’t make enough.” Strangely enough, Rogers had been “making and releasing music for ten years” before Pharrell Williams discovered her at an NYU songwriting workshop.

On life after that workshop, the pivotal moment in her career, she is now ecstatic with the success of her new album Heard It In A Past Life. As an album drenched in synths, it’s enough to induce a meditative state. The spiritual lyrics, revolving around all the big themes of life, nature, and love, allow Maggie to shed new light on these with poignant lyrics. Much of the album is about life after graduating and learning to deal with everything that happens in the mind and how this can translate to the wider world.

During our chat, Maggie was confident, self-aware and, dare I say it again, authentic. On being branded as such, she wondered, “What does that mean, I’m so myself? There is no persona, no gimmicks”. Maggie should, of course, be branded authentic. She is just continuing to be herself, in an ever-changing music world, while navigating the confusing, foggy post-grad state, like so many of us are. Asking about being a role model to young girls she replied “It’s so much cooler to make something you like and say if you don’t like it. If you do like it, that’s cool too, come to my concert and we can dance together”. The rawness of these words seeped through as I was reminded of my own views of creativity and living life to the fullest.

This was a take away feeling after seeing Maggie live, with it being one of the most enjoyable shows I have ever been to. Rogers, performing as an uncensored version of herself in every way, meant I could let go of my inhibitions and enjoy the show in a new way too. I felt myself dancing more freely, singing louder and being a rawer, unfiltered, happier version of myself. I looked around at the smiling, swaying crowd, and they were doing just the same.

Tags: Heard it in a past life, interview, Live, Maggie Rogers, Pharrell Williams