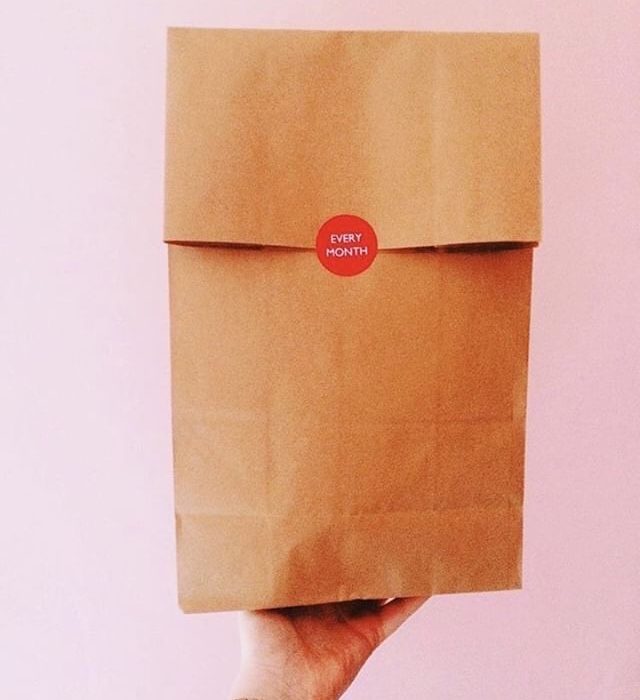 Getting in touch with Every Month founder Rosy Candlin was like reaching out to an old friend. Having followed both Every Month and Rosy herself on Instagram I contacted her about organising an interview, although arranging a day proved tricky when we discovered that we were both attending Maggie Rogers on consecutive nights. Nevertheless, we managed to arrange a phone call, which began with us both gushing about the gigs and comparing reviews. However, the purpose of this conversation was not to review live music but to tackle a more serious issue: that of period poverty.

Rosy began Every Month in 2016 after she had graduated from Edinburgh University and returned to her hometown of Manchester. At the time tampon tax was being widely discussed, yet Rosy noticed a more prominent problem was evident in the city. “There was a lot of more notable poverty in Manchester than before I had left,” Rosy explained. “There was all this talk about the affordability of products… [yet] we were talking about an issue but also missing the issue.”

Unlike the tampon tax, period poverty does not receive the same level of media coverage, despite it being a more serious problem. As Rosy pointed out, “I knew that I was always going to buy the products regardless of whether they were taxed…but for the people in poverty it’s not about the tax, they literally can’t afford them anyway.” She came up with the idea of making ‘kindness period packs’ in order to help those who struggle to buy sanitary products, and that was how the idea for Every Month came about.

Rosy started making packs in her living room, on a very small scale. “It was literally me just putting things in…I made 250 packs a month, just me,” she explained. Each month she would drop them off at two food banks, making that time of the month a little easier for a small group of people. These first few months were both more and less challenging than Every Month is now; the movement was a lot smaller, but this also made it more manageable. “No one really cared about it at all, that was tricky…[but] I had a lot of time on my hands. It is harder now than it was then.”

Now Every Month has expanded considerably, there are 10 trustees involved and around 70 volunteers. “The trustees shape the way Every Month will go, in terms of which direction, like a committee…it’s so great to have all the volunteers to help.” Nowadays they make 800 packs a month, generating a significant impact in the Manchester area. The movement is currently in a slight limbo phase, as Rosy described it, “We’re in a weird place, we’re a bit too big, but everyone’s a volunteer, [so we’re] not big enough to be employed by Every Month.” Like all volunteering work, having an impact takes a lot of hard work and dedication. 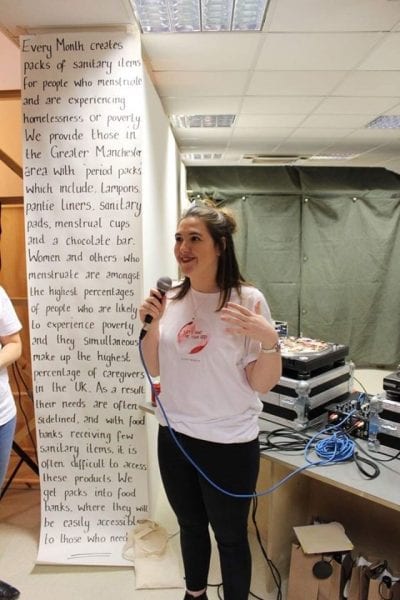 Rosy currently lives and works in London at a cancer support centre, which she helps to arrange fundraising for. However, she’s still heavily involved with Every Month and does all the organising for it. You would have thought that creating a movement like this would give you an immense sense of achievement, yet Rosy is very humble about the whole thing. “It isn’t just me so I don’t have this feeling of ‘wow I helped all of these people,’” she told me. “When I see people making all the packs, I’m like ‘whoa, cool’. But we’re not at our goal yet. If we can get menstrual products free in Manchester, we’ll be like wow, we did a thing. Right now I don’t reflect on it much.”

Every Month has certainly gone from strength to strength since 2016, although it has been faced with challenges, revealing the complex nature of period poverty. In the beginning, Rosy included sachets of hot chocolate in the packs, which had to be replaced with chocolate bars as some women could not afford to boil the water required.

The campaign seeks to be gender neutral, they help all people who experience period poverty, no matter what gender. “Sometimes we have people who fundraise for us and say they are raising money for women, that’s ok but we want to keep it neutral,” she revealed. Sometimes the result of that is that we’re told that we’re erasing women.”

Sustainability is an aspect which Every Month have considered when creating the packs, however, because of the nature of the situation they have decided against the inclusion of reusable sanitary products in their packs. “The majority of our packs are disposable products, I totally agree with sustainable products and non-disposable, however, we have made the decision to give people who can’t afford them access to sanitary products, but we don’t have the resources to explain the safest ways to use a menstrual cup,” Rosy told me. “The most important thing is providing some sort of access…it is making a compromise.” Disposable sanitary products are certainly better than no products at all.

The campaign was recently featured in a BBC Radio 1 documentary, ‘About Bloody Time’, which showed Every Month alongside two other movements in the UK who are combatting period poverty. Rosy explained to me that the show helped to legitimise what they do, although it has not necessarily brought Every Month any more funding. “It adds a slight bit of legitimacy to what we’re doing…it’s raised the profile of period poverty. But what keeps the campaign going is financial and product donations.”

Social media is the outlet which brings Every Month the most engagement. Their Instagram page is full of period-positive illustrations, breaking down some of the stigma associated with menstruation. In fact, on their website, you can buy decorative pins featuring a pair of smiling tampons, the purchase of which pays for a year’s worth of period packs for one person.

Every Month is definitely playing a role in fighting period poverty here in Manchester, so what can be done to target period poverty on a national scale? Rosy advises several different approaches, tackling the problem from different angles. “I think it’s important to write to your MP, as they can raise its profile and support the campaign,” she suggested. “It has more impact when constituents write to them compared to us contacting them. People can donate sanitary products to their local food bank, they will always be accepted, or you can donate to us on our website.”

For Rosy, it can even be beneficial to just discuss menstruation, after all, it was due to a lack of discussion that this problem was ignored for so long. “Talk about menstruation openly, without embarrassment: a lot of period poverty is enabled by the fact that people feel uncomfortable to talk about it, so people are less likely to.” By changing our attitude towards periods, more people can get involved with solving the problem, and already that discussion is becoming more evident in society, compared with several years ago. “I forget there are so many people who don’t know that it’s [period poverty] a thing. When Every Month started, the media wasn’t talking about it. It’s now being covered by the media but talking even a little bit is such an easy entry [into discussing period poverty].”

The beauty of Every Month is that it does not just provide help for people in poverty, but it also brings volunteers together and creates a close-knit community. They frequently organise ‘packing parties’, where everybody gets involved with creating the packs. Even though Rosy is based in London, she comes up to Manchester often to be a part of it. “Yeah I love it, it’s my favourite thing,” she said happily, “Very rarely are there spaces like that, very few people know each other outside of Every Month…I really like it, there are women of all different ages, loads of cool women, literally no one has turned up who hasn’t been nice, everyone wants to get it done and have a nice time.”

Organising Every Month is not an easy job, sometimes the financial factors involved can make it seem like an impossible task, as Rosy described to me, “Even during the hard moments, the admin, it can be frustrating. We’ve put on events that have been so stressful, looking at the bank account is stressful.” But the joy generated at the packing parties makes it all worthwhile, “the packing and doing of Every Month really help to create a nice afternoon, even if it is just ‘I’ve had a nice afternoon today’. I’ve met some really cool women who I’ve known for two years now…we even have an Every Month baby! It’s given me a lot back.”

For the time being, Rosy wants Every Month to continue its work in Manchester and keep raising funds to make more packs. “Keeping afloat, bringing in money…those are the things that we’re focusing on in the immediate future, to keep us going. Come along to any of our events because that helps out.” She does have hopes that over time Every Month can have a greater impact on the situation in general, by bringing about more long-term change when it comes to period poverty.  “We need to increase our campaigning side. Where we are trying to make change, sustainable change. I want to grow, but not quite yet, we don’t have the capacity yet. We want the campaigning to match what we do.”

Every Month will be hosting an event at Cubo on Monday the 11th March, to raise money for the campaign. Details can be found on Facebook. You can find out more about the campaign on their website. 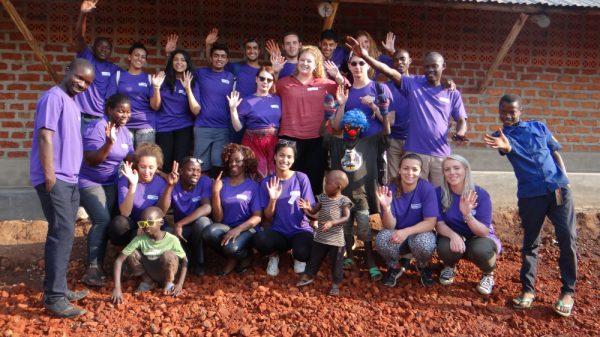 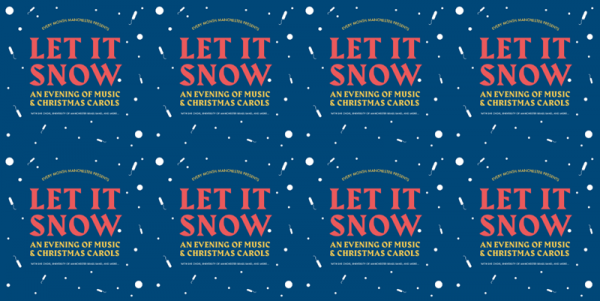 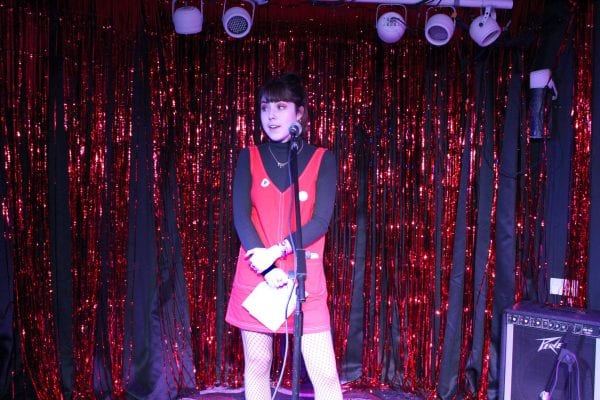