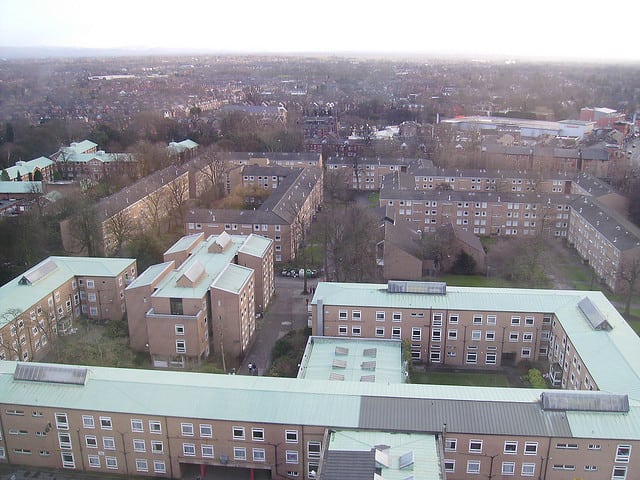 Staff across the city have raised concerns about the ResLife restructure. Photo: Iris Chase @ Flickr

Tickets for next month’s Oak House Ball are being resold at jacked-up prices – in some cases four-times the face value.

The first block of tickets for the March 25th annual showpiece went on general sale on February 26th, priced at £20.

With 1,000 Oak House residents and just 300 tickets initially available, they sold out in an hour and some began to appear on buy and sell sites for significantly higher prices.

The event includes a drinks reception and three-course meal at the Principal Hotel, half a bottle of wine, and an after-party featuring Hyde Park Bass.

One post on Fallowfield Students’ Group (FSG) offered a single ticket for £50, and described the price as ‘the bargain of the year’. It claimed that some were re-selling for as much as £80, with another post offering this price of four times the original.

The Mancunion has seen screenshots of messages from people attempting to sell tickets for £80, a markup of 300% on some of the first set of tickets released at just £20.

The event is incredibly popular, and with the cost of the ball around £60 per person, organisers had used the budget to subsidise prices.

The official event page briefly advertised tickets available for cost price (£60), before it was confirmed that an extra 200 tickets would be released on February 28th, after a compromise was reached with the Principal, although this will still mean just half of the 1,000 residents can attend.

It is unclear as to whether this second release was organised in response to the expensive re-sales.

This extra wave of tickets were priced at £35, a half-way house between the original price, and the £60 cost per person. The extra 200 tickets will reduce the sky-high prices being offered through resale, and will allow a greater proportion of Oak House residents to attend.

As a result of limited tickets being available, the event’s official policy is to prevent those that do not live at Oak House from entering.

It is unknown whether this fact is being widely advertised on resale posts, with students at risk of overpaying hugely for a ticket, and then being barred from entry.

Organisers will hold a list of the names of Oak House residents, checking those entering against this.

Some may level criticism at the organisers over the release of all tickets in a single selling period, with the staggered release of tickets likely to allow a wider number of residents a chance to purchase one.

One first-year music student said: “Who’s going to pay £80 for a night when you pay £99 a week on rent? They probably didn’t sell the tickets for [£80] and just gave that price to pressure people into buying.”

Other students were unhappy about the allocation of tickets and the fact they sold out so quickly.

Prasham Sheth, a first-year economics student said: “Precautions should have been taken so that only one ticket could be bought per person or per card. Since Oak House has funds more than any other body, subsiding 300 tickets to 20 from 60 wasn’t a smart thing to do. They could have subsidised 400 or 500 tickets at 30 to 35 pound keeping in mind the student population of Oak House.

Whilst some people were displeased about the ‘Night in Vegas’ ball being for Oak House residents only, some noted that this is a difficult policy to enforce. One student, who chose to stay anonymous, told The Mancunion that they had been in contact with a member of the Oak House Residents’ Association, telling them that if sales were to have been made through the Students’ Union site – as opposed to Skiddle – the event could have been restricted to Oak House residents only.

They added: “The Oak House [Residents’ Association] budget is not meant to go on any non-residents and therefore the subsidised ticket that they are selling is unfair if it goes to a non Oak House resident as the subsidy comes out of the rent that they pay that year for their halls.

“I think [the ball] is a great idea and if the RA pull it off then it’s amazing and total congratulations to them but it’s just unfair that other halls have been strict on their ball ticket policy and subsidy and [Oak House’s] has just turned into how [they] can sell out and also resell tickets. It’s a bit ridiculous.”

When asked by The Mancunion for a comment regarding the re-selling of tickets at higher prices, a spokesperson for the Oak House Residents’ Association said: “After hearing the concerns about ticket allocation we have decided to reallocate funds from other future events to the ball and so we are releasing 200 tickets at £30.

“500 is the maximum capacity the venue can hold for an event like this. We were not expecting anywhere near this level of interest in the ball.

“It’s also important to mention that we are students volunteering our time to organise this event and not professional event planners. Organising an event for this many people is a huge undertaking. We are trying to put on the best night possible for the most people.”