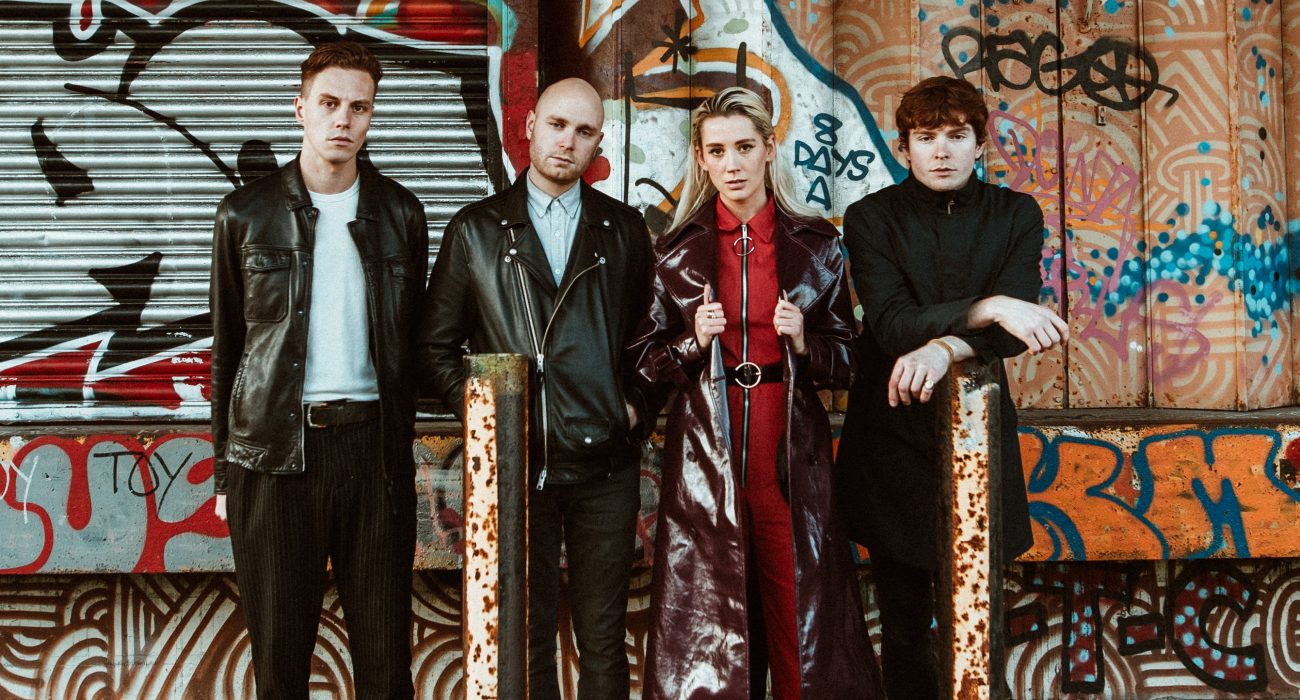 Melodic, a little metal, and taking off with meteoric force — meet YONAKA, a quartet who pack some serious punch across their unique discography of guitar-heavy riffs, punk rock aesthetic, and production of pure lyrical dynamite. YONAKA (which translates as “the dead of night” in Japanese) explores the band’s aesthetic prowess as a band with the potential to embody a darkness associated with the ideas surrounding metal and heavy rock culture.

However, upon listening to their vast plethora of work it becomes clear that their influences in music stretch much further than metal and embody elements grounded in rock and mixed with a distinctive pop style. It’s not femme rock, it’s not punk, and there are some nods to the elemental features of grime and hip hop which seems wild if you’ve never heard their music. In fact, so striking is their disregard for genre, that their sound seems to repel any form of concurrence, with hip hop sound sampling prevalent across tracks such as ‘Creature’ and yet a riotous tone of rebellion on singles such as ‘Bubblegum’. To some, this could indicate a type of indecisive nature within the band’s creative and production process. The results of their genre blend have quite a different impact with an apparent cohesive and direct message across their lyrics. A regular theme throughout the song is the power of the nightmare. The lyrics often berate nightmarish figures and celebrate the free spirit of youth which rises above the darker characteristics that can be found in others or in the self.

Lead singer Theresa Jarvis has the kind of cutting, rock-tinged vocal that unashamedly spits the intended venom of the lyric whilst still providing a somewhat striking explosion of punk rock elegance within her stage presence. During their recent stint as support for Bring Me The Horizon’s MANTRA tour, she proved her salt alongside the likes of FEVER 333 easily stealing the show with a unique performance that seems to cut directly to the core of the band’s ethos. The desire it seems is not to conform to the existing guidelines and instead explore the wild possibilities of letting a sort of reckless abandon take over the very experience of the track. This makes for an exciting live performance and indicates the band’s ultimate passion to lead a movement of new music that collaborates and develops subcultures.

The taunting tone of ‘Teach Me To Fight’ captures an exciting, punk-infused current that translates into a vigorous and reckless abandon in their live performances. It is the continuation of this strong, energetic vigour that will be interesting to track across their album Don’t Wait Till Tomorrow which is set for release on 31st May 2019.

YONAKA’s Don’t Wait Till Tomorrow tour begins in Birmingham on 15th March 2019 and includes a sold-out stint in Manchester at the legendary Deaf Institute. Capturing the attention of rock, punk, and metal fans can be tricky as a new band so it is exciting to see how YONAKA will take on this opportunity. If their performance on The MANTRA tour is anything to go by then expect a furiously energetic gig, defiant of genre boundaries!