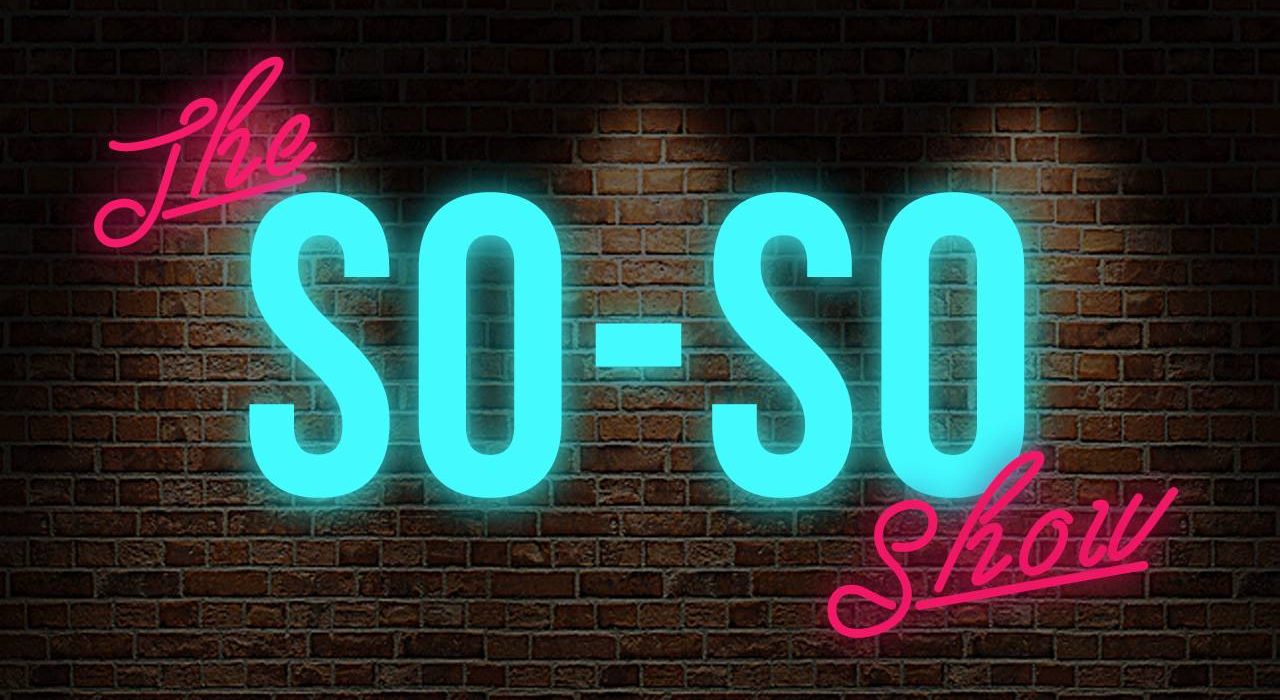 Last week, we brought you the preview of Fuse TV’s latest venture: The So-So Show. After a long day working on The Mancunion, a few of us decided to head over to the SU to see just how so-so it’d really be.

Seeing as a societies show by a student society is pretty much exactly what this section is all about, I was looking forward to a great night. I wasn’t disappointed. Though the audience was relatively small, they were very lively, and more than up for the various audience participation activities throughout the evening.

First up were the Barbershop Singers, who performed a collection of their favourite songs, which was great fun. They’re a student-run University of Manchester society with choruses for men and women specialising in the barbershop style of singing. You don’t have to audition for either of their choruses, or be a University of Manchester student to sing with them, and no previous singing or musical experience is required! They rehearse on Fridays at St. Anselms Chapel from 17:30-19:00 for the men’s chorus and 19:00-20:30 for the women’s chorus. If barbershop sounds like your kind of thing, head on over to their Facebook page for more details.

Next up were the Women’s Theatre Society, who delivered a poignant monologue from their upcoming show, ‘The Vagina Monologues’. I won’t give too much away if you’re planning on seeing it, but expect to confront some very real issues that women face. The show itself is a mixture of some very funny, lighthearted pieces, and some much more serious ones, so you can expect to laugh and cry all in the space of five minutes. This year’s performance of ‘The Vagina Monologues’ will be on the 13th March, so follow the Women’s Theatre Society’s Facebook page for more info in the lead up to the event.

The Swing Dance Society came in next with a mixture of choreographed dancing and something called social dancing. This is basically improv where you dance with loads of different partners which, as you may have guessed, is why it’s called social. Honestly, it looked like great fun.

Juliette Flach, a member of the Swing Dance committee, told me: “we had great fun putting our petticoats and braces on for The So-So Show. I hope we got your feet tapping and you enjoyed the show!”

The Swing Dance Society are based in the SU and have dance sessions there every Friday. Classes cost just £3 if you walk in, and everybody is welcome. They also have socials after the dance classes and at Revolution on a Sunday evening if you fancy making friends along the way! See their Facebook group for more info.

Finally, Craig Rose was on from the Comedy Society. I’ve seen Craig perform with them before and he is a delight. His type of comedy is stand-up and he’s very good at it, so if you’re looking for an evening full of laughter check him and the Comedy Society out. If you want to get involved, but don’t necessarily fancy stand-up, they also run sessions focused on sketch and improv, so there really is something for everyone. If you want to know more about what they get up to, you can check out our interview with Jordan and Annabelle, who are both committee members. Or, ya know, you can just have a look at their Facebook page.

All in all, The So-So Show really was anything but so-so. It was great fun, and it was really great to see student societies being featured by other students.

Our Head Design Editor, Kizzy, said: “I left The So-So Show feeling like I’d got a glimpse into some completely different experiences our uni has to offer. I might not be joining the societies, but it was cool to see them showcased and celebrated. Everyone looks like they’re having a lot of fun, which is what it’s all about!”

If you missed the fun on the night but want to get involved, Fuse TV have more episodes of The So-So Show planned, so stay tuned for more information. They’ll also be putting the show up on their Facebook page, so give it a like to make sure you don’t miss the action.