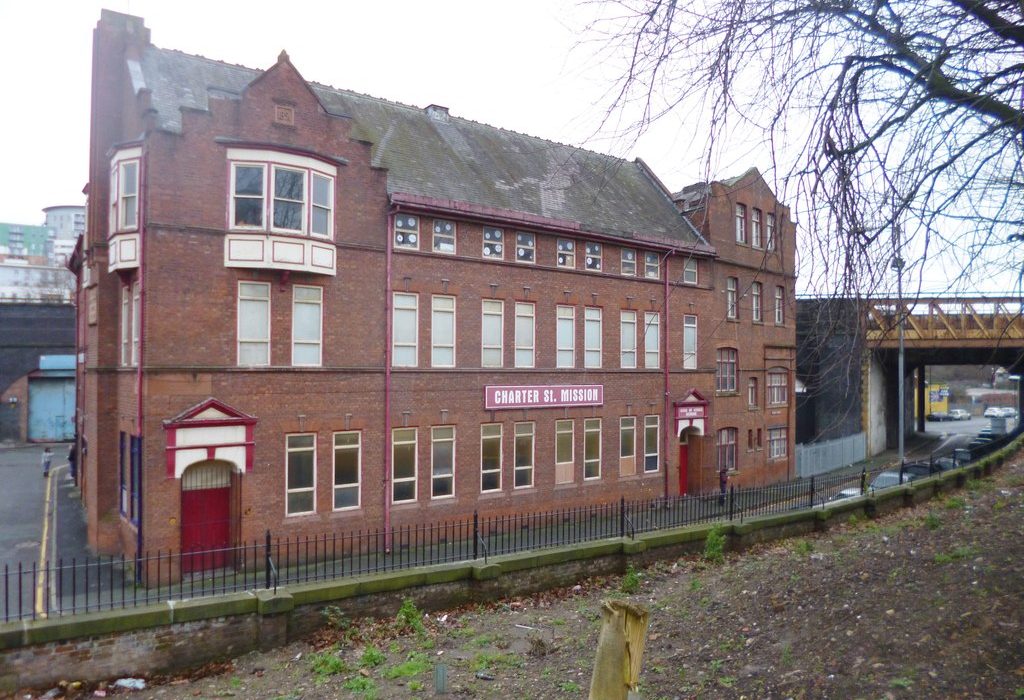 Manchester-based homeless charity Lifeshare have been locked out of their premises following a “breakdown in communication.”

On Saturday the 2nd of March, volunteers arrived at 6am to cook breakfast. However, upon arrival they found that the locks had been changed, with all their food and equipment still inside. The volunteers went to a local supermarket and bought sandwiches and drinks so they could serve something for breakfast.

On Sunday, SPIN, a local charity based in Ardwick, supported Lifeshare so that their volunteers could give out some hot food and drinks.

Lifeshare is a charity that has been serving breakfast to those who need it, including the homeless, for the last 25 years. Alongside this, they also offer a change of clothes and a chance to have a hot shower.

During this time, they have been based at the Charter Street Ragged School, located next to Angel Meadow. Lifeshare rented the premises — which are in the process of becoming listed — from The Charter Street Mission, the charity that owns the building. Two years ago, Lifeshare were asked to leave.

Vinny Tarpey, a trustee of Lifeshare, said to The Mancunion: “the area was once pretty much unloved but is now prime development territory.”

In the two years since initially being asked to leave, Vinny says that there has been “debate and negotiation”, but that ultimately there was a “breakdown in communication.” They have attempted to find a new base, but “it has been impossible to find somewhere cheap, central, and happy to take our clients in, despite help from the council, Andy Burnham, and various local charitable organisations.

“We think we have a new base in the pipeline which will be a bit further away from the city centre. We hope to be able to confirm it in the next few days and move in within a few weeks if all goes well. Until then we’ll be serving our clients on the street and praying for mild and dry weather!”

The Mancunion has contacted Charter Street Mission for comment.