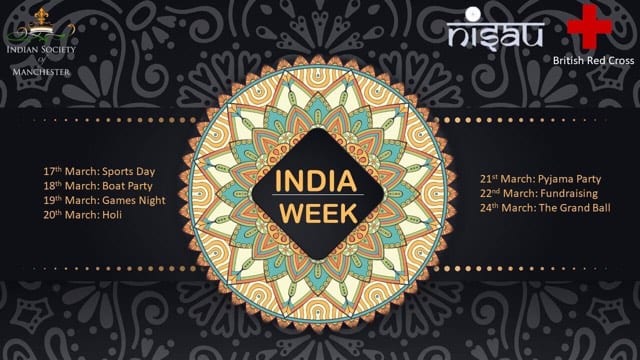 The Indian Society of Manchester (ISoM) is launching its annual flagship event, The India Week 2019, and it has so much to offer.

It’s a non-profit series of events where we call upon students to contribute and have fun at the same time, celebrating Indian culture. This refers collectively to the thousands of distinct and unique cultures of all religions and communities present in India.

The week-long celebration of everything Indian will kick off on the 17th of March with a Sports Day. ISoM has collaborated with the Pakistan Society of the University of Manchester and offers sports such as cricket, football, and table tennis which will be conducted under a competitive environment.

The Indian Society is proud to host its first ever Boat Party on Monday, 18th March at The Quays, Salford. It’ll be a merry night with drinks and friends with soft Bollywood music to both appreciate Indian culture and feed your Instagram.

The 19th of March is booked for Games Night at the Hulme Hall Bar for an upbeat night featuring games such as FIFA 19, snooker, darts, and much more, starting at 7pm.

The most popular event of Indian Week will take place on 20th March at Alexandra Park from 3pm-6pm. We celebrate the Indian festival of colours, called Holi, in Manchester with the same enthusiasm as in India. Watercolours will be made available for everyone, accompanied by a DJ and food stalls. It’s usually attended by more than 400 people, comprising both Indians and many non-Indians, who will certainly be attracted by the theme of this festival. On top of this, it’s a free event!

We’ll then spend the Thursday night grooving to Bollywood-Bhangra-English songs at Viva in our pyjama-themed clubbing night.

On “Fundraising Friday” we’ll be raising money for the Red Cross Foundation. Expect to see two stalls at the Students’ Union,  accompanied by sweets, chai, and a flashmob to attract donors. Feel free to join in!

The 24th of March marks our biggest celebration of the year — ‘The Grand Indian Ball’ at the Marriott Victoria Hotel. As another year comes to an end, we’ll celebrate with this ball in the grandest and the most majestic way possible. This isn’t just another mainstream university ball, we’ll have our own Awards Ceremony honouring Mancunian student celebrities in our own filmfare-esque style, and a farewell for all final year students.

The Indian Society of Manchester is a voluntary, non-profit, student-led organisation, which aims to share the diverse Indian culture with people of from all ethnic backgrounds. If you want to get involved with the society or with India Week, more information can be found on their Facebook page. 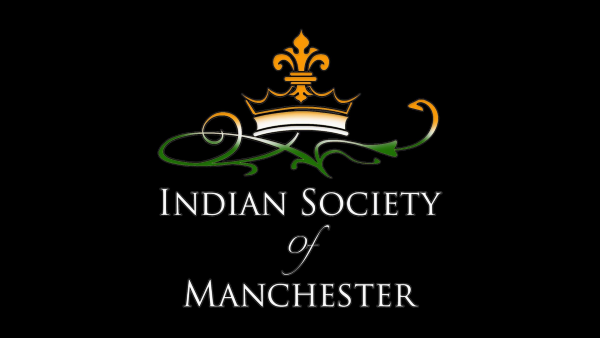 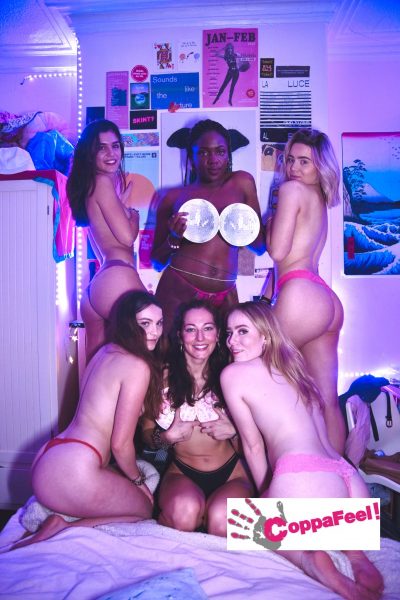