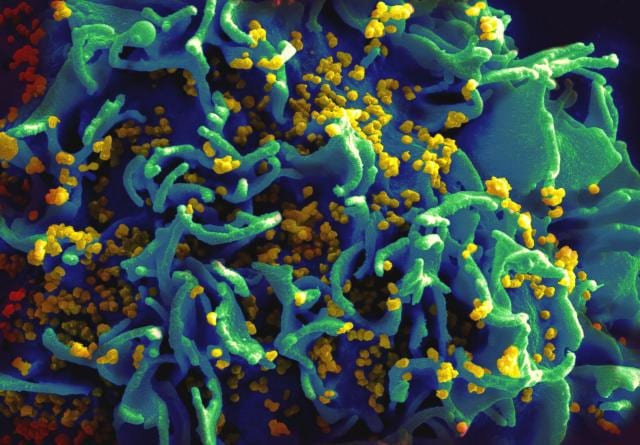 In the 1980s, the letters HIV uttered in a doctor’s office were feared as a death sentence. In the years since, breakthroughs have been made in the field creating hope for the 36.9 million people worldwide believed to be living with the infection, as a second patient is now in HIV remission.

HIV stands for Human Immunodeficiency Virus. The virus attacks the body’s immune system by entering the T cells – a type of white blood cell – multiplying rapidly and damaging or destroying them. It reduces them to such a number that the body cannot fight off every day infections. These opportunistic infections, caused by ordinarily harmless viruses, bacteria, or fungi, take advantage of the weakened immune system and wreak havoc, spreading through the body with little resistance.

The current treatment is antiretroviral therapy (ARV), which consists of a combination of HIV medications to be taken every day, enabling people with HIV to live longer, healthier lives, as well as reducing the risk of transmission. Unfortunately, this is nowhere near a cure, and must be taken for the rest of the patient’s life.

The patient, known as The London Patient, was diagnosed with HIV in 2003 and began treatment in 2012. Later in 2012, the patient was diagnosed with advanced Hodgkin’s Lymphoma (a type of blood cancer), which led to him undergoing chemotherapy and a stem cell transplant in 2016.

The stem cell transplant contained a protein carrying a mutated version of the receptor CCR5, which essentially acts as a doorway for the HIV-1 virus into the T cells. The mutation on the protein means that the virus cannot enter the host cells.

For 16 months, the patient continued with ARV until his doctors decided to pause the treatment to see if the HIV would re-appear. In the 18 months since, the patient has not shown signs of the virus recurring and his immune cells have been unable to express the receptor used by the HIV virus.

Ten years ago, a patient at first known as The Berlin Patient, then revealed as Timothy Ray Brown, was the first person in the world to be cured of HIV. Diagnosed in 1995, he took protease inhibitors for 10 years before being diagnosed with anaemia, which led to a bone marrow transplant and a diagnosis of leukaemia.

From 2005 to 2007, Brown continued ARV until agreeing to a stem cell treatment containing the same protein The London Patient received, and stopped taking his medication the same day. Within three months of receiving the transplant, there were no signs of HIV in his body.

Notably, both patients experienced a mild case of graft versus host disease that can occur when patients receive a transplant and the body rejects it. This would have led to the body’s immune system going on the attack, contributing to the suppression of the HIV virus.

The International AIDS Society has described this as “a critical moment in the search for a cure.” While these success stories paint an optimistic future for those afflicted with HIV, it is clear that this is not a polished solution. Due to the intensity of chemotherapy and the high risks associated with stem cell treatment, it is hoped that scientists will find a better way to combat this deadly virus.