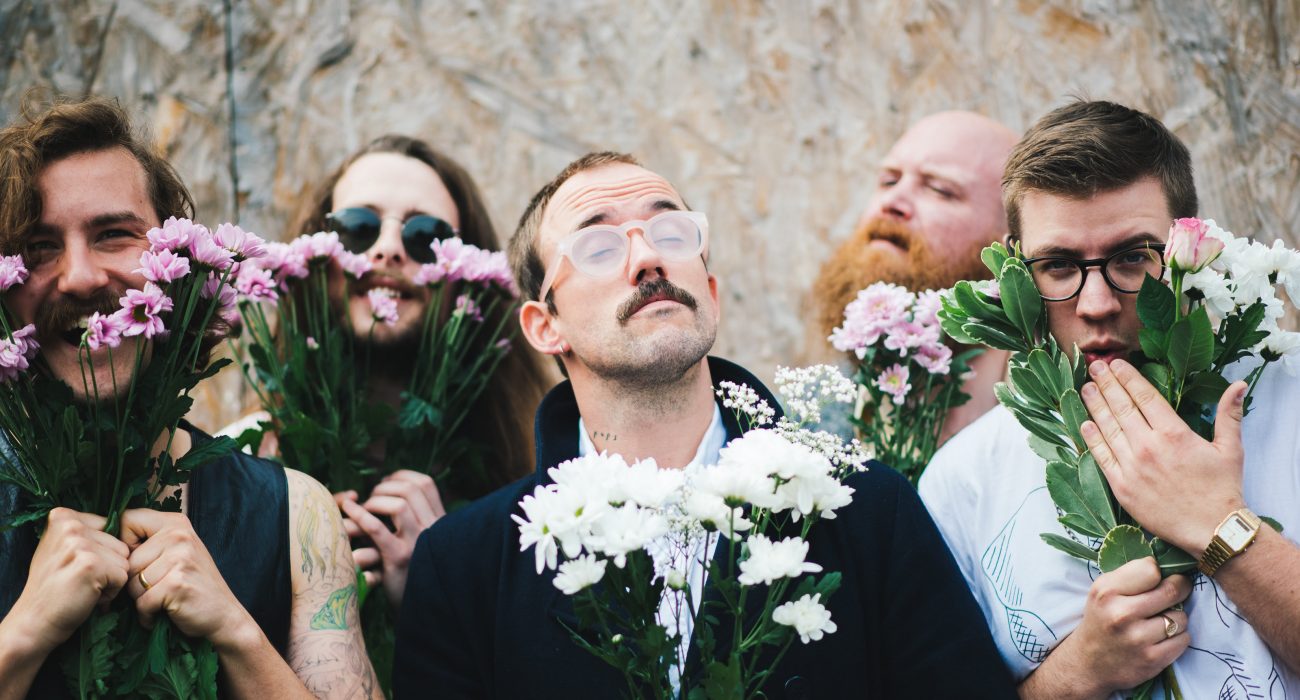 Pioneering punk prodigy Idles have certainly caused quite the commotion in the music industry since the release of their impassioned landmark debut album Brutalism which reaches its 2nd birthday this March.

This 13-track fervent anthology profusely secretes attitude, dissatisfaction, and frustration. Frustration at the government and society as well as showing clear attempts to deal with inner demons that continue to torment eccentric frontman, Joe Talbot. Brimmed with stirring riffs, armed with chest-pounding drum beats and embellished with Talbot’s soul-searching vocals, Brutalism is undoubtedly one of the greatest alternative albums of the 21stcentury.

Kicking off Brutalism is one of the album’s most notable tracks, ‘Heel/Heal’. The fairly minimalistic song structure which is brought to life with the intrusive repetition of “I’m not saying I’m not like you, I’m just saying I don’t like you” really captures the tone for the record in its entirety. After catching up with Talbot and Bowen at Manchester’s Gorilla on their 2018 tour, it quickly became clear that, despite Brutalismcertainly being a pivotal turning point in the band’s career, the Bristol-born 5-piece certainly didn’t complete it without their fair share of grievances. However, if anything such dynamics and head-strong attitudes expressed in the studio will have been a major fire behind the album’s brutal honesty and angst.

As you journey through Brutalism, ‘Well Done’, ‘Mother’, ‘Faith in the City’, ‘1049 Gotho’, ‘Divide & Conquer’ and ‘Exeter’ stand out as the band’s leading tracks. Each following the same burning urgency yet remaining unique in narrative covering class divides, the NHS, injustice and mental health. Yet again, punk appears to be the prominent genre using their platform in discussing the most important issues, despite preconceptions of its image.

After being awarded a 4.5/5-star rating by Allmusic, a 4/5 by DIY and a slightly underwhelming Loud and Quiet rating of 7/10 (well it’s not the first time critics have got it wrong is it?) Brutalism has earned its place firmly seated in the rock community. Even closer to the heart, Idles have single-handedly formed one of the most heart-warming and open-minded online communities you could ever imagine under the title All Is Love: AF Gang. The Facebook group have forged a new era of total unity, tolerance, and positivity.

Since Idles’ debut, the band exceeded expectations just last year with the release of sophomore album Joy as An Act of Resistance which arguably matched the same intensity as Brutalismbut demonstrated a more mature and diverse record. Joy earned the lads a no. 5 placement in the UK Album’s Chart and put them on the more mainstream map to be nominated for a Brit Award at the start of 2019. Although it has to be said, the Brits didn’t greatly mask their lack of humility for the lads who received no air time at all throughout the evening. Perhaps they echoed the views of  The Daily Mail who knows.

Nevertheless, the purpose of Brutalism remains a festering, blistering wound that needs extracting and dressing. The need for cleansing, relief, and healing is even more necessary in today’s political climate.

I think there’s a more promising future with bands like Idles taking some limelight in the media once again. I guess this isn’t as far as you go boys.