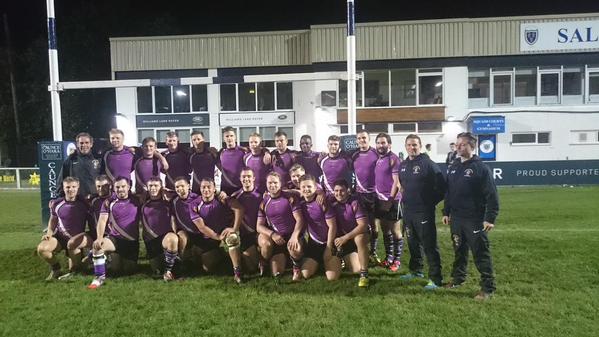 Defeating the University of Bolton 1st team 2-0 in Sheffield, the win caps a memorable season for the 4th team. With 64 teams in the competition, Manchester’s run in the plate included a 6-1 thrashing of Sunderland in the opening round, a dramatic 3-2 win away at Leeds Trinity, and a 2-1 home victory over York St John in the semi-finals.

On the other end of results spectrum, the women’s Rugby Union 2nd team were on the wrong end of a 118-0 loss to local rivals Salford – leaving Manchester 7th of 9 in the Northern 3A table.

It wasn’t all doom and gloom for Rugby Union however, as the men’s 1st team defeated Sheffield 32-7 and then Glasgow in two top-of-the-table North B clashes, meaning they sit in second place, only four points behind the Yorkshire side, in the league and have a game in hand.

With such a wide range of results, Manchester currently sit 17th in the overall BUCS (British Universities and Colleges Sport) table, with 1393.5 points. 1083.5 are those are league points, 199 are cup, and 111 are individual. Hot on Manchester’s heels are are the University of Sheffield with 1365.5, who are followed even more closely by Cardiff Metropolitan with 1359.5. Manchester are in pursuit of Swansea University, who have some 50 points more than the Purple Pride, having won 1454 points so far.