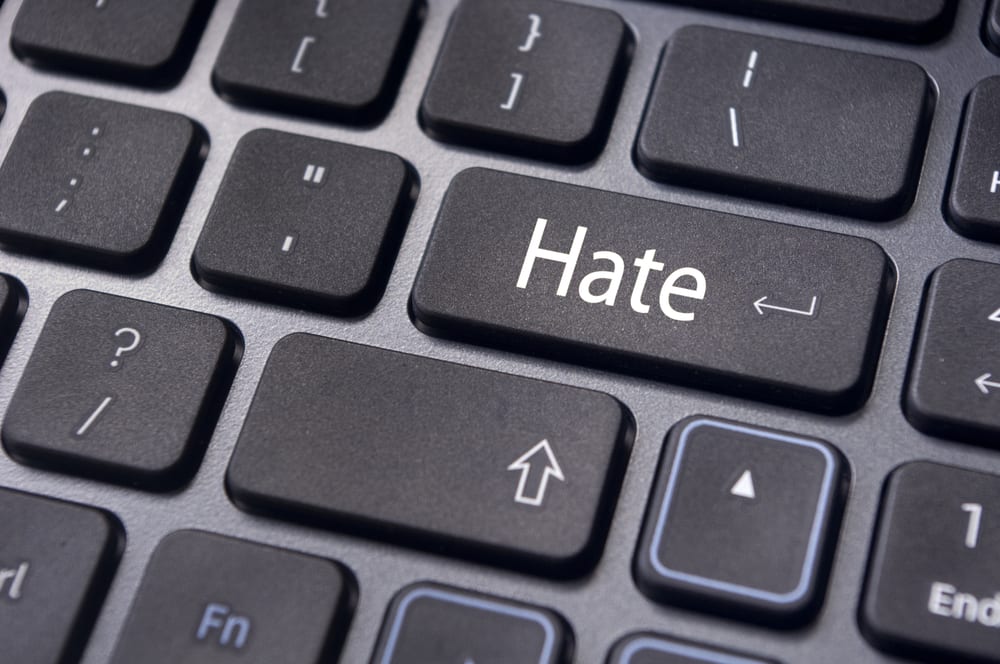 Hate Crime Awareness Week 2019 took place from the 4th until the 10th February and featured a variety of events held across Greater Manchester.  The purpose of the week was to make people more aware of hate crime, how to report it and what can be done to prevent it, with the message of #WeStandTogether. Hate crime is defined as violent or offensive attacks committed against someone because of who they are (or the perception of who they are), based on factors such as race, religion or sexual orientation. Activities which took place included workshops, panel discussions and creative sessions aimed for all age groups and members of society; they were run by a variety of organisation like Greater Manchester Police and Manchester Young Lives.

Since the Manchester Arena bombing on the 22nd May 2017, it has been more important than ever before to encourage messages of positivity in the city. Events such as terror attacks can trigger a negative reaction as people try to deal with the trauma of the event, however, by becoming aware of what hate crime is people can transform this negativity into positivity.

During HCAW I spoke with Figen Murray, who lost her son Martyn Hett in the Manchester Arena attack. She frequently visits schools and universities to encourage people to transform hate into love.

This week was important for Figen as it made people more aware of hate crime and what can be done to prevent it. “Generally speaking HCAW is important, because there is so much bad feeling amongst people in society,” Figen told me. “We should actually look at our differences and unite…embrace our differences instead of feeling threatened by them.” Hate crimes results from a lack of understanding of others; this week serves to teach people about differences and that hate crime cannot be tolerated.

Considering that hate crime is such a serious problem, it can be prevented by encouraging small changes in people’s attitudes, so that they can transform hate into love. Figen regularly gives talks to pupils and students, inspiring them to act and think more positively. “I go around secondary schools, universities…I talk to them about kindness and going back to the basics”, Figen explained. For one exercise, she asks children to put pieces of paper with messages of kindness written on them in a box. “Its amazing what they come up with…kindness [is important] in the school community…[its about] teaching young people correct behaviour.”

A key feature of the week is the inclusion of people of all ages, and for Figen it’s crucial to get this message of positivity across at an early age. “[Its] totally important to include young people, because they are the future young adults, doctors, nurses, lawyers… [we should] make them stop and what they’re doing,” she explained.

Often it can be small things which can make a big difference, and for young people these changes can be made at home: “Make your parents a cup of tea instead of spending time on Snapchat…with technology people are very insular.” Figen mentioned how fostering the inquisitiveness of young people helps too: “Young people have genuine curiosity about other people’s culture and have greater respect towards others.”

Although Figen could not attend any of the events during the week, she could not emphasise enough the significance of HCAW: “It’s important to participate in these events.” Figen certainly spreads the message of transforming hate into love effectively with her school visits.

So what can we do to act against hatred? Figen had some useful ideas which can be incorporated into our daily lives: “Be kinder to one and other, be open, walk in other people’s shoes, be kind to others every day.” She warned that in today’s society with excessive social media, we’re at risk of “being wrapped up in ourselves”. Perhaps we need this message of positivity now more than ever.

Manchester has itself become a more loving and open place since the arena attack, as the community came together as the city recovered. “They [the people of Manchester] see the arena attack as a personal attack. The bee has gained additional meaning, gained solidarity…It wasn’t that long ago, don’t forget that day. It reminds us to unite.”

Although HCAW is just one week in a year, we should always be conscious of hate crime and take the time to change our attitude, transforming hate into love.

“I just want the world to be a better place, the people of Manchester can set a better example and be at the forefront of it all.”