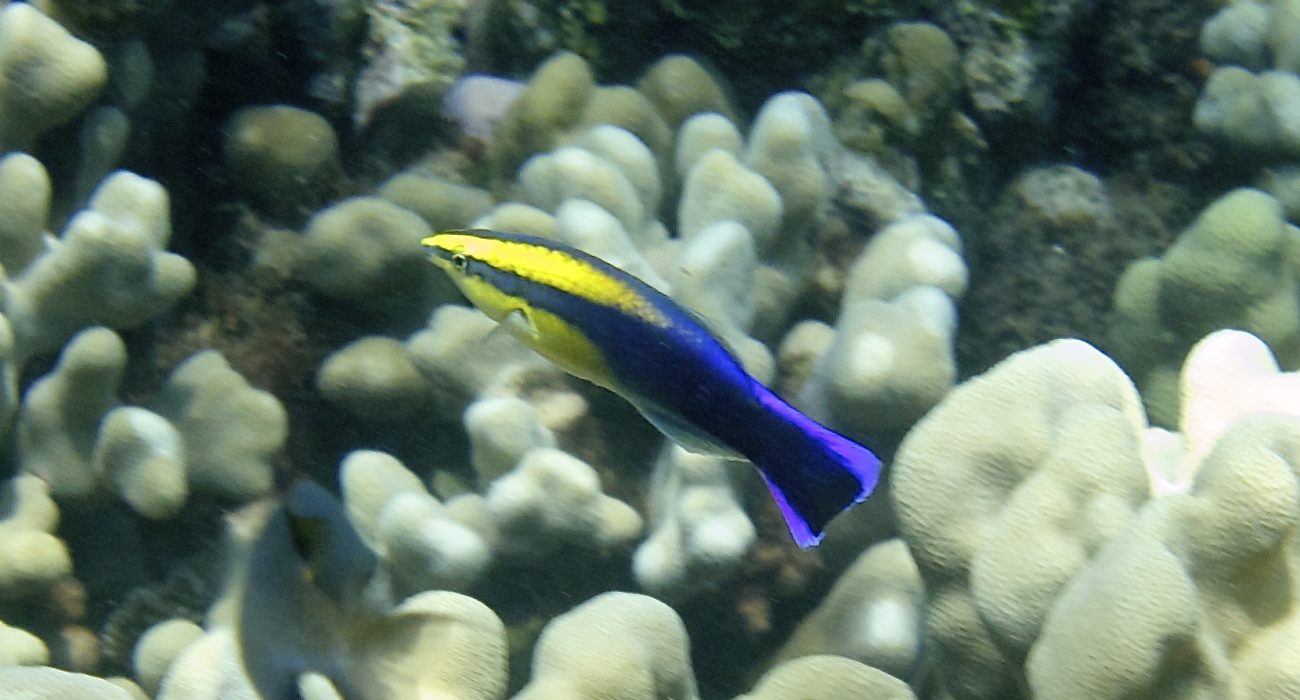 Is Nemo a person?

Self-recognition has long been thought of as a trait of the highest levels of cognition. Such self-awareness has only been displayed by a handful of animals such as chimps and elephants. However, recent research suggests that a small cleaner fish may be part of this elite group.

According to a study conducted by researchers from the Max Planck Institute for Ornithology (MPIO) and Osaka City Univeristy (OCU), the cleaner wrasse (Labroides dimidiatus) is able to respond to its own reflection.

This was displayed by the mirror test, a psychological test often thought to indicate abilities of self-awareness and recognition. The test involves marking an animal with a spot, and placing it in front of a mirror. The ability to comprehend the reflection is measured through behaviour regarding the spot.

The test was devised by psychologist Gordon Gallup in 1970, who used it to make claims that chimpanzees were able to recognise their reflections. Since then, only a select group of animals have passed the test, including bottlenose dolphins, elephants, orca whales, and magpies. Even humans can’t demonstrate this behaviour before the age of around 18 months.

After being placed in front of the mirror, the cleaner wrasse was observed attempting to remove the spot by scraping its body on hard surfaces. However, when marks were transparent, or the mirror was absent, these behaviours weren’t seen. Furthermore, there were no attempts to remove marks when interacting with another fish across a mirror, or remove marks put on the mirror itself. These set of results show strong evidence that these fish are able to recognise themselves, the first fish to do so.

Research leader, Kohda, could hardly contain his amazement at the findings. “When I observed the scraping behaviour of [the] marked throat in the video the first time, I was so surprised that I fell down from my chair,” he says.

However, Gallup himself is sceptical of the findings. “Scraping the throat where the mark is may simply represent an attempt to call the attention of other fish in the mirror to the presence of an apparent ectoparasite on its throat,” he claimed.

Further caution in interpreting these results was urged by leading primatologist at Emory University, Professor Frans de Waal. “What if self-awareness develops like an onion, building layer upon layer, rather than appearing all at once?” he asks. “To explore self-awareness further, we should stop looking at responses to the mirror as if it’s a litmus test. Only with a richer theory of self and a larger test battery will we be able to determine all of the various levels of self-awareness, including where exactly fish fit in.”

However they are interpreted, these results will have implications for the study of self-recognition. It may be that there are many more animals capable of this behaviour than previously thought. Or it may raise questions over whether the mirror test is a suitable tool for measuring self-recognition.