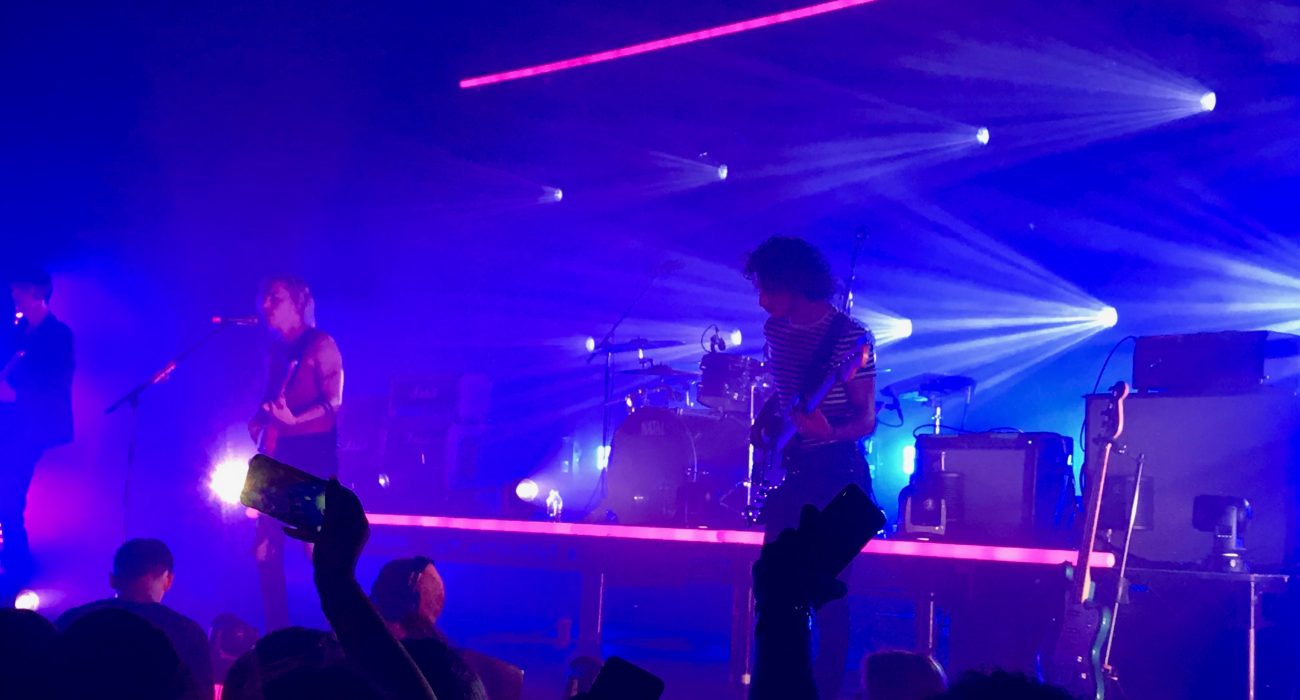 The Hunna rocked onto stage to the aggressive and vivacious heavy guitars and drums of ‘We Could Be’, there was a surge of screaming and chaotic jumping up and down from the crowd. It wasn’t hard to see that Manchester Academy was sold out, from the snaking queues outside the building before the gig, to the crowd of ecstatic fans filling every inch of the room when the show started.

The flashing red and blue lights only added to the intensity as frontman Ryan Potter’s energetic and heartfelt vocals joined the mass of fans in singing the catchy lyrics of one of the band’s most loved songs. He cryptically told the audience that the song meant a lot to the band after recent struggles with “bad people” who had been “taking advantage” of the band and its fans. This only added to the forceful and heartfelt performance, and it was obvious to anyone watching that the singer meant every word he sang.

The stage presence of the band was confident and cool, with the members wearing minimalistic outfits of skinny ripped jeans and tank tops, appealing to the crowd of pop-punk lovers who were mostly aged 14 to 25. The band continued to play a mix of songs from their 2016 album 100 and 2018 album Dare. I was impressed by the sheer amount of songs that the band managed to fit into the set, cramming every moment with tireless effort and spirit.

The setlist was mostly composed of heavy rock, with pulsating beats and screaming guitars that left the crowd no choice but to dance and sing along. The rowdy energy of the fans was incredible, with a huge mosh pit forming during the song ‘Y.D.W.I.W.M’. This energy was increased by the band’s efforts to get involved with the crowd, joining in with the collective chanting of “Manchester” which took over the room. After the animated audiences shouted along to the catchy choruses of the many fan favourites which were played, singer Ryan Potter even affirmed that it was “the best ‘Dare’ had ever been.” The only time that the surging electricity of the fans dropped was during the emotional and beautiful acoustic rendition of ‘Brother’, in which the frantic mosh pits were replaced by a sea of twinkling lights from the torches of countless phones.

As well as blasting out well known classics, The Hunna also included a few new songs in their set list. With another reference to the unnamed “bad people”, the band asked the crowd to sing along as loud as possible to the tune of new song ‘I get high to forget’. Later on in the encore, the frontman even jumped into the audience and crowd surfed while aggressively belting the lyrics to another new song which was apparently only written four days before the show, potentially called ‘What are You Waiting For’.

The band explained the unusualness of playing a new song rather than a popular, well-known track in the encore by saying that they loved it so much that they wanted to play it for everyone. These new songs were much heavier than previous tracks, with a new sound that was much more distinctive, creating a sense of the band coming into themselves as artists. The new album is set for release this year.

The Hunna then finished the show with a powerful performance of ‘Never Enough’, which left fans both exhilarated and aching for more. 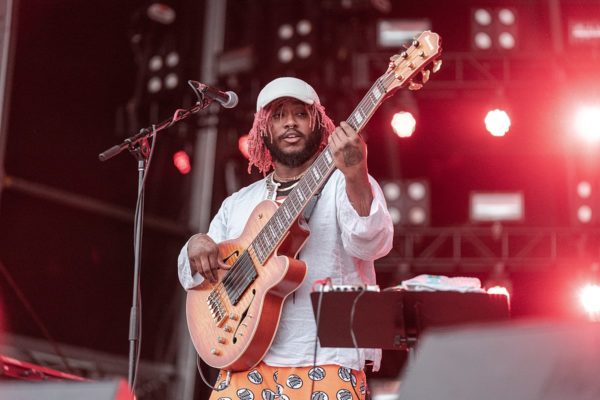