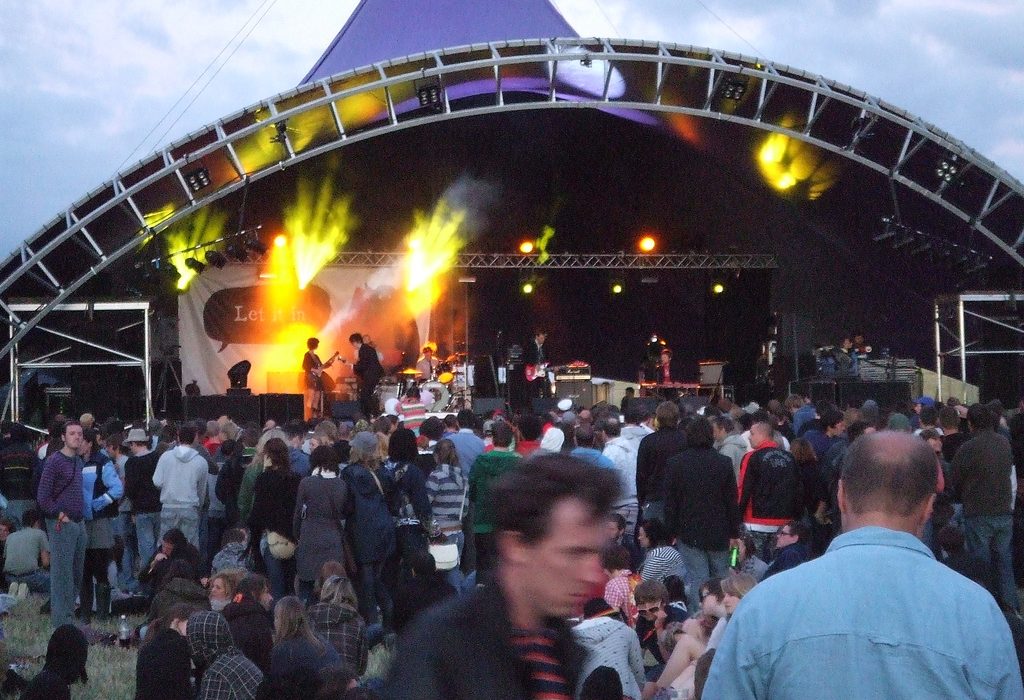 The Oxfordshire festival, described as ‘The Godfather of the small festival scene’ is pulling out all the stops when it comes to their 2019 lineup. TRUCK truly is the king of the small festival, with six stages and six campsites it’s the perfect size to pull in big headliners but still has that cozy, community feel, all good festivals should have. This year headliners include Wolf Alice, Foals, and Two Door Cinema Club, with the likes of Slaves, Nothing But Thieves, IDLES, Shame, and Kate Nash thrown into the mix as well.

The festival has been running since 1998 and has a reputation, within the indie, rock, and punk genres especially, for being not only a mud bath (with last year being a gloriously sunny exception) but a great down-to-earth festival. With great music and food, it’s popular with all ages, from families to hardcore festival goers and music lovers, and you’ll be hard pressed to find better crowds. With a wide range of tent sizes and style, the festival is especially good at championing up-and-coming sounds with music coming from every corner all day. This year Lady Bird, a three-piece punk band from Kent, are returning to the festival, having played last year, where they were met with a tent-full of adrenaline-pumped fans. They’re joined on the lineup by those such as Haze, the fantastic Easy Life, and Heavy Lungs. With those such as Superfood, Honeyblood, and Tom Grennan playing these stages in past years we know the organisers have a sharp ear for talent.

Shame and IDLES are two of the most talented up-and-coming punk bands, with IDLES release of their highly respected 2018 album ‘Joy as an Act of Resistance’ and  Shame’s ‘Songs of Praise’ leading the way for young post-punk, following in the footsteps of the big-boys of punk, Slaves, also playing. Some might call it a holy trinity of punk and with Charlie’s stage presence it’s sure to feel like a spiritual experience.

With the, we think it’s fair to say, slow demise of festival lineup standards TRUCK seems to have really stepped up; with Wolf Alice, last years Mercury Prize winners with their jaw-droppingly beautiful ‘Visions of a Life’ taking prime spot. Last year we commended TRUCK’s inclusion of smaller women-led bands so it’s truly fantastic to see Ellie Roswell take the headline spot she deserves. Especially after taking a short break, the band’s fans are sure to be excited by this announcement. Foals, currently on a worldwide tour will join Wolf Alice, taking another headlining spot and rightly so, with a vast discography they really can put on a show and we can’t wait to see what they do with the TRUCK’s main stage.

With more acts still to be announced we’re sure TRUCK festival will be one of the best on offer this summer and will continue its (hopefully not too muddy) reign as one of the last authentic, high-quality music festivals.