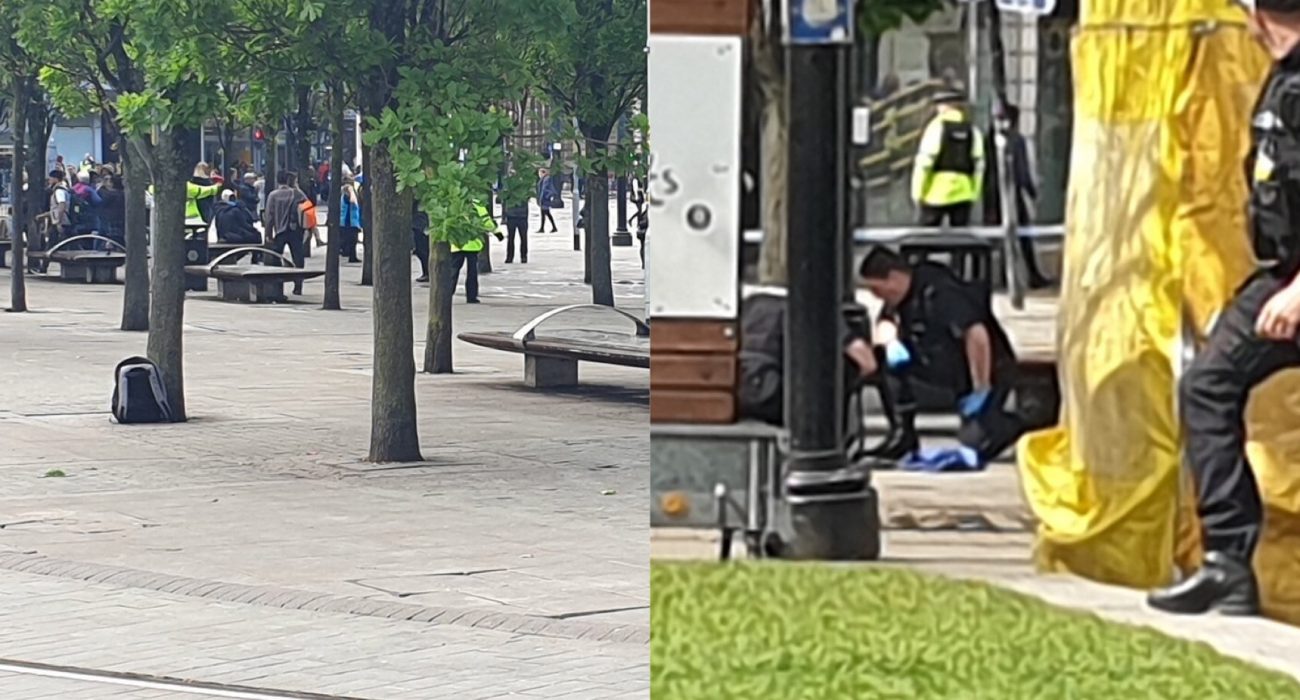 Greater Manchester Police (GMP) have confirmed that they do not believe the package which led to the evacuation of Piccadilly Gardens is ‘viable’.

Having initially lifted the cordon, reports from the Manchester Evening News suggest now that the Police are re-evacuating the area once more.

The Gardens, in Manchester city centre, were sealed off due to reports of a ‘suspicious package’ at around 1:30 pm. A 26-year-old man remains in police custody for questioning.

Oldham Library was also evacuated after reports of a suspicious package, with officers “keeping an open mind and are exploring the possibility the incidents are linked”.

Assessors and the Fire Service were on the scene in Piccadilly Gardens, with emergency services working hard to conclude their investigation and lift the cordon.

Buses and trams were evacuated and unable to move on the news of the package, with Manchester Metrolink confirming there were no services operating in Piccadilly due to the ‘police incident’ during cordon.

A large section of the city centre was cordoned off, with shops evacuated and a heavy police presence in the surrounding areas.

People working in and around the city centre were asked to stay indoors and await further information from the Police.