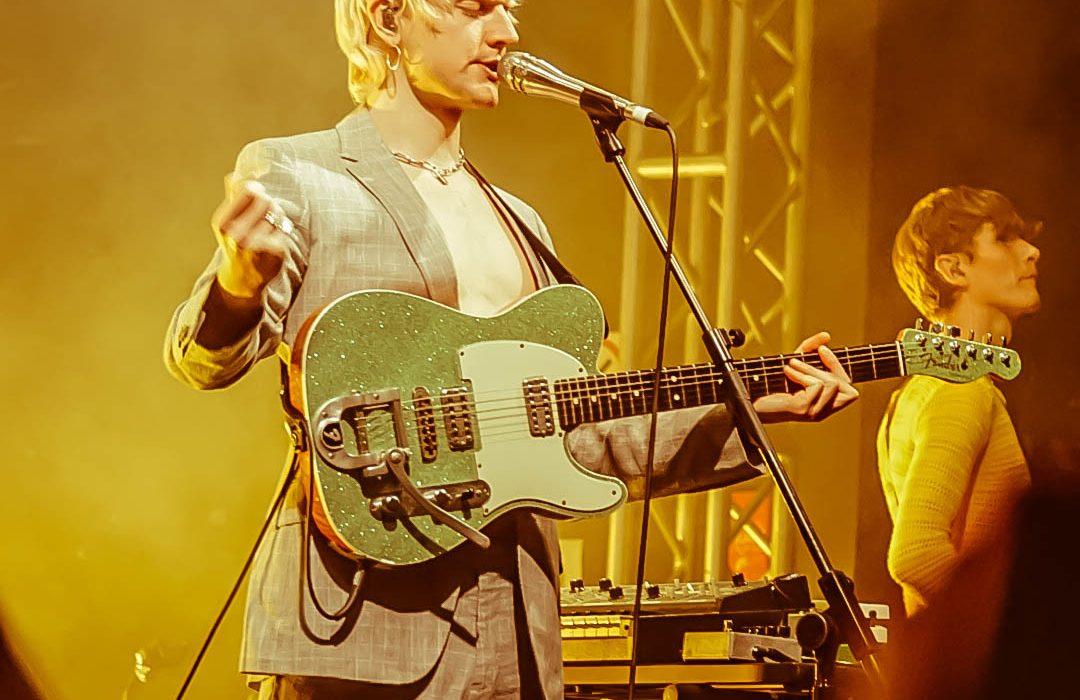 Live At Leeds (LAL) returned to the streets of Leeds for its 12thyear representing the current music industry’s most exciting up-and-coming acts. Boasting a line-up seeing Metronomy, Sundara Karma and Tom Grennan as its headliners, LAL certainly held its own amongst a weekend that rivalled with both Liverpool’s Sound City and Hitthenorth Festival.

However, unsurprisingly, it is always the lesser known acts of festivals such this as that are interwoven throughout the day that really drive home the thriving music scene the UK currently possesses. Given a critic obsession with the resurgence of punk and alternative rock bands, it was important to head down to see what the raucous really was about.

With a backdrop of Brexit looming and a growing feeling of unrest at the treatment of social difference, LAL provided the perfect residence for expression and dialogue.

London-born indie sextet Sports Team announced a ‘secret’ set right in the heart of Leeds’ shopping parade, Briggate, five hours ahead of their slot at The Wardrobe. Armed with a punk inspired attitude, cropped trousers and doc martens, this hotly-tipped six-piece stopped both festival go-ers and passers-by in their tracks. Frontman Alex Rice oozes confidence and eccentricity as he flamboyantly struts across the stage itching with muted monologues between his vocal queues in a very Jagger-like fashion.

Sports Team are dynamic performers with Rice’s dramatic upper body flinches that are matched by the rest of the band’s counterparts, but an element of comedy is added with synth player Ben’s total seriousness. Ben doesn’t even flinch.

Taking to the biggest stage LAL showcased this year were alternative rock favourites Drenge. Having released their latest album Strange Creatures just three months ago, the Derbyshire-derived band were certainly equipped with enough material to hold their own. With strobes of lightning and an eerie, period film-roll playing on the screen behind, Drenge instantly instilled a potent atmosphere. Their heavily guitar-led setlist whipped the audience into a frenzied onslaught of movement.

Despite certainly exhibiting a polished and confident performance, Drenge risked a series of repetitive sounding songs that, particularly in the final quarter of their set blurred into one despite having new material. It was clear fans favoured tracks performed from Undertow and Autonomy.

After a fairly traumatic last trip to Leeds with Hotel Lux having to pull out of their support slot with Dilly Dally due to a van crash, the Portsmouth born boys made it to Hyde Park Book Club. Admittedly, I had been a little concerned about the exposure Lux would receive so far out of the city centre, but I was pleasantly surprised to see the space was full by the time they took to the stage.

Lux are a concoction of lousy licks, forceful drum beats and harrowing spoken vocals. Quiet confidence circulates the alt punk five-piece as they strut about the harshly lit stage in the basement of the book club. With a frontman suited in a check collared wax coat and booted in oxblood Hey Dude shoes, Lux’s minimalistic but undeniably stylish aesthetic fits their musical style.

The band’s unique and animated personas come to life particularly in tracks such as ‘Daddy’ and their latest single ‘English Disease’ as they narrate dark stories with a strangely upbeat melody. Hotel Lux were one of the best at this year’s LAL although I was disappointed, they didn’t play my personal favourite ‘The Last Hangman’.

Heavy Lungs are one of the most captivating performers in the current industry. Their heavy-footed lunges, flailing arms and rigorous presence as a cohesive quartet make for a live show you can’t tear your gaze away from. Although I have now come to the conclusion that it is not the band’s priority that their audience hears every lyric sung, it doesn’t matter when you’re seeing them live.

It was so refreshing to see that the band’s front row was a group of young boys (around 12 years) adorned in long sleeves under a t-shirt and cropped trousers with docs in typical new wave punk-like fashion. As frontman Danny Nedelko delivered his sermon, the entire front half of the crowd thrashed back and forth.

Oscar Lulu and his band of indie, intergalactic androgynous folk have returned on top of the indie scene once again with their technicoloured latest album Ulfila’s Alphabet. Taking to a surreal set-up for a stage that was embellished with pan’s labyrinth-esque trims with extra glamour, it was clear this reigning indie quartet were to put on a show to remember.

Ulfila’s Alphabet, although staying to Sundara roots in its vibrancy, the new record is a far more out-reaching, ambitious eclectic mix of genres with Oscar confiding in his lower frequencies as opposed to his usual higher pitched notes. As a result, it’s hard not to compare his newfound vocal style to the likes of Bowie. It is also clear that Lulu has also finally embraced his unique identity as he owns his bleached short mullet, eyebrows, and lashes that radiate confidence.

As a live band, Sundara Karma are polished, thrilling and utterly ethereal. Speckling their setlist with fan favorites ‘Flame’ and ‘She Said’ but doing their new release justice, Sundara have perhaps aimed for a more mature audience with Ulfila’s Alphabet. Rather than relying on indie ‘bangers’, the depth and emotional landscape of their new album is profound and swells with every listen.

Who knows what the final form for Sundara Karma will be but they’re possibly the only band that were firmly rooted in the indie scene that have exceeded my expectations and have outgrown the stagnant indie landfill.

I’m just hoping other indie acts still creating the material they have been for the past four years watch and take inspiration from the risks they’ve taken.

Once again, LAL has put on a thoroughly enjoyable festival showcasing the music industry’s most diverse and exciting new acts. Be sure to keep your eyes on their social media pages as it won’t be long before their 2020 lineup teasing shall begin!