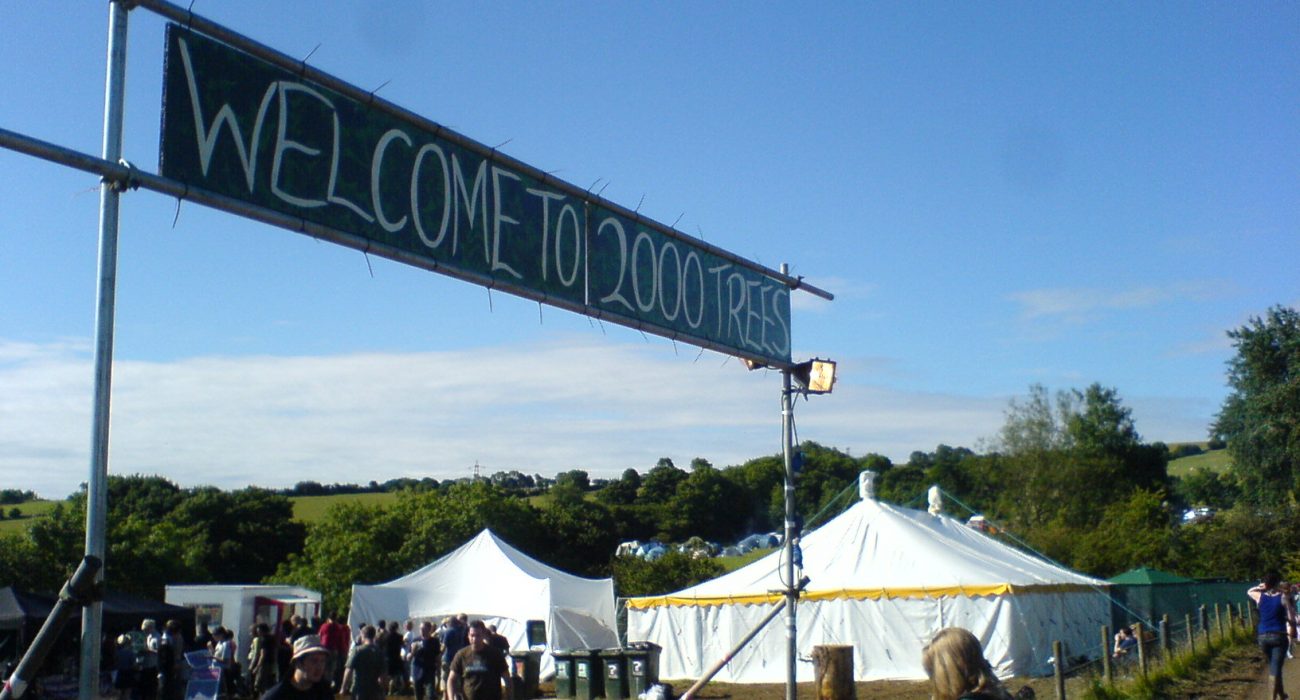 From 6 friends to a capacity of 10,000 people, 2000trees festival has certainly increased in size since its inception in 2007. Now turning 12, the festival continues to display the same music that its audience has always enjoyed, with both established artists and lesser-known rock and indie acts. In fact, some of the music is identical – this year sees Frank Turner, an artist who played at the very first 2000trees, amongst its headliners, along with his band The Sleeping Souls. Other headliners include You Me At Six and Deaf Havana, along with appearances from artists including While She Sleeps, Frank Iero and the Future Violents, As It Is, Every Time I Die, and Hands Like Houses.

Taking place from the 11th to the 13th of July at Upcote Farm near Cheltenham, the event has seen the likes of Enter Shikari, Nothing But Thieves, Twin Atlantic, Lower Than Atlantis and Wolf Alice take to the stage in previous years. This year will be no less impressive; with over 120 acts attending, they’ve certainly pulled out all the stops. Even for those just as interested in the atmosphere of the festival itself as the music, the food stalls and locally produced alcohol, as well as the silent disco on the Friday and Saturday nights, hold a definite appeal.

For those fearing the infamous mud of festival sites, there is no need to panic – 2000trees offers so-called ‘glamping’ facilities, with an assortment of tents available, and toilet facilities which are often shortlisted for a ‘Best Toilets Award’! This should come as no surprise – with the event’s creators being festival veterans themselves, they’re fully prepared for the shortcomings often encountered. Even transport has been taken into consideration: those arriving at Cheltenham Spa train station can catch a coach, and there’s even a direct bus straight from London for those traveling from the big city.

In short, it’s truly astounding that a festival put together with enthusiasm and no experience at all has transformed into something so incredible, but at the same time, it’s unsurprising. Taking the festival-goers into account has been proven time and again by those at 2000trees to be the real secret behind an incredible experience.