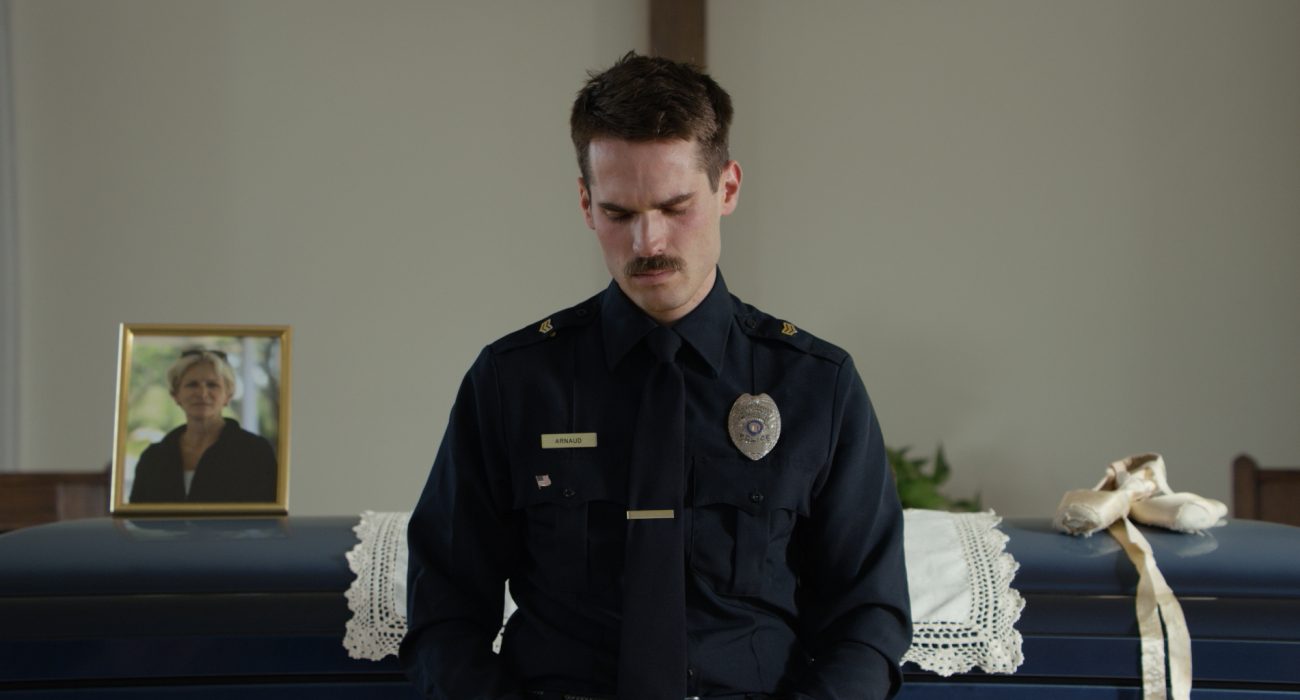 Thunder Road is a wild journey through the grief riddled unravelling of a police officer’s life. This may seem unlikely, but the film is a comedy – the shift in tones from sad to comedic throughout the film is amazingly balanced.

Jim Cummings, the actor, director and producer of the film, is a phenomenal actor for a man who claims not be one by trade. His use of body language and facial expressions really help set the tone in scenes. The film, at its core, explores the idea of dealing with grief and toxic masculinity.

Originally a Sundance-winning short about a police officer dealing with grief, the film turned into a Kickstarter-backed production which was filmed in 14 days in Texas. Now, the film is a box office hit in France. Thunder Road is definitely a DIY project, with Jim Cummings making the movie poster, soundtrack and trailer by himself on his laptop. In the Q&A session which followed the film Jim spoke about how he wanted to see how far one artist could go with just a laptop and their own creativity. 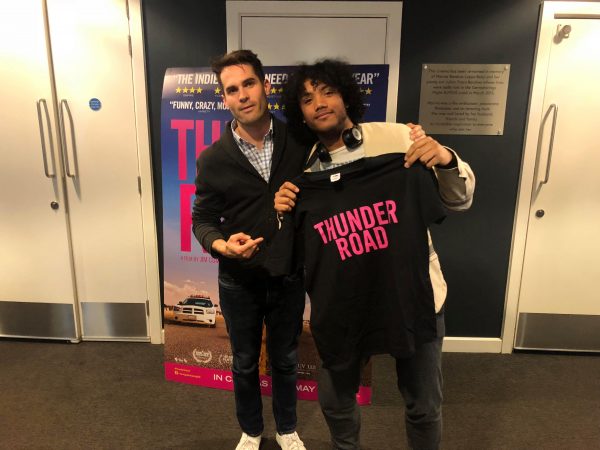 The soundtrack has a sombre cello which helped to add a greater sense of grief throughout the film — the choice of a string instrument was inspired by Moonlight — and it also features Cummings playing the ukulele. The recording studio was a mic in a fortress of mattresses, adding to the DIY production style. The song Thunder Road, where the film gets its name from, is not included in the feature; this was directorial decision which I believe made the film more powerful.

The movie was constructed of multiple long shots with short scenes sprinkled in the middle. This was done intentionally for it to feel more like a police officer’s job – long stretches of boring periods and then quick action. Cummings also favoured long shots due to them being something which can only be captured once and are full of natural emotion. He didn’t want to have to edit scenes together to artificially make the audience feel a certain way.

Cummings’ inspiration for the sad and funny tones in the film were Pixar films. He enjoyed the way they were able to teach a powerful message and also remain funny to keep the audience engaged — the film definitely keeps the viewer engaged, particularly in those awkward moments when they don’t know whether it is okay to laugh at certain points as they feel so bad for the main character.

Cummings plays a character flipping from a façade of “everything is okay”, to depressed and on verge of a breakdown in a matter seconds. This performance brings out a lot of emotion and will having you laughing to tears at points.

The supporting actors also did a great job of keeping the tone of the film. Cummings spoke about how he records the whole script for the movies he produces as podcasts to help his crew and actors understand the emotion in different scenes, which has resulted in a film witch switches between sad and funny tones smoothly.

Thunder Road is a must see, which will keep you captivated from start to finish.