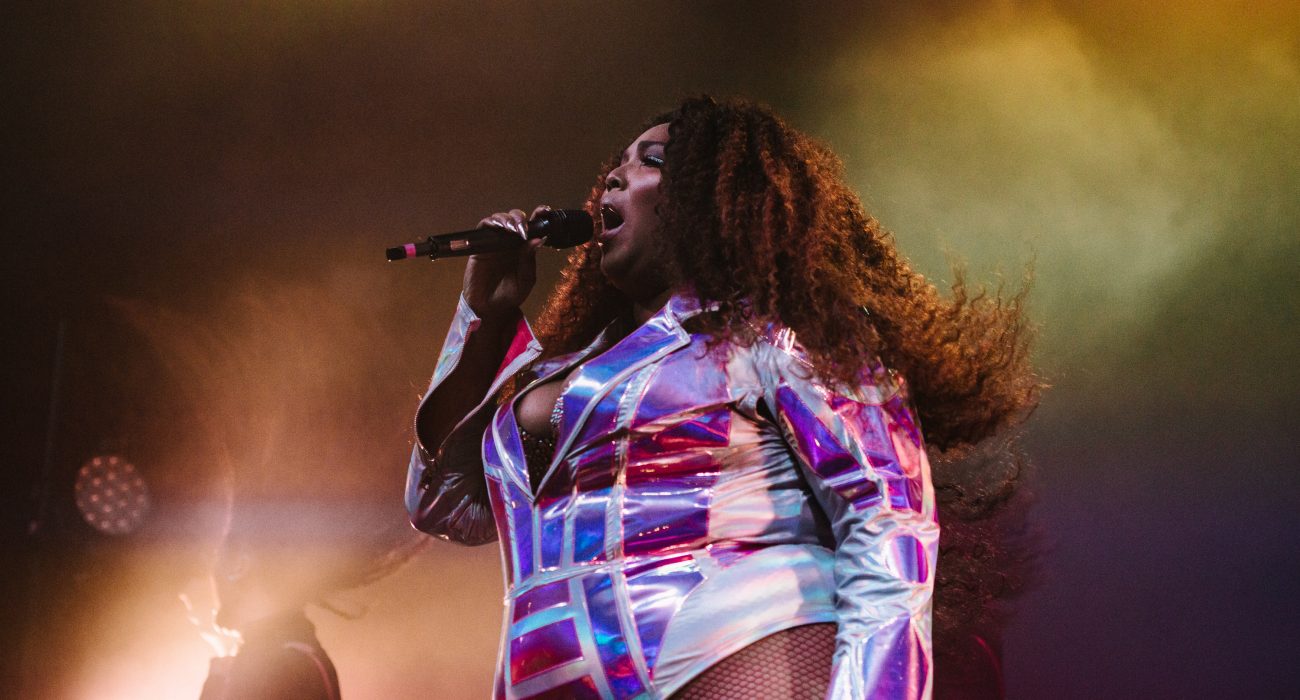 Lizzo — rapper, singer, and flute player — is a performer that must be experienced. Like all truly great artists, it’s difficult to do her justice in words in terms of her musicianship, stage presence, and sheer joy that she exudes.

The O2 Ritz buzzed with energy as Lizzo took the stage on Sunday night. The 31-year-old American musician belted out the opening lines to ‘Cuz I Love You’,  the title track of her album that of the same name was released in April. Rocking a long-sleeved metallic leotard and rhinestone brassiere with fishnet stockings and combat boots, she commanded the stage both visually and vocally. From the first few notes, it was evident that an incredible show was in store.

The opening song ended to a roar of continuous cheering from the audience, and Lizzo stopped for a minute with her hands over her heart, as if to humbly soak in the moment. The show had been sold out for months and had moved from its initial location at Gorilla. Lizzo told the audience that before the show, she wondered if anyone would have heard the new record. She had nothing to worry about, the audience sang along to nearly every lyric all night.

Four backup dancers, “the Big Grrrls,” supported Lizzo for most of the show. The craftsmanship and energy on stage remained incredibly high all night, with Lizzo’s powerhouse vocals ringing throughout the room. Lizzo was clearly having an incredible amount of fun on stage, and she brought the audience right along with her. Even when she slowed it down to sing ‘Jerome’ — one of the ballads off her new album — the audience held up their phones and swayed their arms back and forth in the air.

Lizzo has become something of an icon for self-love and body positivity. In speaking of her latest album, Lizzo told the audience that it is about these messages, but also “If you listen closer it’s about survival. It’s about loving yourself in a world that doesn’t love you back.” It feels nearly impossible not to love Lizzo, though. Her honesty, wit, and humour are everything you would want in a friend, and it’s easy to leave a Lizzo show feeling like you’ve made a new friend.

Toward the end of the night, the crowd quieted down, and Lizzo said, “So I heard y’all are looking for a new Prime Minister,” to which the room filled with laughter and applause. She notes that the U.S. could learn a few things from the U.K. before breaking into ‘Like a Girl’ that opens with the line, “Woke up feeling like I just might run for President.”

Lizzo described her shows as half music and half TED Talks. “We call them Liz Talks,” she said. True to form, the performer gave a pep talk about self-acceptance and love before breaking into ‘Good as Hell’, a song which epitomises those ideas. Following a roar of cheering from the audience, Lizzo played a two song encore, which included the first flute performances of the night with ‘Coconut Oil’ and ‘Juice’.

As the audience filed out of the hall that night, it’s hard not to think that everyone there loved both Lizzo and themselves more than ever before.