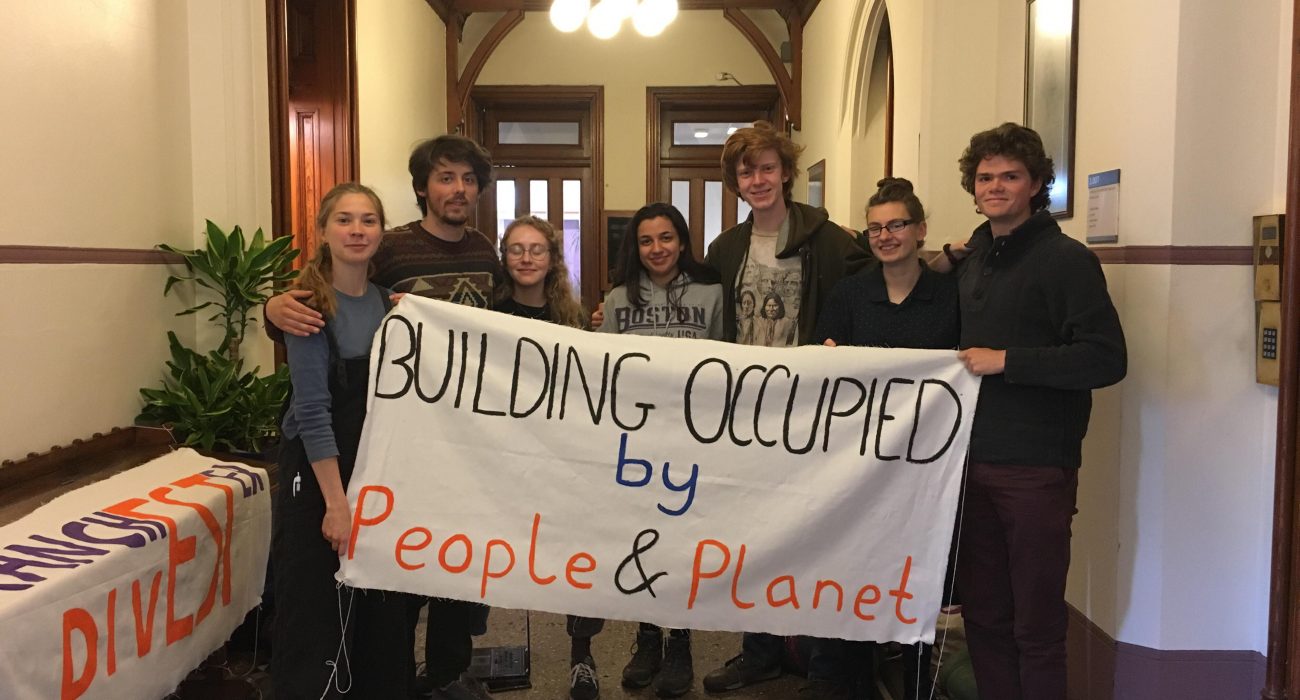 Climate activists People and Planet have ended their occupation of the University of Manchester after 24 hours.

Eight protestors initially entered the John Owens Building, where Vice-Chancellor Nancy Rothwell’s Office is, on Wednesday morning  – claiming they wouldn’t leave until they spoke with Rothwell herself.

She is thought to have been out of Manchester until Friday, meaning the protestors would have had to stay in the sport for at least 48 hours.

During the course of the day, People and Planet claim the University blocked their access to food, visitors, WiFi, and crucially toilets and running water.

The group described these tactics from the University as “heavy handed” in an open letter seen by The Mancunion. The University commented that it “supports the right of any student to protest peacefully and legally. However, our responsibility as a University is to ensure that we do everything we can to minimise disruption to other students and to our staff.”

In that open letter, People and Planet called on the University’s Senior Leadership to “sit down to discuss divestment with us”, citing support from UoM UCU members, SU Officers, and attendees of the EUAC Conference on the issue of divestment.

The EAUC Conference was the driver for the protest, with People and Planet’s Sophie Marriott calling the decision from University leadership to not speak to the group “despicable whilst the EAUC Conference is on across the road”. The conference aims to promote sustainability within the post-16 education sector. 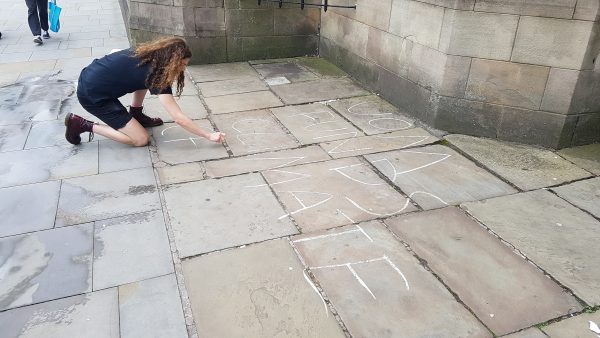 Tensions had been running high over the group’s treatment, with SU Education Officer Olivia Meisl saying it was “vital that the University offer welfare support to the students involved in this protest.

“It’s in no one’s interest for the University to inadvertently impose a hunger strike on protesting students; the dispute must not be resolved at the cost of student wellbeing.

“The University prides itself on developing intelligent students that engage with the world around them, and a by-product of that is sometimes they will contest the University’s choices. The University should listen to and engage with these students’ concerns in a constructive manner, and the students should work to listen to the university and the current and historic reasons it’s taken the positions it has.”

Meisl and SU International Students’ Officer Riddi Viswanathan took water to the group yesterday evening, and checked in on their welfare.

The EAUC Conference draws to a close this afternoon, so it is possible that further activism could be seen on campus. During the occupation, solidarity protests were seen, with People and Planet members graffiting the pavement outside Whitworth Arch.

The University of Manchester declined to provide further comment.