From the moment Janelle Monae walked on stage in what can only be described as a Formula-1-cum-the-Nutcracker outfit, complete with a giant golden throne, I knew that this was a night to rival any David Lynch exhibition at the Manchester International Festival.

There were many highlights of the MIF’s opening act, one of my favourites being an extreme close up of Monae writhing around on the floor of the stage completely immersed in her own electric eccentricity.

Actually, no, it was the vagina trousers.

The enormous vagina trousers – imagine them how you will – during ‘PYNK’ brought tongue-in-cheek humour and eradicated any possible queries, not that there were any, on what the song could be about. It was definitely refreshing to hear a song about lesbian relationships so blatantly being what is was, no apologies, no queer-baiting, no ambiguity.

Much of the performance felt so utterly bizarre that whatever Monae said between songs seemed completely ordinary, where out of context her announcements of wanting the memories of this gig to be passed down from “generation to generation” may have come across far more self-congratulatory than most British crowds can stand.

But Monae can get away with it all. Why? Possibly because having a queer black woman wearing vagina trousers introducing the Manchester International Festival by demanding we impeach Trump is something we can all get behind in these depressingly bleak political, social, and ecological times.

Bringing audience members on stage to dance during ‘Juice’ provided a beautifully serendipitous Englishness to the performance, with Monae asking “Have you got the Juice?!” to the stunned reply of “Umm… I’ve got a bit of juice??”

The entire night reminded me that though Pride month had finished a few days before, that there should never, ever be a time restriction on celebrating who you are, who you love and what you do with your body.

Monae’s performance had the crowd at Castlefield Bowl hypnotised. Her demands from the audience were met with generous conformity and entertained bemusement. Having ordered the crowd to be quiet and crouch down during the encore act, Monae made her way through the masses in the same manner: Squatted. crab-like, and purposeful. The excitement of murmurs of fans itching to catch a glimpse of Monae in the crowd did not break the spell of the singers orders. Everyone stayed down, whilst also desperately peering around, waiting for whatever it was that Janelle had in store.

Monae had the crowd at Castlefield Bowl eating out of her hands. Being swept up with her creative stage performance it may be easy to forget just how powerful her singing is, but the tenderness of her voice brought softness and strength to a performance with so much satire. 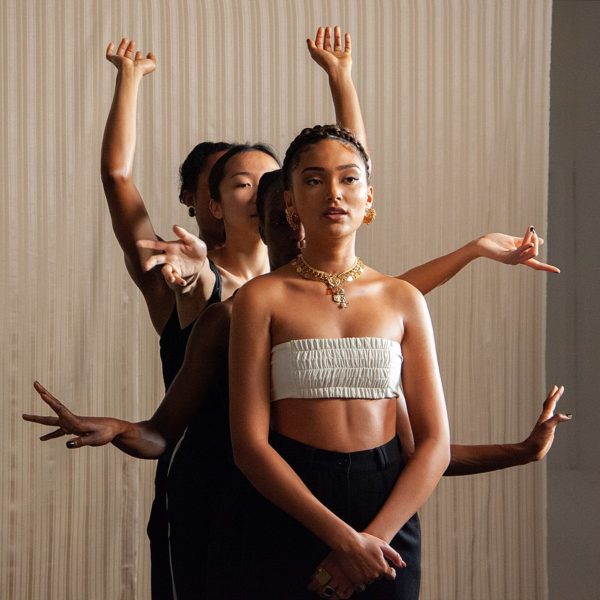