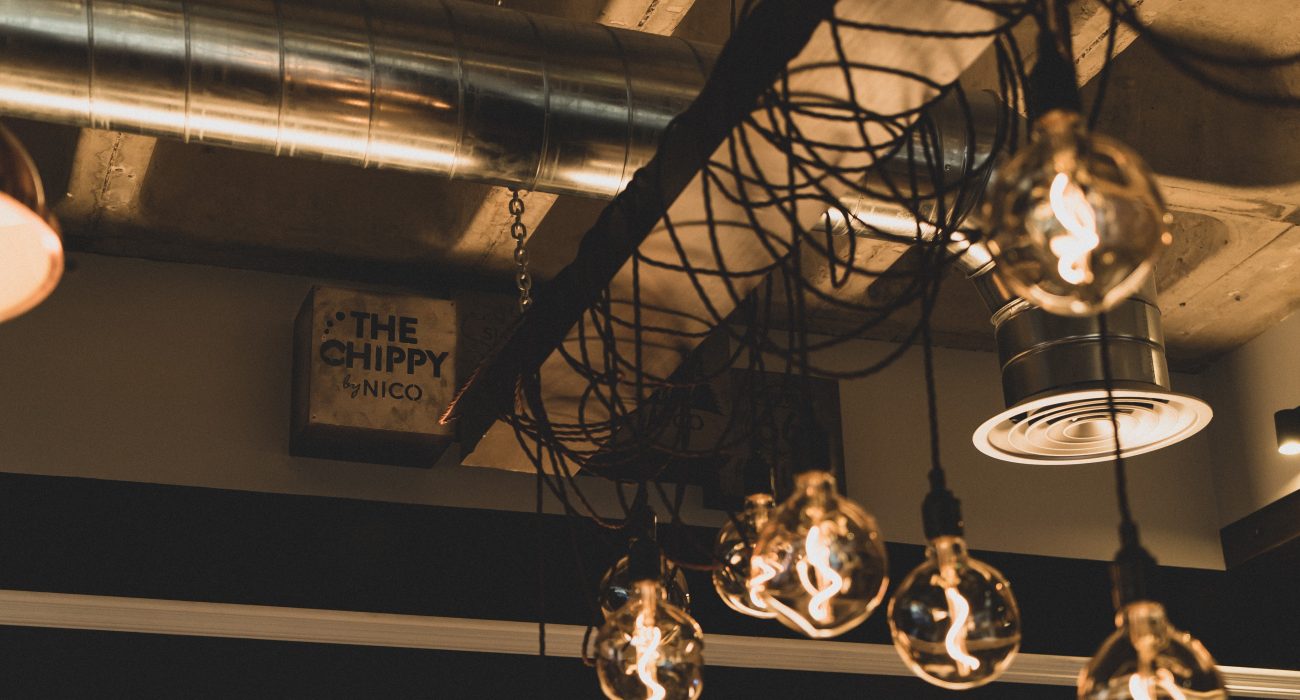 New restaurant Six By Nico Manchester isn’t short on hype. Scottish-Italian Michelin chef Nico Simeone’s biggest branch yet has received 3,000 advance bookings in the week prior to the launch of its first themed tasting menu. Each tasting menu will run for six weeks before being replaced by a new theme ⁠— and its first one? The local British chip shop.

The Mancunion got to try out Nico’s ‘The Chippie’ six course menu, accompanied by pairing wines, ahead of its launch on Monday. Although tasting menus aren’t a standard pick for the Manchester student’s meal out, their nostalgic journey of familiar flavours — with a twist, of course — would come together to make a deliciously fun post-exam celebratory lunch or dinner. Whilst you shouldn’t enter Six By Nico expecting ‘Spoons-sized portions, their courses definitely go big on flavour.

The menu starts with Chips & Cheese (Parmesan espuma, curry oil, salt and vinegar potato croquette): A great introduction to ease the palette into the loud flavours we came to expect by the end. The cheesy tang of the espuma hit the vinegar comfortably, and made us thoroughly hungry for the next course. 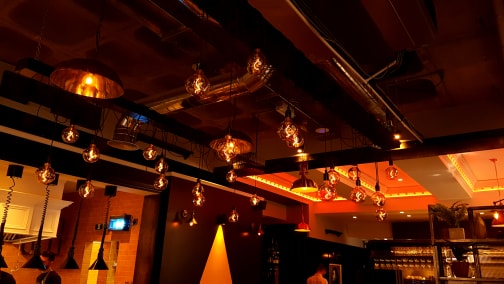 Soon came the Scampi-inspired dish (monkfish cheeks, pea emulsion, herb butter sauce, gribiche), wherein the vegetarian version replaced the monkfish with cauliflower. We happily tucked into the rich peas and expressive herb butter. The monkfish itself was excellent, although the cauliflower alternative could have been a bit softer, slightly missing the texture of scampi. Overall, it was a delightful dish, with a light-bodied Portuguese white wine cutting through the fish with a dash of citrus.

Next, we were served Steak Pie (beef shin, burnt onion ketchup, mushroom duxelle), which was definitely not a steak pie, although the flavours played off the chippie classic. The generous beef shin was melt-in-your-mouth tender, and was served with a gentle, jammy South African red. It was a helpful touch that all dishes and wines were served with an explanation to ruminate over whilst eating and drinking. The vegetarian version of this dish came with egg and a root vegetable pie, which was cooked to complementary meatiness to go with the burnt onion ketchup. 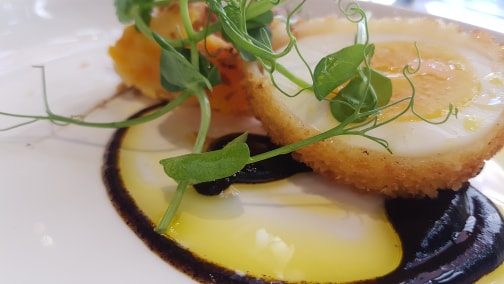 The fourth course continued the crescendo in flavour with Fish Supper (cod, confit fennel, samphire, beer pickled mussels, brandade), a beautiful dish with many layers — in the acidic mussels, invigorating fennel, and salty cod — although it was a touch too salty for my taste. The halloumi alternative was cooked to perfection and complemented the rest of the dish well.

Our penultimate course was presented under glass jars, which once lifted revealed swirling cloud of smoke. The Smoked Sausage (pork belly, salt baked celeriac, caramelised apple, black pudding) was revealed after the meaty smoke dissipated. This dish contained the most varying flavours and textures, with crispy apple and chewy pork belly wraps, sweet caramel and salty celeriac, bouncing off each other delightfully. The veggie alternative was a feta and sweet potato wrap, which came together with the sauce and garnishes to make something that might not be chippie-flavoured but was intelligent in circumventing it.

Nico added an homage to his Scottish roots with the grand finale of the menu: the dessert, Deep-Fried Mars Bar (Caramelia chocolate mousse, orange sorbet, cocoa nib). It’s not for those who don’t like heavy desserts, but if you do, well – get ready. Your socks will be blown clean off. The chocolate mousse was light but flavoursome, and the orange was as perfect an accompaniment as the sweet, fruity Italian white wine.

All in all, our afternoon at Six By Nico was a delightful food journey, through old memories and new sensations. The new restaurant in Spring Gardens is tastefully decorated, with a large open kitchen counter where you can observe the chefs intricately putting together each course. It’s definitely priced as a treat, at £29 for the complete tasting menu, and an additional £26 for the wines – which we strongly recommend – but it’s sure to be a fun, sentimental, and thoughtful day out. And at the end of the year, don’t we all deserve that?