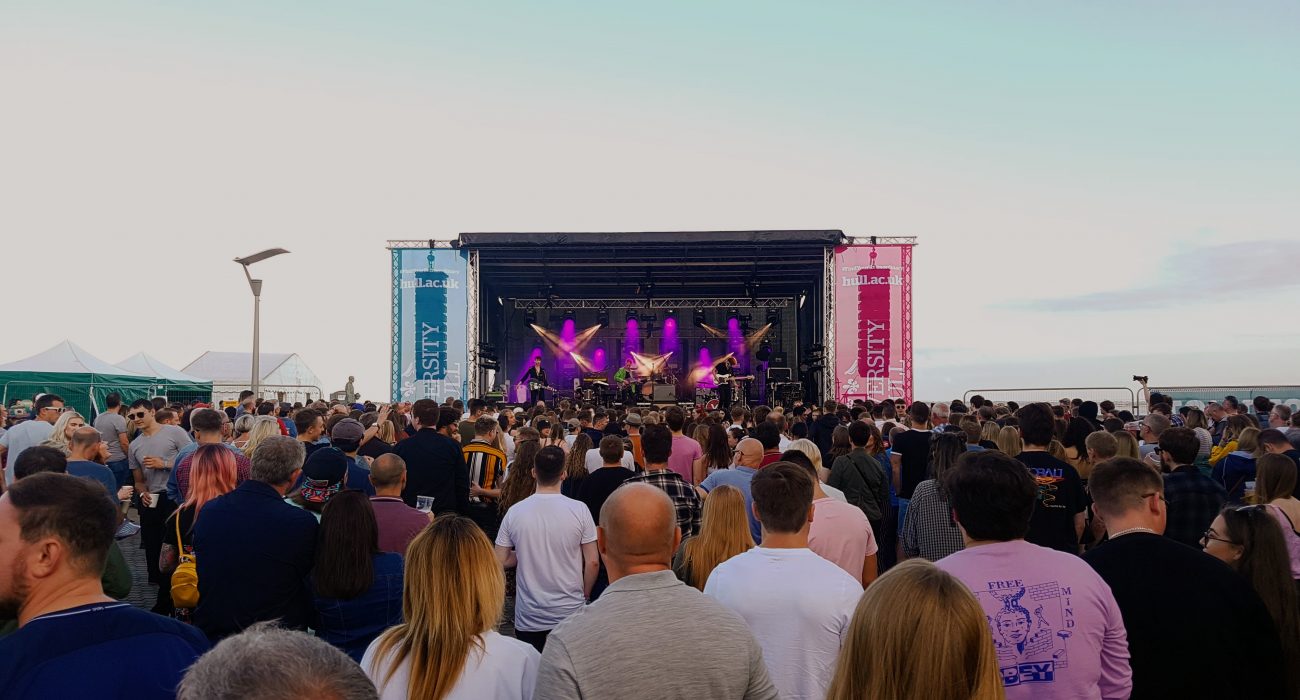 Humber Street Sesh is Hull’s annual celebration of local musical talent, with over 200 acts playing across a multitude of stages in the city’s Marina and Fruit Market area. 2019 is the second year that the festival has enjoyed a much-expanded site, as well as the addition of some more-well-known artists, such as Yonaka, The Hunna, and The Blinders.

Friday was kicked off by Street Sesh regulars King No-One, spearheaded by Zach Lount in a vibrant green coat. The four-piece – who have played every edition of Street Sesh since 2016 – avoided the trap of wheeling out the same old material and musical tricks, and successfully provided an energised start to the main stage.

Brighton’s Yonaka took to the Main Stage later in the evening, and were determined to one-up King No-One in the energy stakes: singer Theresa Jarvis seems to exclusively survive on the adrenaline of singing her next lyric, and it made for a powerful and explosive set which allayed any fears that the quality of the Yorkshire festival was being diluted by Southern performers.

The second stage saw performances from two hometown heroes: Low Hummer and LIFE. Low Hummer have been formed out of the ashes of La Bete Blooms, with front-man Daniel Mawer taking the group in a new sonic direction. Whilst the post-punk elements of La Bete Blooms remained, the addition of Aimee Duncan as a second vocalist delivered an extra sardonic element to the performance that set it apart from most others.

LIFE, on the other hand, are no new thing. They are often seen as the golden child of Hull’s punk scene, having toured with Slaves and IDLES in the past two years, as well as releasing debut album Popular Music to some critical acclaim in 2016, with their second effort A Picture of Good Health coming in September. It is this grounding that has earned them some of the biggest crowds at Street Sesh in past years, and 2019 was no different. Singer Mez Green graced the stage with an irreverence few others can manage. As a former social worker, Green has seen the effects of austerity in person, and he seemingly uses those memories to motivate himself to deliver his lyrics with passion, anger, and pride in his city for being different.

The Blinders closed the Friday night on the Big Top, and like Yonaka and King No-One, seemed to be in another arms race with LIFE on who could be the most in-your-face Yorkshire act on show. Playing hit single ‘Brave New World’ early in their set, the Doncaster outfit certainly possess musical talent and ability to take it up to eleven, but as time progressed their lack of audience interaction and longer song performances – with their final track being over ten minutes long – made their show drag in parts. What had been a raucous evening came to a slow and steady conclusion. 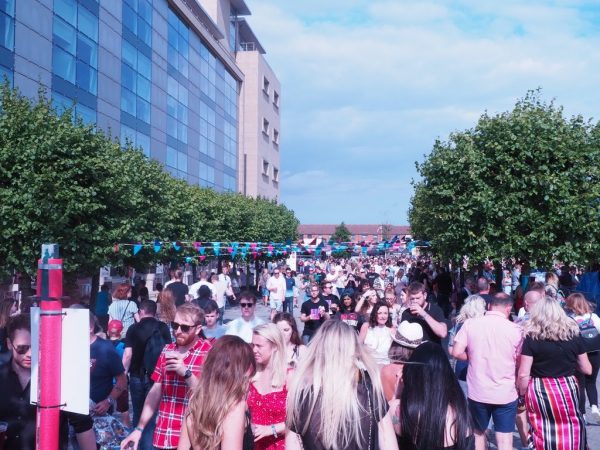 Saturday was kicked off by the Evil Litter, who have the unusual distinction in that all of their songs have been written in 20 minutes and no more. They were swiftly followed by The Froot – an indie four-piece following the standard formula of past upstarts, but they kept things ticking along at a good pace before Alice Clayton’s accoustic set in the SpeakEasy Yurt provided some sedate tea-time relief.

The sedation was shattered by Allusinlove, who were a dark horse for the best of the fest award. Solid and polished, Allusinlove also have a certain something that sets them apart from other similar acts. Their hair is long, their trousers are ill-fitting, and they’re noisy – but they also have an accomplished swagger of a band that has been doing this for years coupled, with a youthful joie de vivre that is so often lacking in ostensibly ‘tight’ bands. Allusinlove obviously love making music, being on stage, and each other as people, and it’s for the best.

King Orange were next on, with the post-punk three piece fresh from their UK tour and release of latest single ‘Ingratitude’. Playing the Humber Dock stage inside a pub, the show had a fringe feeling to it that worked in the band’s favour, as they’ve spent years playing smaller venues like the Adelphi in Hull, Retro Bar in Manchester, and Sheffield’s The Globe. Packed and sweaty, their set hurled every fan through a tunnel of deep vocals, direct bass, and intricate guitars.

Back in the sunshine were Polo, with the Leeds alt-pop group playing Humber Street Sesh for the umpteenth time. Singer Kat McHugh remains one of the best vocalists in the North, and Luke Lount (yes, Zach’s brother) ably knows his way around the keyboard and drum machines which define Polo’s sound. 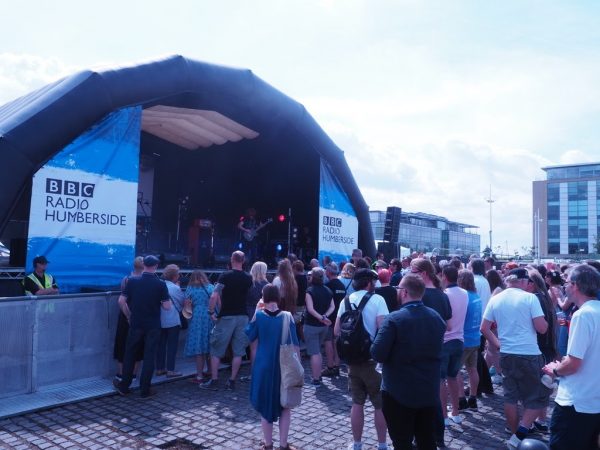 As we neared The Hubbards’ headline slot on the main stage, another Leeds band – Marsicans – pitched up to warm the crowd up beforehand. This was a quiet masterstroke from Humber Street Sesh’s organisers, with Mariscians displaying obvious sonic similarities to The Hubbards, meaning it felt like a gig within a festival.

The Hubbards took their hometown crowd and used their energy to give one of the best performances to date. Singer Reuben Driver treated this as the farewell to the band’s developmental era, claiming their rendition of ‘Cold Cut’ would be the final time the band played the 2016 track live. This felt like a significant moment for Driver et al, having signed with Scruff Of The Neck records (home of Glass Caves and Cassia) this year.

Humber Street Sesh delivered what it usually does: fantastic musical talent, an unashamed celebration of the much-derided-gem that is Hull, and the best opportunity to see new bands right as they begin to climb the industry ladder. However, 2019 also alluded to the future of the festival: the larger site has now properly been bedded in. The Friday night now feels like it has always been around. The addition of some larger, non-local acts appeared to be a logical step for the festival, and the decision to mainly keep them on the Friday night didn’t dilute the DIY vibe on Saturday that Humber Street Sesh was built on.