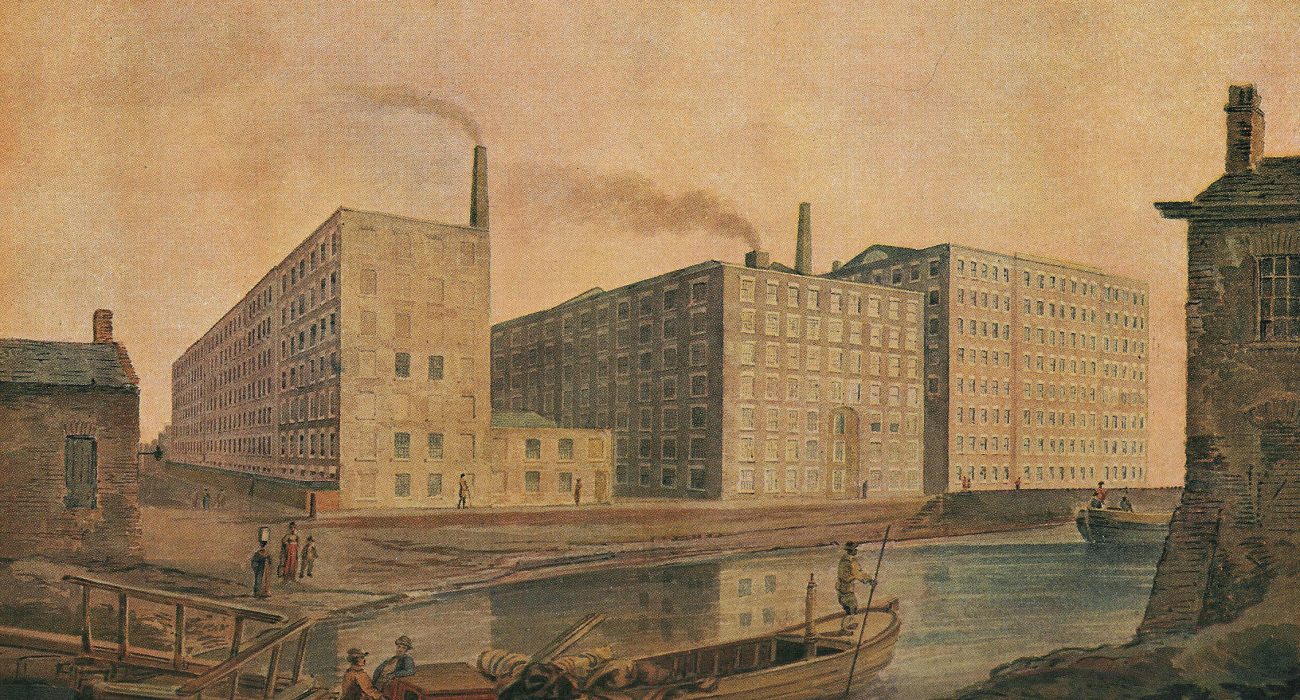 Engels and the worker bee: the importance of engaging with Manchester’s past

For 15,000 years virtually everything humans consumed was produced in their immediate community: the foods we ate, the clothes we wore, and the means by which we travelled were all very insular. This changed during the late eighteenth and early nineteenth centuries as a new generation of entrepreneurs and inventors left their mark on the world.

When the Industrial Revolution began in Britain, old manufacturing processes were dumped in favour of the new speed and efficiency afforded by things like new machinery, steam power, and mechanised factories.

Manchester’s rise to industrial pre-eminence; as coined by Victorian era Prime Minister Benjamin Disraeli “as great an exploit as Athens”; is largely tied up in its geography. Manchester’s location situated near the valley hills in the Pennines; combined with its damp climate; made it perfect for new water powered cotton mills. Manchester soon became the natural centre for production of cotton and yarn, as well as slowly becoming a hub for trading the fruits of this burgeoning industry. Textile mills were often described as ‘hives of activity’, with the workers inside being the busy bees making everything run. This was a metaphor that stuck as the emblem of the bee came to signify all that is Manchester: industriousness, innovation, and solidarity.

In contemporary Manchester the worker bee can be seen across the city: from the clock face of the Palace Hotel to the mosaic flooring of Manchester Town Hall. Yet the Bee isn’t a simplistic representation of the Industrial Revolution, it’s inseparable from the solidarity amongst the new Mancunian working class. It was in Manchester that philosophical giant Friedrich Engels researched for his indictment of the Industrial Revolution: The Condition of the Working Class in England. In this book Engels fleshed out the concept of ‘social murder’: how an economic system predicated on the profits of industrialists pushed workers to their deaths. Many working in the mills passed away needlessly: things like the collapse of squalid housing, being trapped in factory machinery, and the prevalence of diseases such as scarlet fever were all common causes of death.

Therefore, Manchester has become the site of a wider revolutionary and critical understanding of the Industrial Revolution. Engels’s work resonates around Manchester and the world over today: as testament to his statue outside Manchester’s HOME cinema. Furthermore, it would be remiss not to connect Manchester’s past to the contemporary. You’d be forgiven for thinking that the shining lights of Salford’s Media City and the metropolitan opulence of the Northern Quarter are evidence that Manchester has left behind the smog and squalor of the Industrial era. Yet a recent UN report had Britain as one of the most unequal places in the world, with Manchester itself suffering from a homelessness epidemic.

The symbols of the Worker Bee and Engels are massively interconnected: Manchester was the physical and intellectual centre of the Industrial Revolution. Therefore, to understand and get the most out of Manchester you must engage yourself with its Industrial history, its troubles past and contemporary. Visit the John Rylands Library, the mills in Ancoats, attend that march, donate to local charities, and don’t ignore that person with the empty coffee cup. Make sure your time in Manchester is spent as a member of the historically rich centre that it is: rather than as a visitor of a safari.