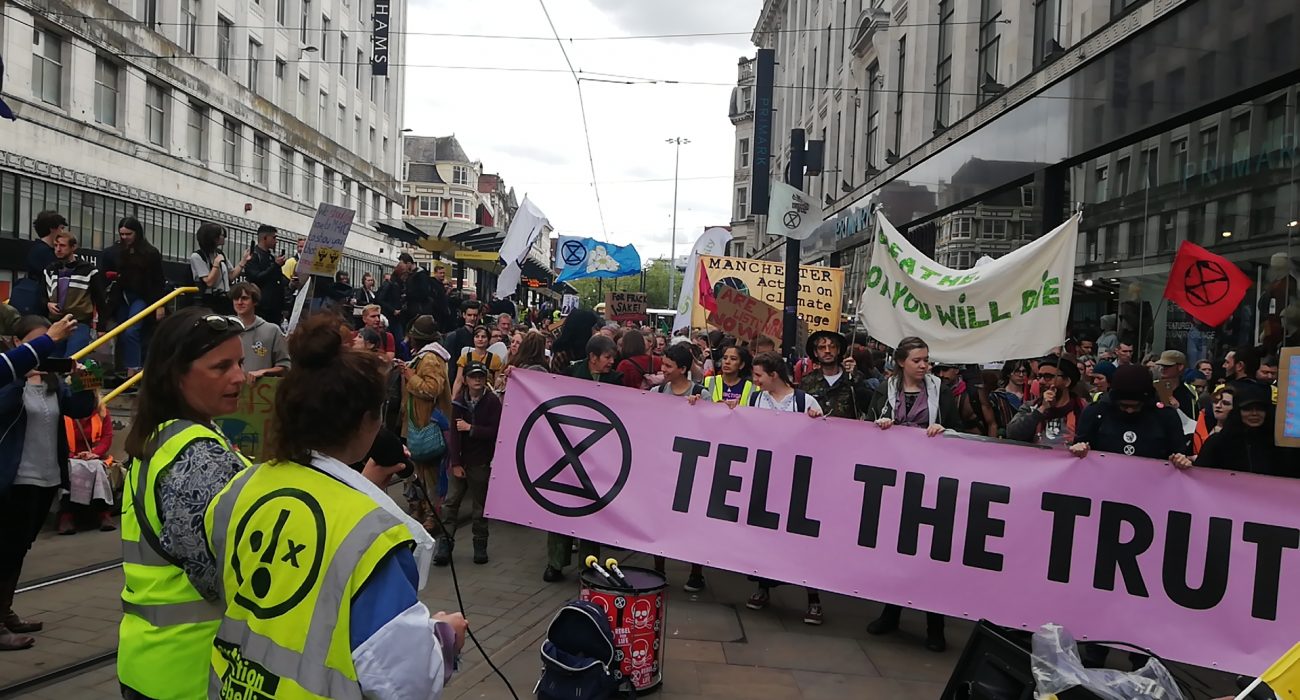 Manchester and Protest – getting engaged in your new city

A latent political history covers every inch of Manchester. Each alley, street and square holds its own story, preserving the tales of radicals and revolutionaries, of battles and massacres and most importantly of people coming together steadfast in their unity, fighting for what they believe is right. Whether it’s new ideas being created or old ideas being reborn, Manchester is the city that has ultimately influenced political and social thinking not just in Britain but also across the world.

As the birthplace of the industrial revolution and it’s fiercest criticisms, this city holds a unique and unshakeable bond to both the modern social and economic orders that exist, and those that are trying to disrupt it. This tension only makes Manchester a more interesting place to be. In fact it has become a city that does not know stagnation or inertia, for two centuries it has maintained its pace of change and that can be frightening. But I personally have found a sense of calm in the chaos.

19th century Manchester, home to some of the most famous radicals in modern history, was all about the new. New ways to manufacture, new ways to dissent, new ways of thinking and new ways of existing both as individuals and in the way we relate to authority. Two centuries later I see that same restlessness permeating many of the buildings and and people I come across here. So perhaps I misspoke earlier – Manchester’s restlessness and inability to stay the same is perhaps the one thing that has never changed.

It seems unlikely that students in spoons will come up with momentous or significant ideas – as much as we’d like to think we are, we’re not quite Marx and Engels – but that is almost irrelevant. We may not be historic thinkers but the desire to subvert and rebel remains, and in such tumultuous political times there are plenty of places to go and people to meet who share those same desires.

Whether it is anti-racism, LGBTQ liberation, feminism, Brexit, or anti-capitalism that drives your longing for change, there are more groups and movements based either in Manchester or with a significant presence here than ever before. It was only last week that extinction rebellion garnered nationwide attention with their protests on Deansgate and a series of “Stop the Coup” protests sprung up in almost immediate response to the prorogation of parliament.

Protest is certainly not university-specific; in Manchester it’s for the whole city, representing a unified voice. So don’t feel limited to certain student advocacy groups or on-campus organisations if you feel they aren’t right for you. Below, in no particular order, are suggestions of campaigns, organisations, protests and everything in between with branches in Manchester that you can get involved in for you to get involved in.

Upon coming here as a fresher myself I did not necessarily realise just how vast the political landscape is here, so take advantage. Whether you’re coming back to Manchester or you’re saying hello for the first time, get involved because there’s something for everyone.