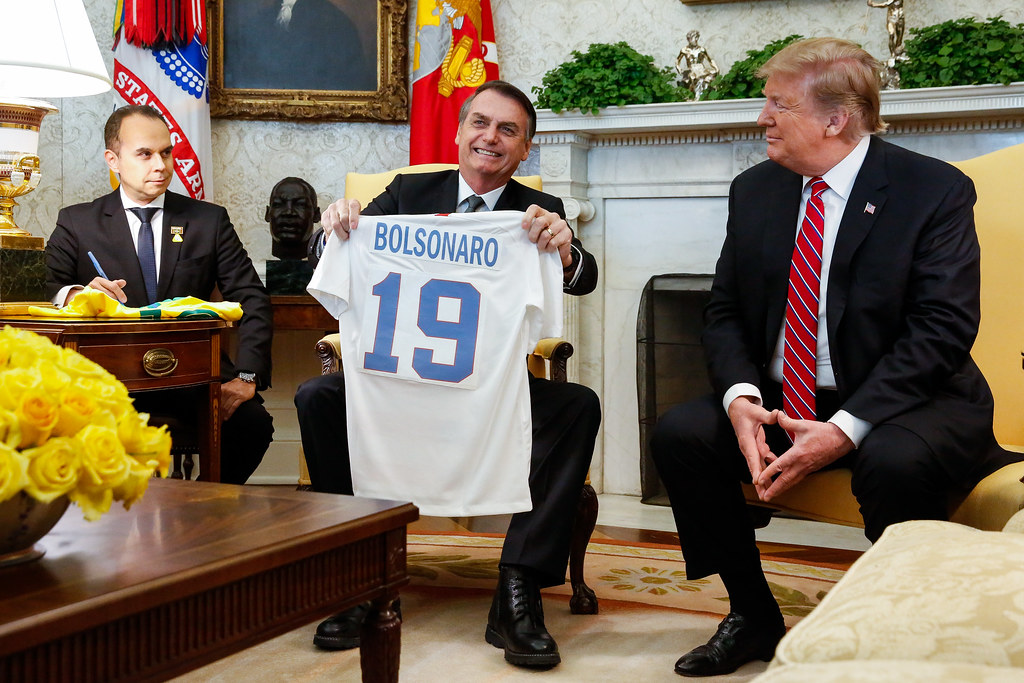 Apocalyptic footage of burning woodland in the Amazon Rainforest reached our screens last month in what can only be described as a crisis in Brazil and the world over.

The story begins in July this year when Brazilian president Bolsonaro had a row with his own space institute about the scale of deforestation in the Amazon. The National Space Research Institute (Inpe) released satellite data that showed more than four hundred square miles of rainforest had been cleared in the first fifteen days of July, a 68% increase on last year. The director of the agency, Ricardo Galvao, was consequently sacked over the row. The Institute has also released data showing that the Amazon has had a record number of fires this year, an 84% increase from the same period last year.

To understand what is happening, it’s illuminating to dig into the nature of Bolsonaro’s presidency up until now. In the past Bolsonaro has particularly pleased Brazilian agribusiness giants with his stance on climate change and the environment. In the run-up to the Brazilian election, he pledged to take Brazil out of the 2015 Paris Climate accord, called global warming “greenhouse fables”, and wanted the evisceration of Brazil’s environmental agency and its Chico Mendes Institute: which oversees fines for deforesters.

Agribusiness has a huge presence in Brazil’s legislative bodies. According to a survey conducted by Reporter Brasil, around two-thirds of federal deputies seeking re-election last October either introduced or voted for bills harmful to the environment and indigenous communities. Out of the 248 candidates running for re-election, 138 were part of the Parliamentary Agricultural and Livestock Front – the notorious agribusiness Ruralistas; known for their regressive agenda on the environment.

What sort of global atmosphere has allowed us to get to this point? Bolsonaro is not an isolated incident, but part of a rising far-right international cabal that has called the bluff of the old consensus of political establishments across the world. Whether it be Brazil, the United States, or large swathes of Europe, far-right charlatans have taken significant political capital at the expense of old elites.

This brings me back to something posted on Twitter by economist Paul Krugman about Trump. He analyses how mainstream conservatives sold their agenda to the public through racist lies. George Osborne’s austerity programme was backed up by the idea that unfettered migration causes an unsustainable drain on the public sector and Trump won the 2016 election through a race to the bottom on rhetoric.

This is all irreversibly linked to the plundering of the Amazon. The dog whistles on racist rhetoric have been called out: the Overton Window – the range of ideas considered acceptable by the public – has moved to the far right. This equally applies to areas such as the environment.

The effort to eviscerate the Amazon is being bolstered by a racist government campaign to demonise indigenous people. A meeting of government officials used a PowerPoint presentation which details how President Bolsonaro’s rhetoric will be weaponised against indigenous people to undermine their access to Amazonian land and justify deforestation. Tactics cited in the presentation say that the government wants to redefine indigenism and environmentalism through realist theories of liberalism and conservatism, to quote: “Brazil above everything!”.

The interconnection between racist rhetoric and the depletion of natural resources by a government in cahoots with big business is nothing new. To call it anything other than fascistic would be dishonest.