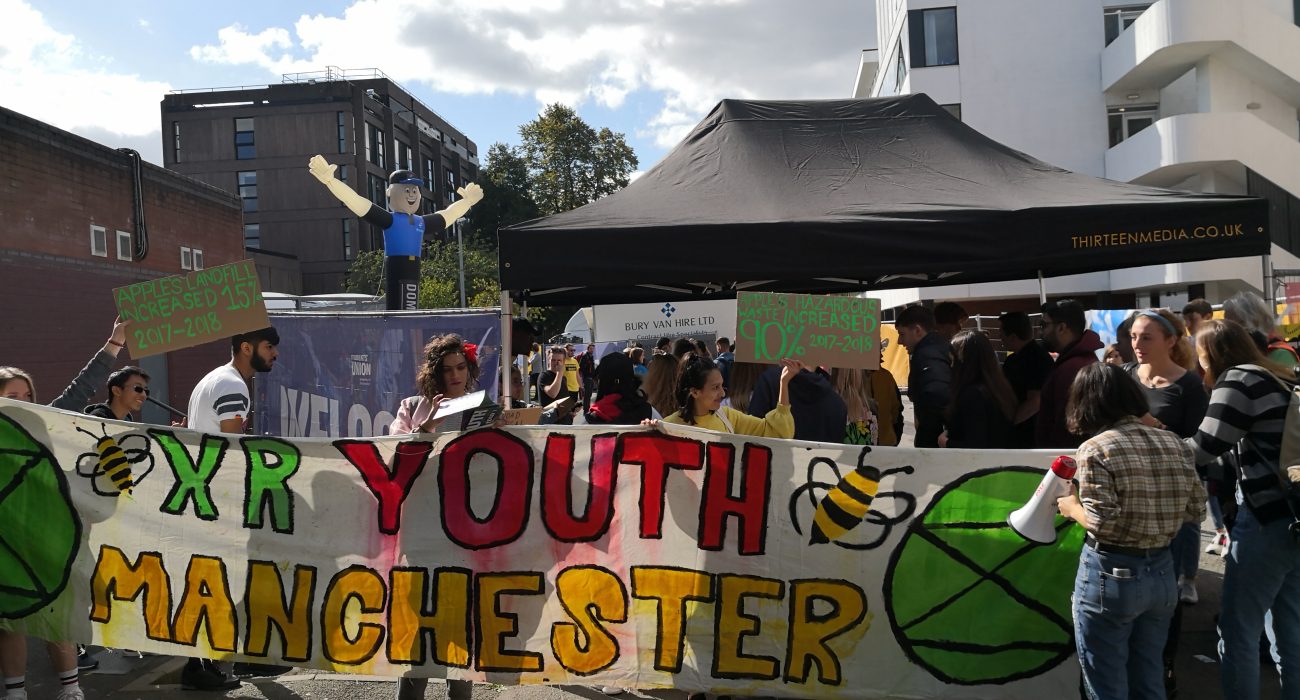 Protestors glued their hands to the entrance gates of the fair shortly before 2pm today in an effort to raise awareness of the climate crisis and the environmental impact of some of the companies at the fair.

Three of the protestors glued their hands to the barriers at the entrance of the fair and the tarmac, whilst others stood in front of the gates with a banner. 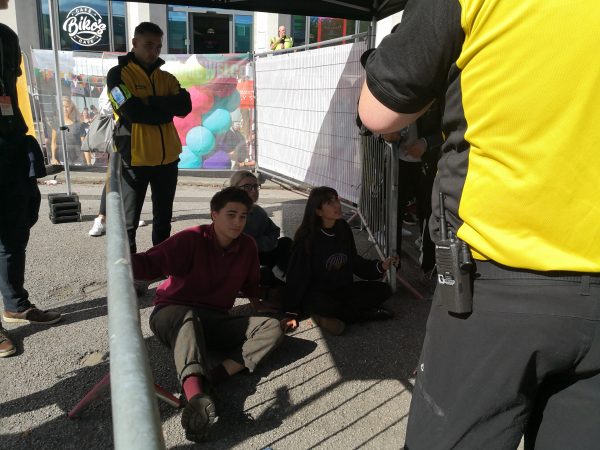 Speaking to The Mancunion, one of the protestors explained: “We’re protesting these companies, they’re contributing to the climate crisis. We are demanding that these companies tell the truth about their environmental impact.”

The XR Youth protestors also accused a number of companies at the ‘Freebies Fair’ of “greenwashing”.

The protestors declined to comment on whether they were students of the University, and how long they planned to remain glued to the entrance of the fair.

SU Exec Officers Lizzy Haughton and Adam Haigh were present at the protest. Both have declined to comment.

SU Women’s Officer Ayla Huseyinoglu raised concerns about the accessibility of the protest, saying: “I absolutely support the right to protest, I think climate activism is absolutely necessary as well, but I think when you employ direct action you have to think about who that disrupts, and I think that this disrupted our students and staff and not the system.”

Education Officer Chloe Salins agreed with Huseyinoglu, adding: “From an accessibility point of view, more should have been thought out in terms of the accessibility and the location of it, to ensure that any students that do want to attend the freebie fair, whatever their rights and views are, can still attend it safely.

“For me, my concerns are more with health and safety. If there was to be a fire or any incident the entrance that they’ve used would probably be one of the most commonly used ones for students, and it [the protest] would not only impact people inside the fair but it would also impact their own safety as well, and I think that should’ve been more considered.”

Keith Wright, a legal observer for XR during the protest disputed that there was any safety or access issue: “I noted that the emergency exit gate was not close to the protests and was staffed by and directed people that way.”