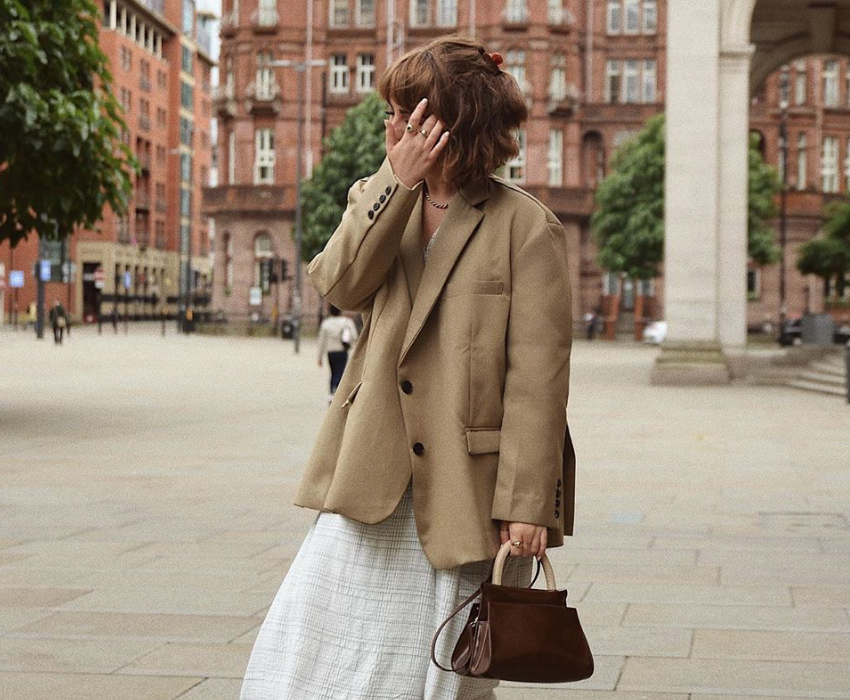 Alice Catherine on the streets of Manchester, photo used with her permission

Sixties and Seventies-inspired vintage outfits on the streets of Manchester are what keeps the city dynamic and unique and many Manchester fashion bloggers with various different styles are at the heart of this. Let’s take a look at some of the influencers who represent the spirit of Manchester with their stylish outfits.

Alice is obsessed with vintage style, music and the sixties. She’s a huge fan of Jane Birkin, which inspires her timeless style, especially her hair. Alice always looks effortless, elegant and stylish even on Manchester’s rainy days.

Her outerwear collection mostly consists of nude/beige colours including comfy cardigans, trench coats and blazers whereas her go-to shoes include small heels and loafers on sunny days and casual brown boots on rainy days.

Additionally, I would recommend her new podcast called ‘On The Outskirts’ with Sophia Rosemary. It discusses blogging outside of the London bubble and the positive sides of blogging in Manchester, as well as personal style.

The comfiest, easies throw on kinda dress! Thank you @warehouseuk for saving my bacon with this perfect dress on a day like today! 🙌🏼 (dress gifted) #styleinspiration #warehousewornwell #styleinspo #summerstyle #wiwt #vestiaire #vestiairecollective

Some people believe Sophia is Alice’s sister since they look alike and they have similar styles. But they’re actually just friends! Although they are alike in some ways, they manage to keep their styles different and they also discuss this topic in their podcast series.

Sophia is also a vintage lover, especially sixties and seventies style. In contrast to Alice though, Sophia’s go to is a jeans and t-shirt combination. Some of her indispensable pieces are colourful tops, striped or plaid skirts, classic leather boots and white sneakers. She also enjoys floral vintage dresses with sandals for summer.

If you see a brunette wearing a fur coat, brogues and straight leg coloured trousers wandering the streets of Manchester, look again because that might be Megan Ellaby.

Megan’s style reminds me of the colourful streets of Northern Quarter and her striking outfits really make her stand out from other bloggers. She’s often seen wearing pink straight-leg trousers and patterned sweaters. She is a proper Mancunian with her style, accent and colourful personality. She also has a YouTube channel.

Megan Ellaby’s sister Faye also loves wearing colourful pieces but her style is more modern than some of the other bloggers mentioned. She manages to look casual and fancy with her chic fur coats and Dr.Martens boots, or animal print dresses with coloured heels. Despite being from Manchester, her style gives us New York street style vibes.

Written by Burcu Can 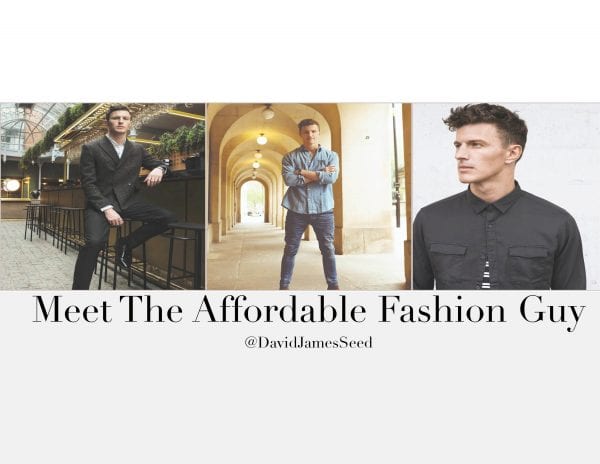 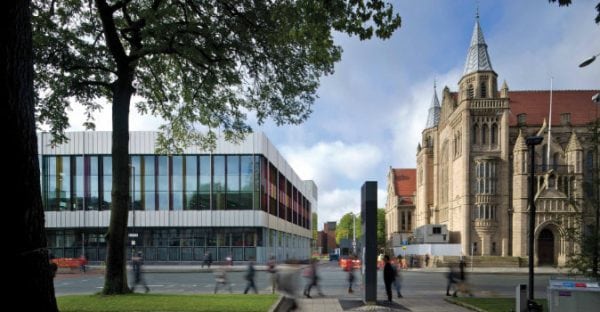 From Freshers’ to fashion week 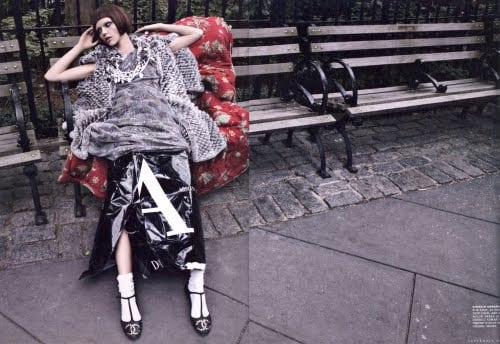 Beauty and the Tramp