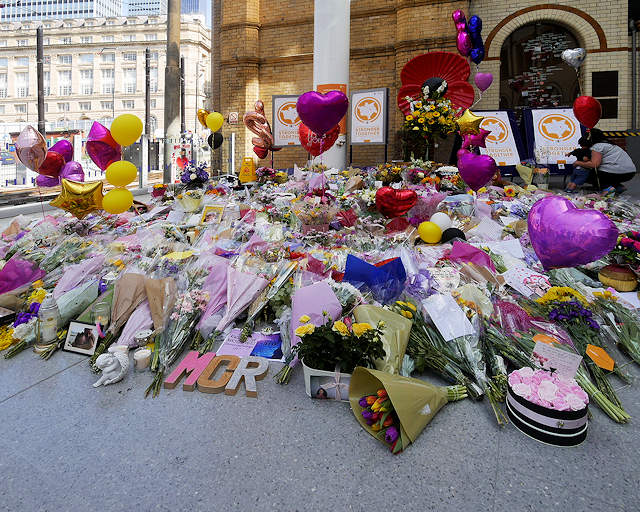 A coroner has ruled that families of the victims of the Manchester Arena attack may be excluded from large parts of the inquiry into the attack due to the sensitive nature of evidence from MI5 and the police.

The Coroner for the inquest into the attack, Sir John Saunders, announced that releasing this information to the public could pose a serious risk to national security.

This decision means the inquest will likely become a public inquiry. Saunders is expected to announce this at a hearing in Manchester on the 7th October.  This would lead to the production of two reports, one containing the sensitive material and one available to the public which would omit the sensitive information.

The creation of a second report means that the inquiry would be partially closed to the public, preventing families of the victims from hearing all evidence presented before the inquiry.

Saunders believes, if released, the sensitive intelligence “would assist terrorists in carrying out the sort of atrocities committed in Manchester and would make it less likely that the security service and the CT [counter-terrorism] police would be able to prevent them”.

He continued: “The risk which is identified in each case is that disclosure of the information will make it easier for terrorists to kill people by avoiding detection before they are able to carry [out] an attack.”

John Cooper QC, a representative of many of the bereaved families believes this decision has been made not to preserve national security but to prevent “national humiliation”.

Last year, a parliamentary watchdog found that a series of failures by the police and MI5 preceding the attack which took place on the 22nd of May 2017 killed 23 people and injured hundreds more.

Salman Abedi had been flagged by security services as a subject of interest, and was even placed under review but due to the slow movement of the system, no review took place prior to the attack.

Solicitor Elkan Abrahamson who represents several of the bereaved families also criticised the decision, claiming it would prevent the public exposure of the failures of the security services “which may have contributed to the loss of life”.

He added, “open justice and the rule of law protects us all. Candour and transparency are the friends of justice and accountability, and they help prevent future such outrages. Closed hearings, secret justice, may do the opposite.”

An inquiry would not take place until after the trial of Hashem Abedi, brother of the bomber Salman Abedi. Hashem’s trial is set to begin on the 11th November at the Old Bailey in London.