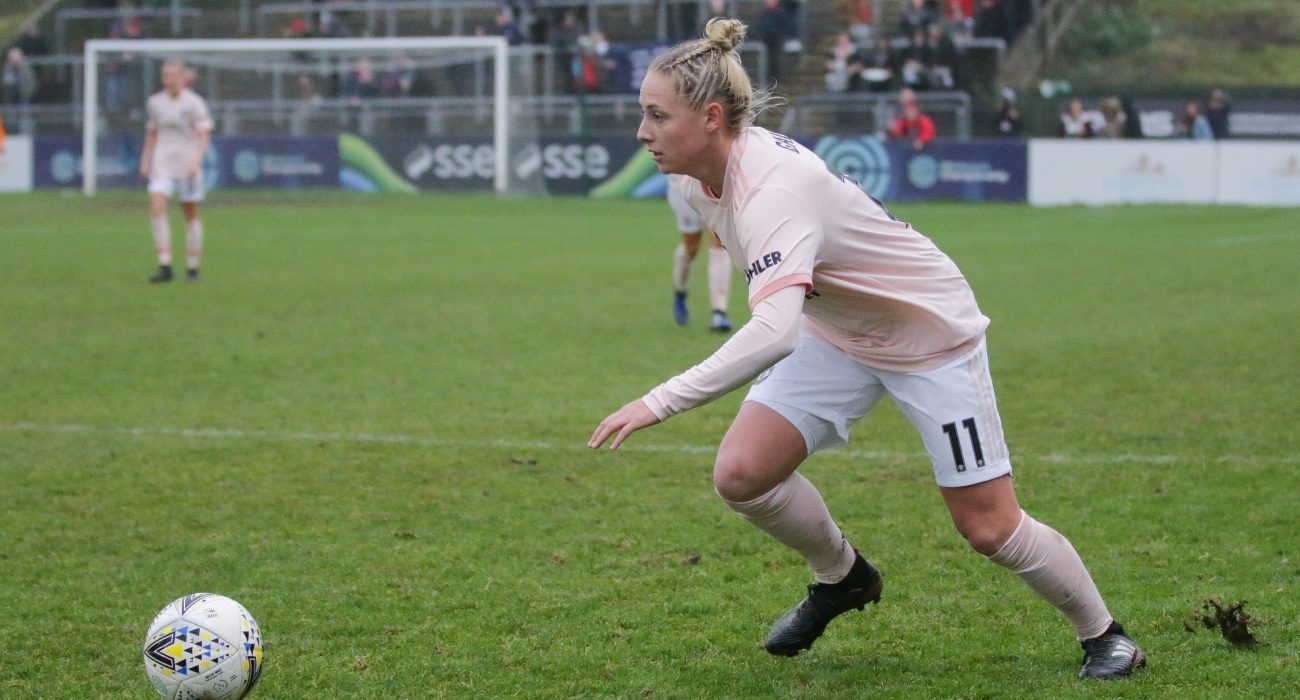 The FA Women’s Super League got underway at the start of the month, and it could not have opened with a more difficult start for Manchester United Women. An opening two fixtures of Manchester City away and Arsenal at home have proven tricky for the Red Devils.

On the other side of Manchester, the Citizens have also faced up to Reading, in addition to their opening day derby fixture. Manchester City finished last season as runners up to Arsenal, but they will be looking to go one better this time around.

The opening game of the season, held at Manchester City’s Etihad Stadium, was a tight affair. Just one goal separated the two sides, and it was a cracker. Caroline Weir’s 25-yard strike, a few minutes after half time proved to be the winner. The Scottish midfielder latched onto a loose ball and thrashed it into the top corner. Manchester United goalkeeper, Mary Earps, could do nothing about the strike, which ultimately meant her top-class performance throughout the rest of the game was in vain.

However, while it is the home side which gained bragging rights after this result, the game was a massive win for women’s football. The two Manchester sides played in front of 31,000 fans, almost six-times the previous WSL record figure of 5,265.

This game was not an anomaly. The following day saw Chelsea Women took on Tottenham Hotspur WFC at Stamford Bridge, and this attracted 21,000 fans. The successes of the England Lionesses over the summer has clearly done a lot for the popularity of the women’s game.

Manchester United WFC followed up their opening day with another defeat, this time at the hands of Arsenal. The goal came in the 88th minute, at the hands of Daniëlle van de Donk. Casey Stoney’s side had been clinging on and defending heroically against the Londoners, but it wasn’t quite enough to get their first point of the season.

Conversely, the women in sky blue have fared a lot better during the first couple of weeks of this season. They travelled down south, to Reading, with a Pauline Bremer brace ensuring they brought back all three points.

Manchester City are building a bit of a reputation for themselves already this season, with stunning goals being scored in both of their games. Bremer’s opening goal was a sumptuous curled effort from the edge of the box, after some neat footwork to keep the ball away from Reading’s German centre back, Sophie Howard.

Two games in, and the season appears to be dividing Manchester in terms of quality quite heavily. Manchester City sit in second place, joint on points with league leaders Everton, whereas United are currently stuck at the bottom of the table.

There is definitely more hope for Manchester United. Their opening two games were solid performances from a side formed little over a year ago. They travel across to rivals Liverpool next, who have also had a tricky start to the season, and hopefully here they will be able to snatch their first few points. It is a long, old season though, with 20 games still to be played by each team.