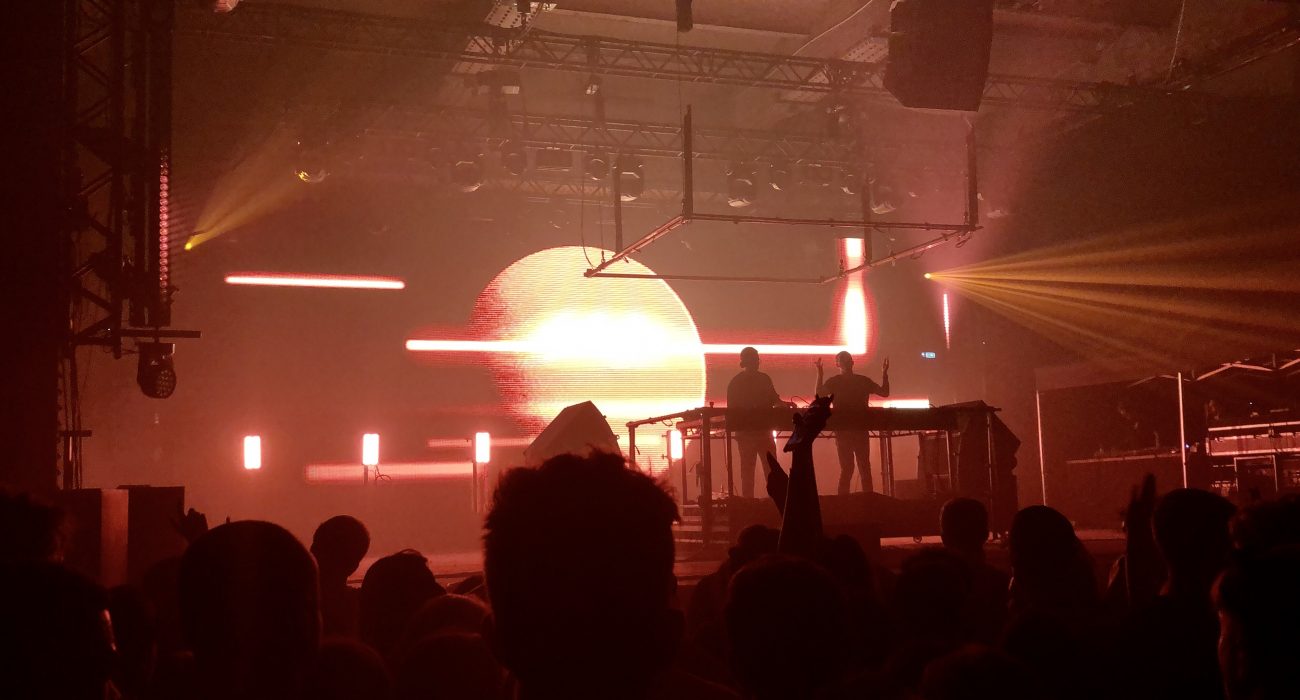 Concert-goers were scattered throughout the venue during the early hours of Saturday night, dispersed and floating between the three stages of the warehouse. In preparation for Disclosure’s entrance nearing midnight, however, the Warehouse Project audience seemed to multiply, all swarming for the DJ duo.

Facing the jam-packed Depot stage, the pair opened with their track ‘When a Fire Starts to Burn’ – an inviting introduction which sent the crowd chanting to this familiar chorus. Warm toned orange and red LED displays accompanied the matching, fiery crowd before the DJs transitioned into classic garage beats and deep-house mixes.

The DJs seemed equally enthused about their performance. As Howard spun his discs, Guy bopped about with a drink in hand seeming practically like one of us. Although only he was basking in his liberty to roam freely on stage whilst listeners bumped against each other, pumping fists and often cheering in unison.

Although explicitly announced as a DJ-set rather than a self-tribute concert, ardent fans might have been disappointed by the exclusion of many mellower but equally catchy pieces from their revival album Caracal, which proved their ability to emerge from the techno-garage style they had established and made somewhat mainstream with their debut album Settle.

I was personally hoping for them to play their later-released single of theirs, ‘Where Angels Fear to Tread’ – the rippling, deep beats, spitting laser sounds and reverberating vocals in this track are in-keeping with the club, dance floor atmosphere they appeared keen to maintain. Referring to the electronic dance music scene in 2015 in the duo’s LA Times interview for the release of Caracal, Guy claimed that ‘every song’s getting a little bit samey – the same old bass lines, the same old samples.’ And yet for most of the two hours, the brothers retreated into perhaps the more comfortable, familiar territory of producing a ‘jacking house beat’ that only occasionally distinguished them from the preceding act, DJ Seinfeld, or the following set by Annie Mac. In fact, even the set visuals, albeit manic, barely compared to the more personal aesthetics of Annie Mac and Mall Grab, who played later that night. 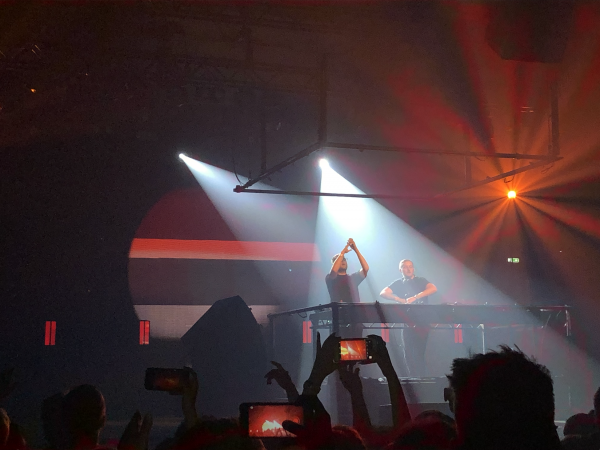 Disclosure duo, brothers Guy and Howard Lawrence enjoying the presence in mid-set at The Warehouse Project.

Perhaps they were more focused on a lively interaction with the crowd; indeed, they have determined the Manchester Warehouse Project as the ‘best party.’ Although certain beats seemed somewhat unchanging at times, perhaps attributable to their skilled, smooth transitions between tracks, audience members were reluctant to break from the venue at any point during their set. This was despite the warehouse being insanely over-heated, exemplifying a devotion that was unlike the attendees for other DJs that night, whose crowds often fluctuated in size; whole divisions of them sometimes fled in preference of acts playing simultaneously on alternative stages or, simply, for the smoking area.

Instead, Disclosure kept us on our feet by interjecting the set with sudden blackouts, leaving us eager for them to continue before they blasted us with explosions of heavy bass lines and pulsing black and white displays. Perhaps necessary to keep us consistently entertained, more organic, deep-house sounds recalling the likes of Lauer and Four Tet were weaved into their garage-adjacent tracks, and soulful vocal samples and R&B-influenced beats also balanced the previously harder-going atmosphere. With the brothers alternating  between each other with their turn-tabling and free-handed drinking and bopping, it was clear that they were having as vibrant a time as we were and their act remained the highlight of the night.

The duo ended their set by playing the likely long-anticipated, more relatable tracks from their first album Settle, the explosive hits ‘Latch’ and ‘You & Me’ concluding the set and further inciting the already violently-cheering audience. Overall, Disclosure left us with an assurance that a future return to the Manchester Warehouse Project would be very much welcome, their iconic white-line portrait leaving a memorable impression of their appearance. 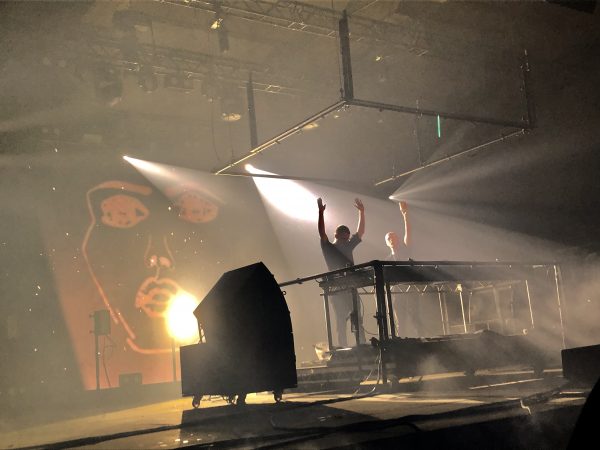 Disclosure ending their Warehouse Project appearance with a bow and wave to the audience, in front of the emblematic portrait.