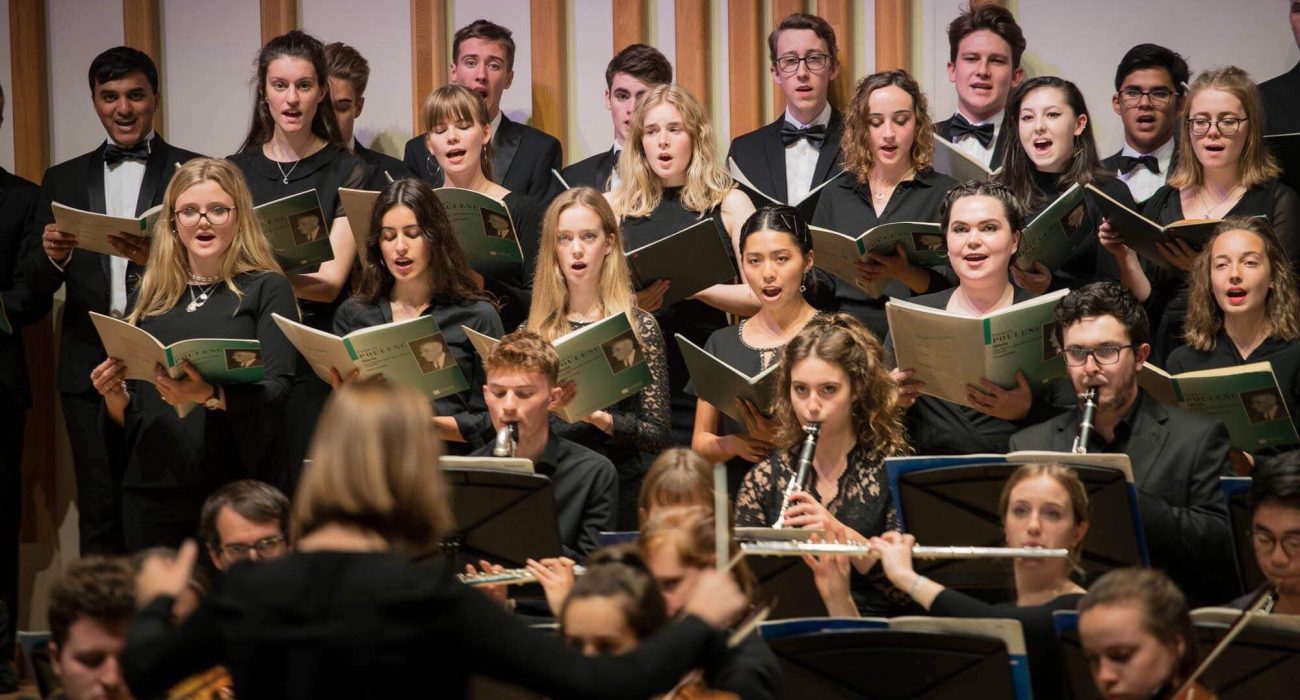 The concert featured all of the new members of the society, and they pulled off an excellent show with only twelve days of rehearsals.

It was also great to see the choir directed by Ellie Slorach, a former University of Manchester student and an up and coming conductor. They started off with a performance of Norweigan composer Knut Nystedt’s Immortal Bach.

The performance was particularly interesting as the choir entered into the audience and stood amongst the aisles. They were also not stood in their traditional groups of soprano, alto, tenor and base, but scattered out randomly around the room. This created an intensely immersive effect, as instead of hearing all four parts coming from specific sections, they were fragmented all around the room. This created a speculative atmosphere in the hall and was a very striking first performance.

The choir’s second piece was another of Norweigan heritage, Ola Gjeilo’s Sunrise Mass. Slorach’s command of the room was particularly noticeable during this piece, as well as her clear love for the music. She conducted with so much passion that at points it seemed like she was head-banging to a very intense mass. It was not distracting but actually increased the drama of the piece.

After the choir had performed, there was a decidedly different theme for the second half. The symphony orchestra featured a selection of 20th-century American symphonic music. Their performance started with a similar level of drama to the choir, but in a very different way. They went straight in with a startling ring of bass and percussion to start the Three Dance Episodes from On the Town by Bernstein. These three pieces were conducted by three student conductors, and all three gave very convincing performances.

The trumpet and saxophone solos in these pieces were very enjoyable, and the members of the orchestra did that lovely thing of looking excited to hear them and subtly celebrating with the players once they were over. Student performances are always enjoyable in this way as you can see real comradery between musicians.

This was then followed by Copland’s Clarinet Concerto, performed by James Gillet and accompanied by the string orchestra. The piece started out a little tame but we were able to see the extent of Gillet’s skill as it became more dramatic and complex.

The concert finished with a performance of Gershwin’s An American In Paris. This was directed by Robert Guy, who is an enthusiastic and talented conductor who really get the best out of the players. The orchestra’s enjoyment of the last movement was really obvious, and it was a dramatic end to a great debut for the group. 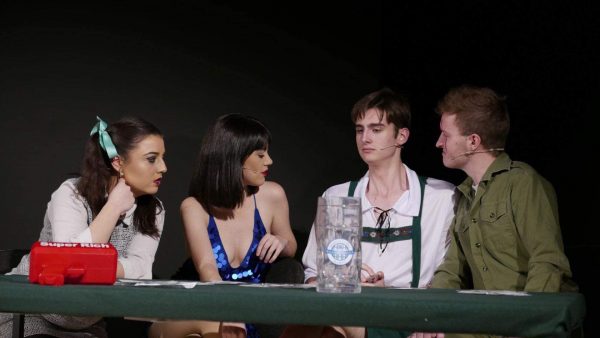 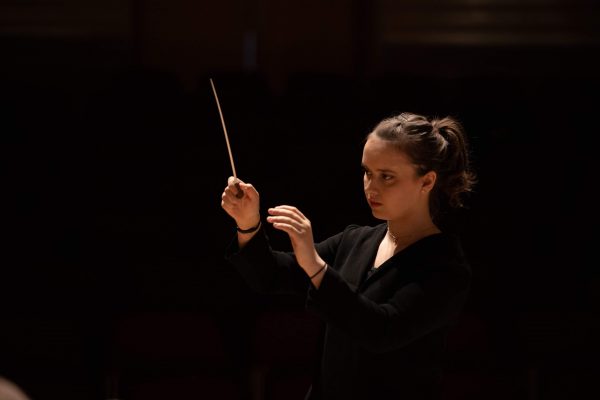