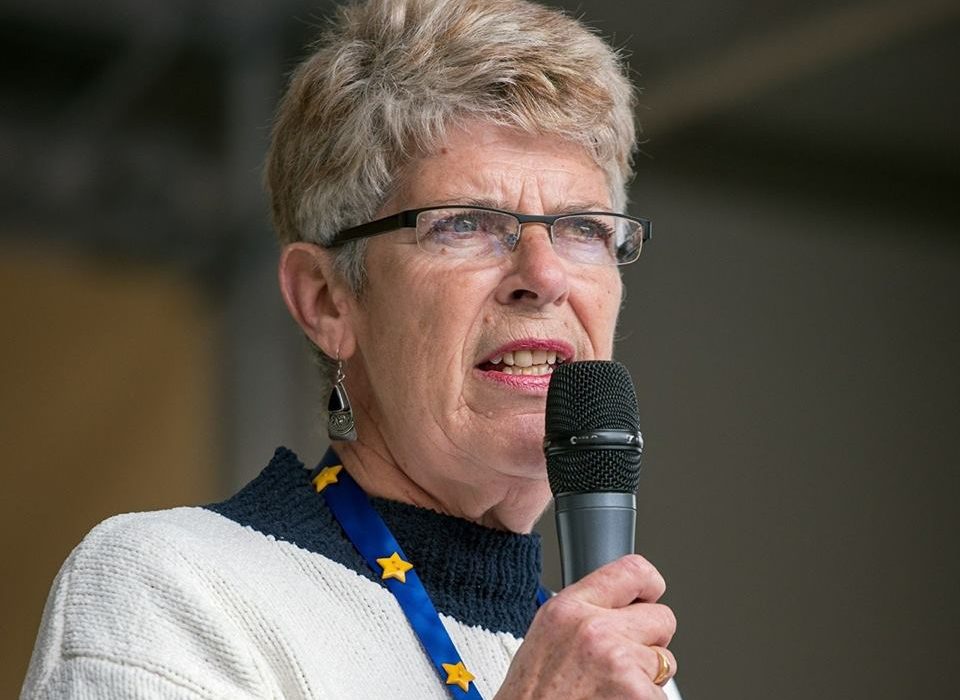 Wilson speaking at a rally in Leeds. Photo: Sue Wilson

I met Sue Wilson on what can only be described as a typical Manchester Sunday afternoon in 2019 – grey, rainy, and full of protests. The city must have felt millions of miles from Wilson’s current home in sunny Valencia, Spain, but neither the miserable weather, nor the fact that she had to walk in it from St. Peter’s Square to Rusholme (many of the main roads were closed in preparation for protests over the Conservative Party Conference), seemed to dampen her spirits. “I don’t come to Manchester for the weather,” she joked as we sat down.

And she certainly didn’t. Wilson was in Manchester to speak at the ‘Defend our Democracy’ rally, held over the weekend to coincide with the Conservative Party Conference. She is currently the chair of Bremain in Spain, a campaign group made up of Remainers looking to protect the rights of British citizens living in Spain. The group argue for the need for a second referendum, which is what Wilson calls “the most democratic way.” But she told me she ultimately feels that preventing Brexit altogether is the “only way we’re going to protect our rights”.

Wilson is one of approximately 1.3 million UK-born people currently living in EU countries outside of the UK and Ireland, and is unsurprisingly concerned about the effect of Brexit on those in her position. She is the first to admit that Brexit completely changed her political consciousness, calling the result of the 2016 referendum “a real wake-up call”.

“I wasn’t interested in politics at all, I wasn’t interested in current affairs either. I used to constantly tell my husband to switch the news off, it used to bore me,” she told me. But the result of the EU referendum changed all that. When asked why she thought Brexit had such a profound impact on her – enough to turn a previously politically disinterested, disengaged person into an activist within three months – she told me that it didn’t feel like a choice.

“I couldn’t believe that the country would decide to shoot itself in the foot in this way. As we’ve learned over the last 3.5 years, it’s so damaging to the country, people’s rights, to everything we hold dear really, so it wasn’t a choice to get involved. I felt as though I had no option – I had to do something.”

She encouraged any students who had felt similarly politically awakened by the result of the referendum to reach out to a student group, such as Inspire.EU and For Our Future’s Sake, but most importantly, to stay informed.

“There are lots of sources of information, and there are lots of campaign groups. There are ones specifically aimed at different groups; there are definitely groups that students can join, there are groups that young people can join, and even if you decide not to be active yourself, at least if you know the facts then you can make that decision as to whether you want to do anything about it or not, and whether it’s important to you or not.”

When asked about the space that young people and students occupy in the Brexit debate, Wilson was quick to point to the fact that nobody born in this century, many of whom are 18, and indeed university students today, had an opportunity to vote in the 2016 referendum. She acknowledged, that some young people did (and do) support Brexit, but fought against the ‘young versus old’ rhetoric that so often pervades the debate.

“People think that everyone over the age of 60 supports Brexit, and that just isn’t true,” she told me. “Of course, Brexit has a huge impact on the future of young people, but I have a good many years left and it’s my future, too.”

Wilson also advised EU nationals living in the UK to stay informed but not to panic: “Again I would make sure that you’ve got all your facts straight, don’t pay too much attention to government propaganda because it’s not always 100% accurate and it does rather paint a picture that is perhaps not the whole truth.” She pointed those in need of help to talk to the Citizens’ Advice Bureau, or the Students’ Union, who are currently running an EU Settlement Drive.

Wilson admitted that she doesn’t know what a post-Brexit future will hold for her: “I can’t imagine what I will do when Brexit’s finally over with, because I don’t know whether this has turned me into a campaigner for life, or if this is my one big passion.”

However, she doesn’t think it’s nearly over yet; she told me she is hopeful that we won’t leave the EU on October 31st, as projected by the government. In her own words: “there’s everything to play for.” 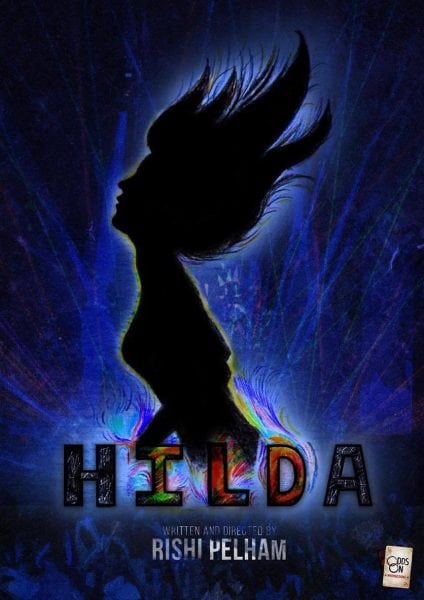