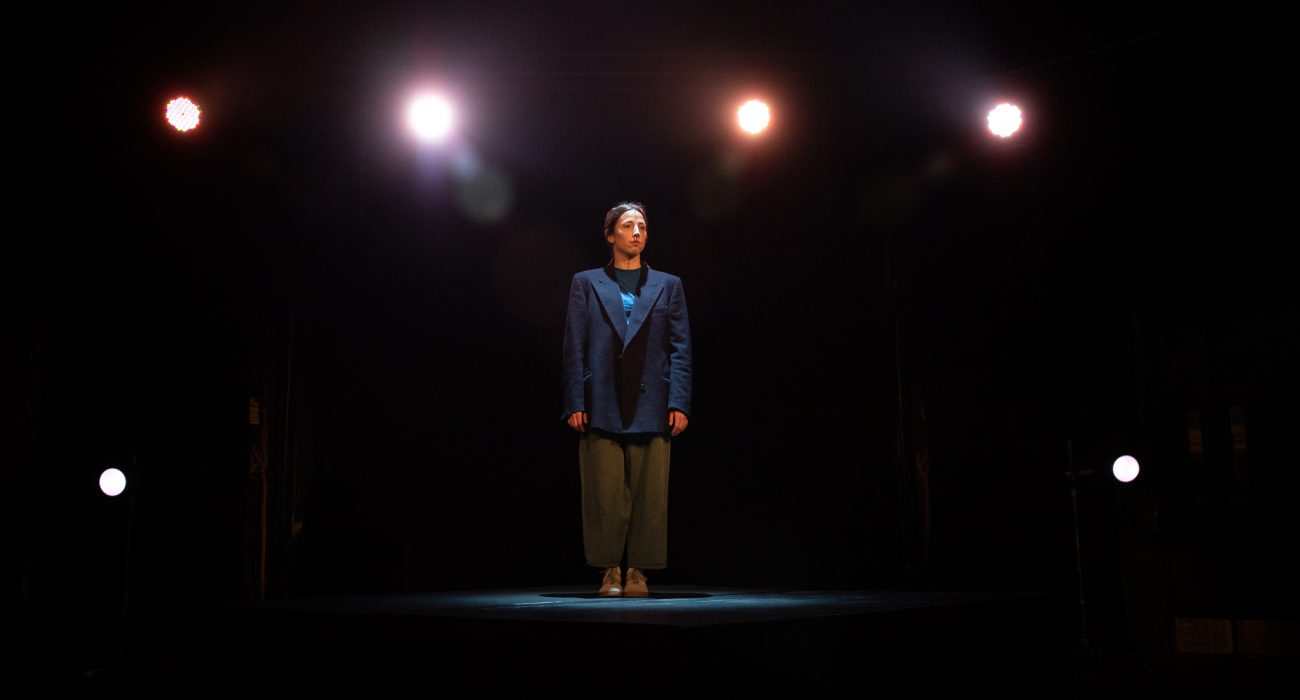 Igor and Moreno’s one-night performance of Beat at The Lowry was a hypnotic, solo dance performance that fused electronic music with contemporary dance to create an hour of almost total abstraction that stripped back dance and music to its bare bones – in this case, the beat and repetitive movement.

Due to the abstract nature of the performance, trying to summarise the premise of Beat in a sentence feels like a disservice to the act. What the audience was invited to experience was the solo dancer, Margherita Elliot, reinventing (what I interpreted to be) a concise set of abstracted elements of everyday life through movement and motif in conversation with the ebbs and flows of DJ Martha’s electronic music and Seth Rook Williams’ lighting design.

The performance commenced at 6:30pm, with the window walls of the Compass Room providing a panoramic view of Salford’s crimson sunset as a backdrop for the performance. As the beat began to overtake prior melody, the lighting shifted from white, softly coloured pastel beams to sequences in which the theatre was flooded with saturated reds, blues and greens.

Whether it was a deliberate decision to perform early to capture this outdoor transition or not, the sky melting to black coinciding with Williams’ lighting design taking a rave-like twist made the theatre feel disconnected from the outside world. The performance seemed to not only be a conversation between the dancer and DJ, but, equally, with the performance space it inhabited. 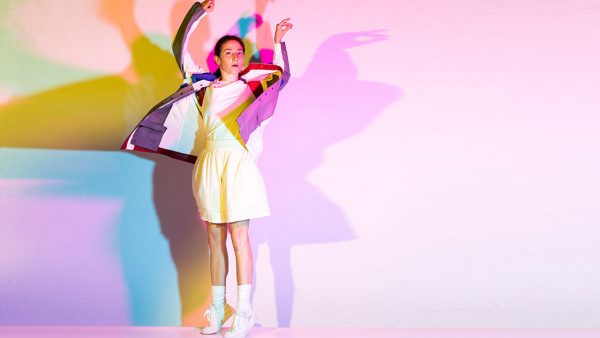 Elliot’s performance was a mesmerising hybrid of concise precision, roughened hysteria and charismatic punch. During the only break in the beat throughout the entire performance, Elliot drank water, paced to the edge of the platform stage looking down to the front row during a pause, before spitting it out to form a pool by our feet. These flickering moments of awareness and interaction with spectators allowed her to play with us throughout the performance by mocking and teasing us with furtive grins and middle fingers. And yet, she also directly appealed for our help as she swam, cried, and howled to the pulsating beat driving her consistent movement.

In this constantly reimagined tug-of-war of experiences, Elliot and DJ Martha’s moments of pulsating industrial techno induced a trance-like state. This lured us into a liminal state between spectators and participants, witnessing somebody work out why, where and for who she is dancing for. As a result, Elliot delivered expertly executed choreography and enabled me to consider what the piece was attempting to do by reassessing the differences and intersections between audience and performer.

Overall, I enjoyed how Beat took elements of EDM culture to explore identity within a contemporary dance performance. I am also aware, however, that the lack of narrative structure in the performance may pose a hurdle too frustrating to overcome for those watching who want clarity. I personally felt that the ambiguity was a refreshing opportunity for thought and reflection as to what was occurring, regardless of the accuracy of my interpretation. An hour-long, diverse sensory experience in which the mediums of dance, lighting and sound were treated as total equals is a rare experience onstage, and one which I am glad I had a seat to.