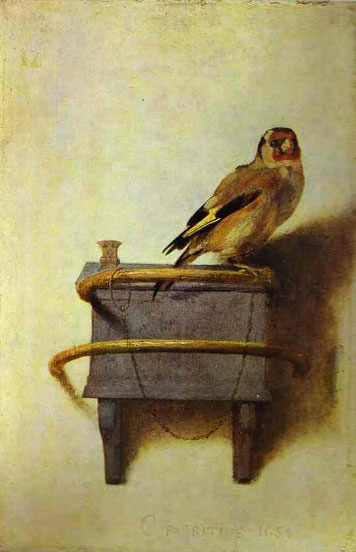 Some books, no matter how desperately you want them to, don’t make good films. The Goldfinch by Donna Tartt, adapted to screen by director John Crawley, is a prime example. The film begins with shots of Ansel Elgort staring miserably out of windows from various, fading angles — a theme which carries throughout. The entire 2 hours and 30 minutes of cinema is not an experience I would willingly relive.

Shortly after being introduced to Ansel’s misery, we skip back to main character Theodore Decker’s past, beginning to unravel the backstory. But then we go forward again, and so the film begins its jumbled and incoherent narrative. If I wasn’t a fan of the book, I’d have had absolutely no clue what was going on.

Despite the film’s gorgeous cinematography — we are treated to panning suburban shots of Las Vegas desert, vivid frames of New York and an absolutely stunning colour palette — the film has little impact at all. It feels like a rolling selection of random clips with little to no continuity between them. Each individual scene is well-acted, but when strung together, the film becomes weak.

The consequence of this structure is a piece of cinema that bores the viewer endlessly, skipping between narratives that don’t allow a bond with any of the characters at all. We see glimpses of love and romance in Theodore’s relationship with characters Boris (played excellently by Finn Wolfhard in early years, where the watcher gets to watch him swagger about), Philippa, and Kitsey. Similarly, we hear and see the tragedy of Theo’s past and a subsequent addiction, but feel no sympathy. I found myself uninvested in the entire cast, despite the abuse suffered by Theo and Boris, despite Kitsey cheating on Theo with the boy he held indirectly responsible for his mother’s death and despite his unrequited love for Pippa. In fact, somehow, the film managed to make me uncaring even about the death of Theodore’s mother itself, finally played out right at the end, by which point I was so tired of the entire affair that I nearly dozed off on multiple occasions.

The Goldfinch is faithful to the book it is adapted from, but one of the complaints about The Goldfinch novel was its 784 page length, and that doesn’t bode well for the film adaptation. The film is beautifully written, indulgent in the dialogue taken from the novel, but this doesn’t make up for the lack of pace and the slow, trudging plot. At points it feels like you are watching nothing happen despite being sat in front of moving, talking people. In the film’s entirety, I’m not entirely sure what I could tell you I spent watching.

What faulted the novel, causing great divides about its deserving of the 2014 Pulitzer, is the exact same problem in film. The Goldfinch is just as long, just as drawn out, and reaps none of the rewards of the glorious descriptions and imagery Tartt provided. Instead, the film rambles and skips – unable to deal with the issue of ageing and growth that is so key to the novel. The Goldfinch is as beautiful as the Fabritius masterpiece from which it takes its name, but the overall impact is akin to a child’s finger painting.