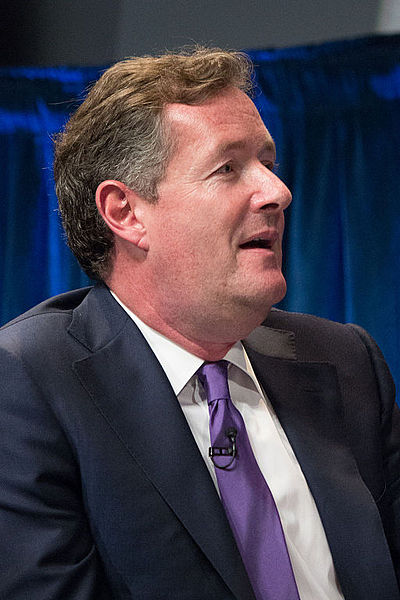 Once again, Piers Morgan has ruffled the feathers of the Twittersphere this week, this time for arguing for his right to identify as a ‘two-spirit penguin’.

After a petition to get him axed from Good Morning Britain circulated the internet, journalist Benjamin Butterworth and transgender TV personality India Willoughby joined Piers in debating the emerging notion of there being ‘100 genders’.

Yep, you read that right – one hundred. It sounds ridiculous, and as much as it pains me to admit, I agree with Mr Snowflake when he says that you cannot ‘cancel’ someone’s career on the basis that they will not quietly surrender to this incredibly fresh and perhaps bizarre take on modern gender identity.

What I don’t agree with, however, is ITV backing Piers Morgan’s right to rant freely and fervently about the lack of validity of people who may be experiencing great confusion and difficulty in their own gender identity right now, whilst also promoting the importance of mental health awareness.

It just doesn’t make sense. Not understanding a new social phenomenon or debating it with the aim of coming out the other side more educated and enlightened is okay. Ranting and raving and downright ridiculing people who are probably very vulnerable right now, both in themselves and to the world around them, on national TV, is not. The unnerving suicide rates amongst trans and genderqueer youth speak for themselves.

The 100 genders issue is something to be wholly unpacked another time, and I can’t help but feel that the complexity of this brain-melting proposition is detracting from a very simple issue that could be discussed now, and much more rationally, but Piers clearly disagrees. This week’s debate follows closely behind Piers’ public mocking of pop star Sam Smith and their recent decision to come out as non-binary.

I’ll be honest, I am still getting my head around the idea myself. The only society I’ve ever known is one in which people were expected to fall neatly into two categories: men and women. But, then, we must take care to remember that just one century ago, the only society known was one in which women couldn’t open a bank account or have an abortion, and being gay was illegal.

Progression follows naturally from discussion and education, and a lack of the latter two is what fuels bigotry and hatred. I think (and for the sake of humanity, hope) that the seemingly outraged reactions to Smith’s revelation, and other recent developments in perceptions of gender identity, are borne of an arrogant unwillingness to abandon what we once accepted as concrete, biological fact, as opposed to genuine outright anger.

If it wasn’t clear enough by now, let’s break it down – ‘sex’ refers to a biological makeup of chromosomes that determines levels of oestrogen, progesterone, and testosterone. These hormones control strictly physical factors (side note – even sex biology isn’t a black and white case; see ‘intersex’).

Gender is a social construct which is asserted and elaborated often before we are even born. It is a phenomenon enforced so heavily by environment that we are blinded to the reality. From birth we are bombarded with the presuppositions that boys will take up football lessons whilst girls dance; boys will aspire to chivalry whilst girls aim for desirability.

It is only in today’s social climate that people are finding the courage to fight back against tradition and say ‘this isn’t me’. Some people just don’t feel that they can, nor should they have to, squeeze themselves into one box or another that they don’t fit into – gender is a vast continuum, not a binary distinction. It is essentially an abstract concept. So, for all you socio-psychology pioneers tweeting ‘if you’ve got a d*ck, you’re a man’, well done. You will luckily never have to be brave enough to tell the world who you really are.

Calling someone ‘they/them’ doesn’t have to mean we’ve entered some mad world of PC-crazed chaos. It’s simply a respectful nod to someone’s choice not to define themselves by a restrictive social norm. The use of one pronoun in place of the other can mean the world to someone in what may be a very dark time. As comedian Ken Cheng nicely and satirically put it, “it was too much effort for me to say ‘they’…so now I spend 5 hours a day arguing with strangers on the internet about it.”

As much as prescriptivism, angry old men and self-ascribed ‘scientists’ would love to shut down non-binary people, it is down to individuals to decide whether or not to honour politeness by using someone’s preferred pronouns. We may not be able to get Mr Morgan the sack (yet), but perhaps one day, with the help of some education from someone very, very patient, he will calmly come around.

Support for those struggling with mental health issues relating to their gender identity is available via the phone numbers below: 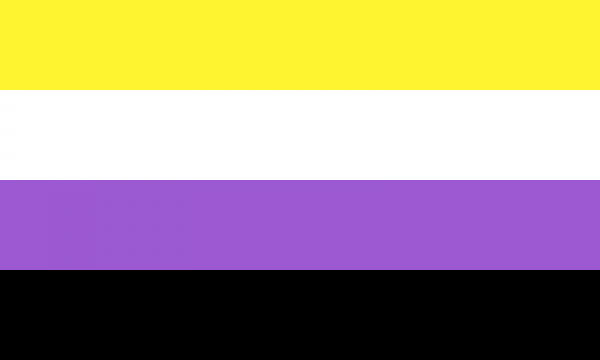