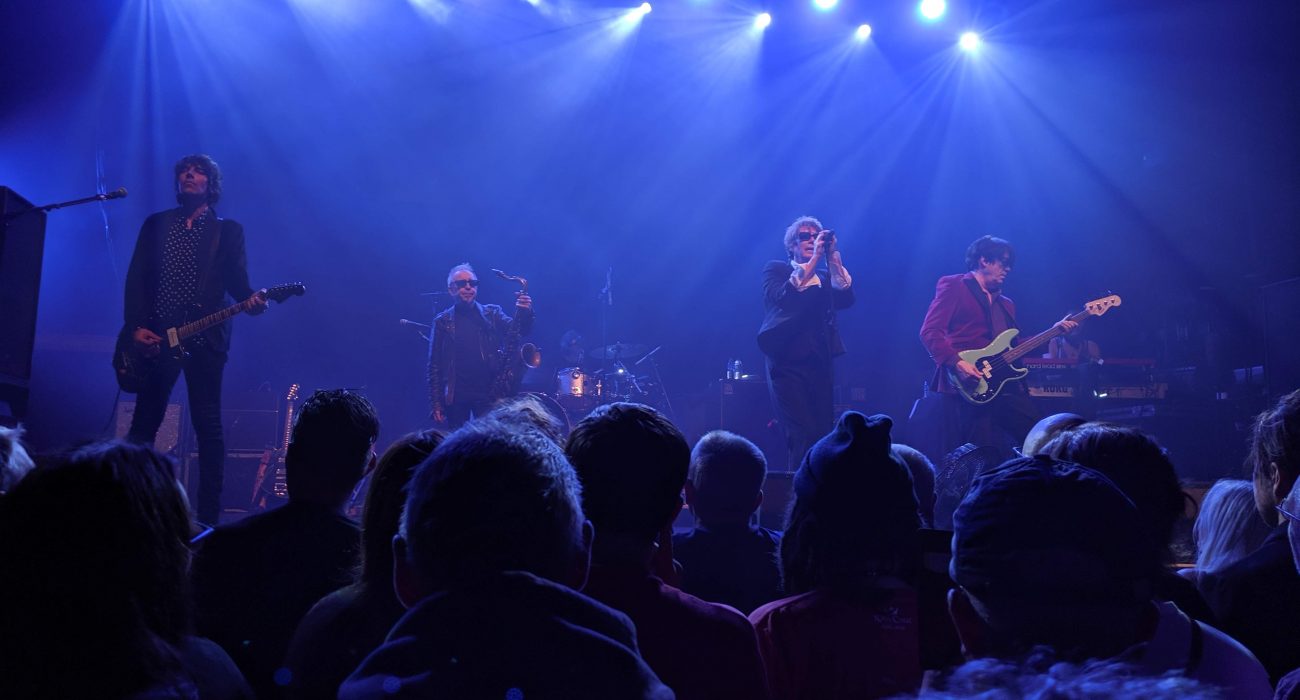 The Psychedelic Furs at O2 Ritz by Alexander Cresswell

“Manchester, you bunch of boring fucking bastards. One of the best tunes of the 80s.” Thank you Manchester man, you articulated my thoughts very nicely.

This statement wasn’t delivered by the band who, to their credit, were absolute professionals throughout the entire performance, but rather a disgruntled member of the audience. Disgruntled at the atmosphere of those in attendance and the lack of movement amongst our ranks. The crowd was dismally immobile, a shame at the best of times but exaggerated by the Furs’ own stage presence – mobile, engaging, enthusiastic. Everything you could possibly ask for.

This was Psychedelic Furs opening night of their European tour and they really deserved a better welcome. The support act, Wendy James of Transvision Vamp, played their part excellently, serving as the perfect warm-up for what was to come. Sharing many of the same punk influences and motifs as The Furs but with a more frenzied atmosphere, they were a terrific icebreaker. Their music, aggressive, comedic, melodic, compelled you to dance and Wendy James truly came across as somebody who was in their element. Fair play to them. This was the first sign, however, that all was not right. The audience was thin and not dancing. Forgivable for an opener but never a good omen; it was a real shame as the band’s enthusiasm warranted a more emotive response.

So, the support wrapped up, we waited, I spoke to a middle-aged punk couple, the sound techies came out, all was well. Then the Furs emerged on stage to the sounds of ‘Dumb Waiters’, a relentless, post-punky demonstration of what they do best. The cries from the audience were rapturous and it seemed as though the event was in full swing. And then it stopped.

Once the initial excitement of their arrival subsided, the audience became dormant.; clapping at the end of tracks but not dancing. Of all the bands to attend and opt not to dance to, The Psychedelic Furs are a strange choice – they’re rocky, jazzy, funky, punky, chunky (they were actually all very slim), everything that you could ask for!

On this note, fair play to The Furs for bringing to the gig what they did. They were the embodiment of high energy – all the more impressive when you consider their age (they’re all 60+)! It’s a good sign when the lead-singer, saxophonist and lead-guitarist are all competing to be the frontman of the group and this element of one-up-manship was certainly a force for good throughout their performance. In this vein, they appeared to be a group performing for themselves and nobody else and in all the right ways.

Having said this, I feel they could have opted for a few, higher tempo tracks for their openers as these didn’t come until later in the set which may have played a part in the unengaged audience but apart from this, the group were true showmen who had clearly honed their craft with years in the game. Just a shame about the audience.