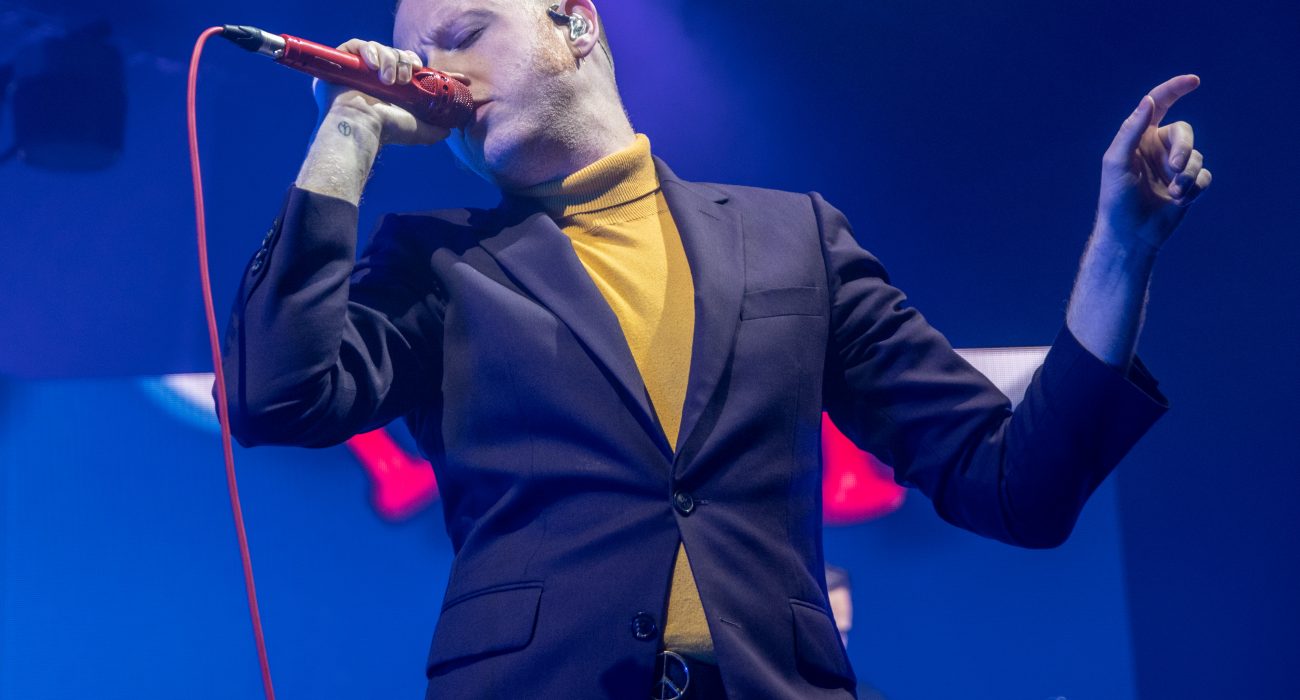 Taking to the stage with an undeniable swagger, Two Door Cinema Club gave a spectacular, sold-out performance to Victoria Warehouse.

As the band made their way to the stage to a visually compelling computer themed intro, the unmistakable drum-beat of ‘Talk’ kicked off proceedings. Donned in his classic suit and turtleneck combo, lead singer, Alex Trimble, strolled on to the stage to huge applause from the crowd. His showmanship was made evident right from the off, gracefully cruising around all areas of the stage. 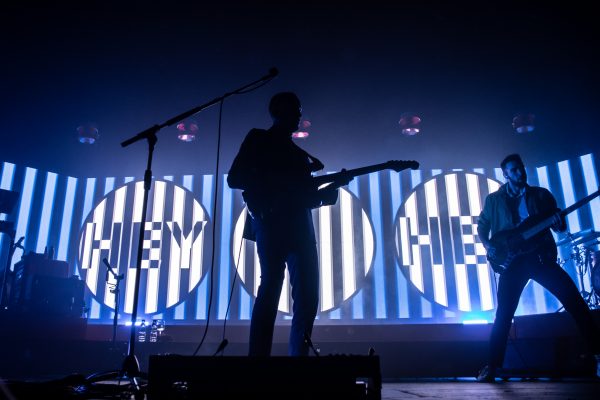 The bold start continued with ‘Undercover Martyn’ and ‘I Can Talk’. Two songs from their debut album, Tourist History, that really pack a punch. Opening the show with four hugely popular songs can sometimes cause the middle of the set to seem like an anti-climax. Instead, the band just took the atmosphere in the room to stratospheric heights.

Throughout the entire performance, the visuals were innkeeping with the themes of the music, complementing the performance perfectly. Two Door have never shied away from their use of colour in performances. This is demonstrated to great effect during ‘Dirty air’ with bold colours, warning signs, and other imagery in keeping with the theming of the latest album. Visually stunning to watch.

One song that disappointed was 2016’s ‘Bad Decisions’. I found that the high-pitched vocals were a struggle for Alex and I felt uneasy listening to them. Live, this song really leaves much to be desired. This was especially disappointing to me as the rest of the performance was so clean and refined. The crowd, however, did not cease to idolise the band. 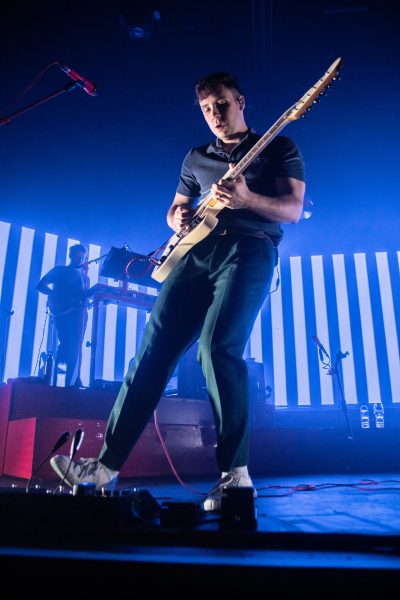 ‘What You Know’ (the band’s biggest hit) began a frenzy of smoke bombs, shoes and t-shirts being launched from all directions. The atmosphere was incredible, the crowd was bouncing and the smiles around the room reinforced the feeling of sheer joy watching this band. They had everyone in the room bouncing — even the security guards couldn’t contain themselves.

The audience were impressive all night, however, one thing was blatantly obvious — standing a third of the way back from the stage, all that could be seen was a sea of mobile phones. The crowd, at times, seemed more interested in their Snapchat stories than watching the band play. It’s a testament to the digital world in which we live; paying to see a band like this perform live should be about the band, not how many likes you get from a blurry photo from the crowd.

Ending the night with ‘Sun’ shows that the band rely heavily on classic songs in order to fill out the set. I was disappointed with the lack of songs from the new album, False Alarm (only four of twenty). The ending was filled with warm colours and as much energy as per the start. It rounded off a spectacular performance from the band, one I highly recommend.