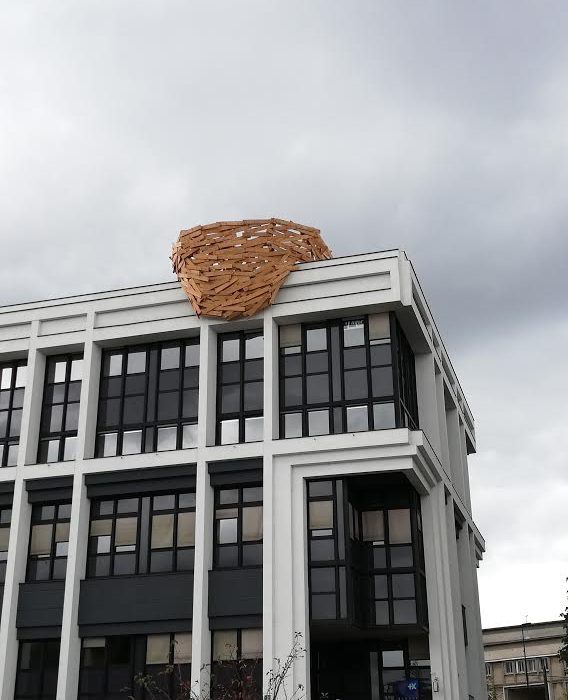 Nantes: The Manchester of France

The trams trundle through the urban jungle, passing by brooding gothic constructions which punctuate the industrial skyline. Suddenly, the vehicle grinds to a halt; on the tracks a crowd assembles, holding placards and standing in defiance. But instead of slogans reading ‘Tories Out’, ‘Save The Planet’, or ‘Divest’ – as we are used to seeing on Oxford Road – they read ‘Nous Sommes Tous Egaux’ (‘we are all equal’). Even if all the signs point to Manchester, we are in fact in Nantes. 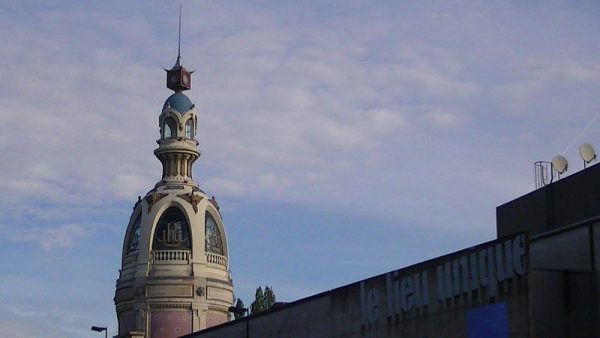 Nantes may not be a city you have heard about before; it doesn’t have the celebrity of Paris, nor the sweeping beaches of Nice. Instead it is situated in the somewhat under-appreciated northwest of France, straddling the enormous Loire river. But it is not just the geographical location of Nantes that compares with ‘the rainy city’ – when one examines its history and recent artistic regeneration, it becomes clear that I have stumbled across a home away from home.

The sixth largest city in France, Nantes grew in prosperity due to its industrial past, much like Manchester. Its location, connected to the Atlantic by the Loire river, made it the perfect port for a variety of trades, including sugar, cotton and machinery. From these imports grew several successful biscuit manufacturers, the most famous of which being Lefèvre-Utile Biscuit Co. which was established in 1846, as well as a fleet of cotton mills. In fact, Nantes was the ‘cottonopolis’ of France during the 18th century, producing the majority of French printed cotton.

Fast forward a few decades, and the urban landscape of Nantes had been formed; it was – and still is – a curious combination of neoclassical architecture built by rich merchants, resting alongside empty industrial constructions, rusting iron, and wasteland. After the restructuring of the shipping industry in the 70s and 80s, Nantes was facing a decline, leaving many industrial areas abandoned. The Lefèvre-Utile biscuit factory closed in 1985, leaving the vast building void.

However, there has been an artistic rebirth of the city since the late 90s, with  these industrial spaces being reclaimed. After huge reconstruction works, the biscuit factory reopened in 2000 as a wonderful new arts centre called Le Lieu Unique (The Unique Place). It houses a vast gallery, theatre and concert spaces, as well as a large dining area. The interior and atmosphere of the venue is very much akin to that of HOME, Manchester’s favourite arts centre.

What followed was a transformation of the Ile de Nantes, an island that rests in the middle of the Loire river. Walking around the island, one discovers a space packed with transformed factories, brutalist constructions, and public art installations. The harsh geometrical buildings of ENSA, the School of Architecture, tower over the river; their facades are rusty red, harnessing the bold decay of the old shipping areas. A five minute walk away is the Hangar à Bananes, a series of hefty storage buildings which once housed imported goods. The echoing interiors have now been transformed into a series of galleries, bars, and clubs, resembling something between Deansgate Locks and Castlefield – with a European twist, of course. 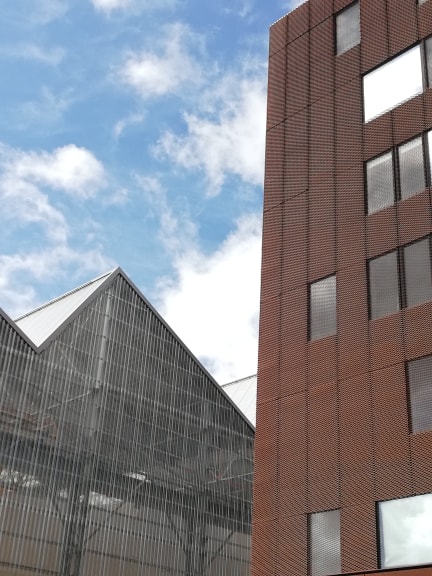 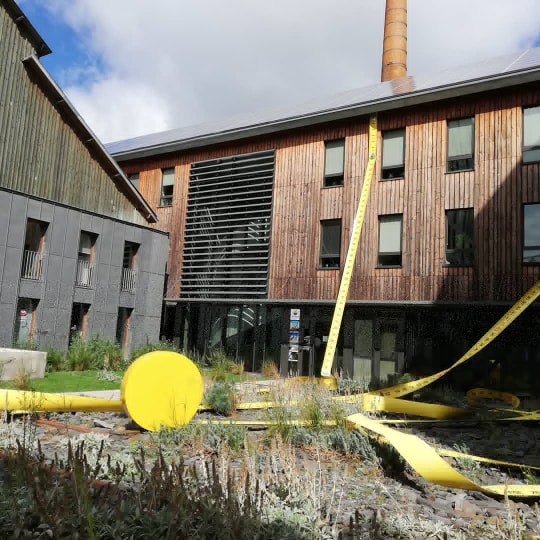 The next step in Nantes’ urban renaissance was the creation of the Machines d’Ile project, the most famous attraction of the city. When I first heard ‘Jurassic Park-esque’ roar of an elephant whilst waiting for a tram, I did a double-take. On the island, the old shipyard houses an enormous mechanical elephant; it moves, trumpets, and even sprays water on passers-by. This installation was created in 2007 by the french artists, François Delarozière and Pierre Orefice, and it certainly is one of the reasons that Nantes is considered avant-garde.

The surrealism, however, does not stop with the enormous mechanical mammal. Ever since 2011, the cultural initiative ‘Voyage à Nantes’ has been bringing the bizarre to the city. Throughout the streets a curious green line traces a path around Nantes. Inviting you to follow, it guides you past many of the city’s important historical landmarks, but also a variety of unconventional and quirky art installations. For this year’s edition of the festival, the city constructed a variety of enormous birds’ nests perched on the edge of buildings and upon lampposts. Past installations have included even more off-the-wall conceptions, a personal favourite being a mock up of the small tourist train made to resemble a ghost train, which would appear in the cathedral square emitting a haunting ‘woOo’ at bemused onlookers. 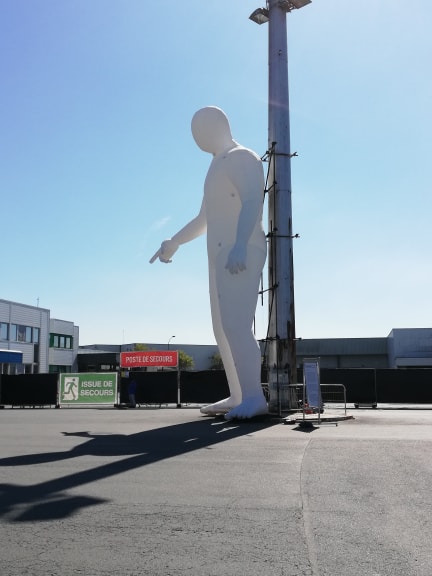 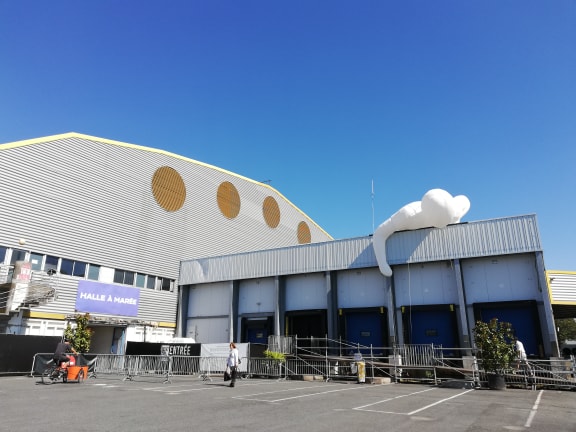 Stylish rebuilding, artistic innovation, and omnipresent street art make Nantes a gritty but enticing cultural hotspot. The city is a northern powerhouse, and a testament to the beauty and potential of industrial spaces. Much like our beloved Manchester, Nantes is the home to daring modernism and experimentation, attributes which have been recognised by the prize ‘European Capital of Innovation 2019’. 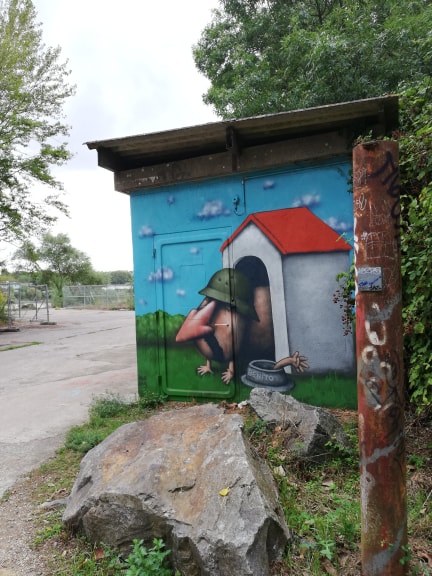 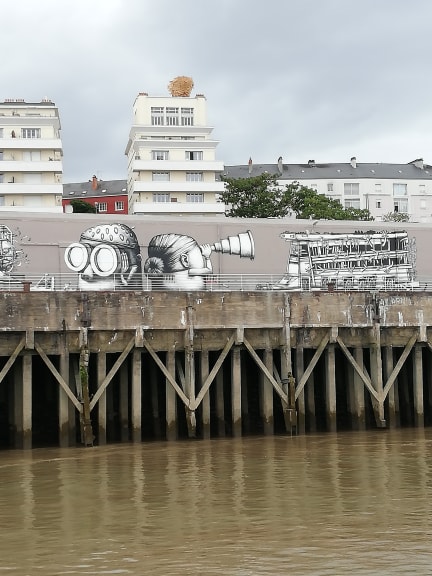