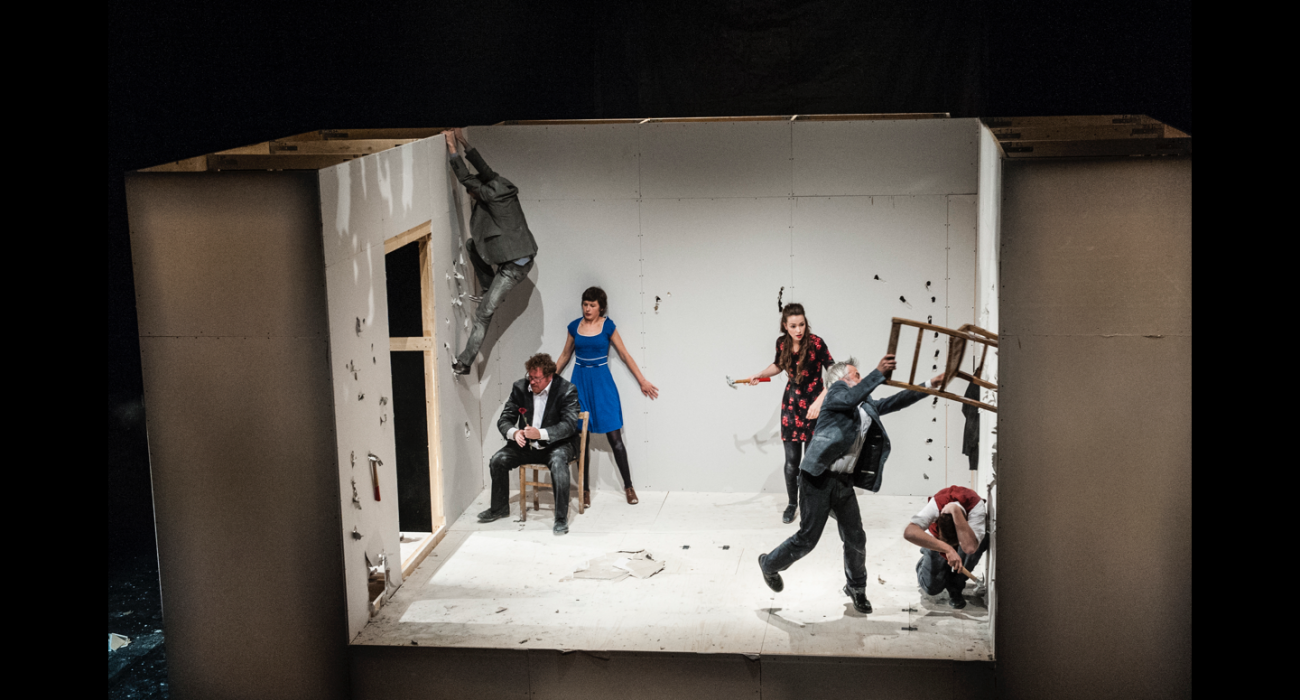 A stark stage, simple costumes and no talking. Reckless Sleepers’ Negative Space has all the classic marks of contemporary theatre and, rather than following a simple narrative, has characters explore the space in which they’ve found themselves.

A lone woman pushes against walls and reaches up to where her companion just exited. A pair pop their heads up from trapdoors and stare at each other and then at us. The entrances and exits are constantly innovative and compelling. These moments are at times contemplative, at times funny, and certainly building up to something.

The moment when hammers burst through the walls, startling a domestic scene of two characters mirroring each other on chairs on the otherwise bare stage, makes us jump but is exciting and signals a change of pace. Actions are repeated in a skewed way and the stage starts to be smashed apart.

In moments of calm we are left to reflect on the destruction in front of us and wonder what will happen next. A person is used as a battering ram, someone bursts through the wall, and through the whole thing there are small interactions between various characters – sometimes violent, sometimes playful, sometimes flirty. There was, however, an unfortunate amount of moments in which a man would pin a woman against a wall, or himself, in a way that I found disturbing.

The moment when a woman pushed a man through a wall that she had punctured with hammer marks stayed with me as something different; a fun, playful, yet, still semi-violent, act that changed the narrative. The plaster continued to scatter onto the audience, the stage was slowly falling apart, and we were still surprised by small peek-a-boos as the actors poked their heads through new holes in an endearing fashion.

Overall, the ideas are wonderful explorations of the self and reality, but there seemed to be a lack of motivation in the performance. Personally, I felt like the play needed something to help it come together which would justify the characters smashing the stage or a constructive element to compliment the destruction. Despite this, there were a lot of funny moments performed in a very genuine fashion, and the destruction of the confining stage was very liberating to watch. 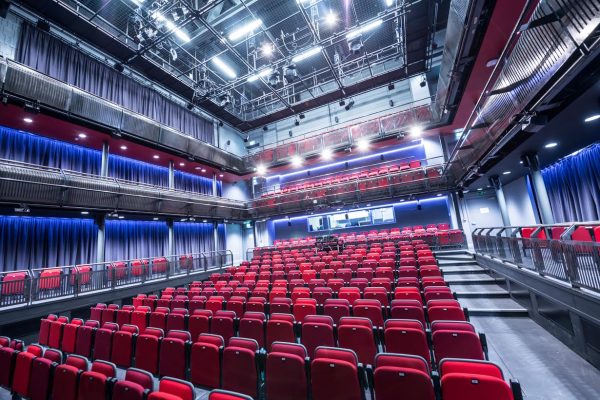 Negative Space was performed at the relatively new Manchester theatre, the New Adelphi Theatre (pictured). This theatre is in the New Adelphi building, which is nestled in one corner of the University of Salford, shining brightly among the surrounding buildings. The inside of the theatre is small and cute, making the perfect venue for smaller, more intimate performances. Watch out for their various live comedy, music and theatre shows as well as their regular film nights, which are sure to be a hit!