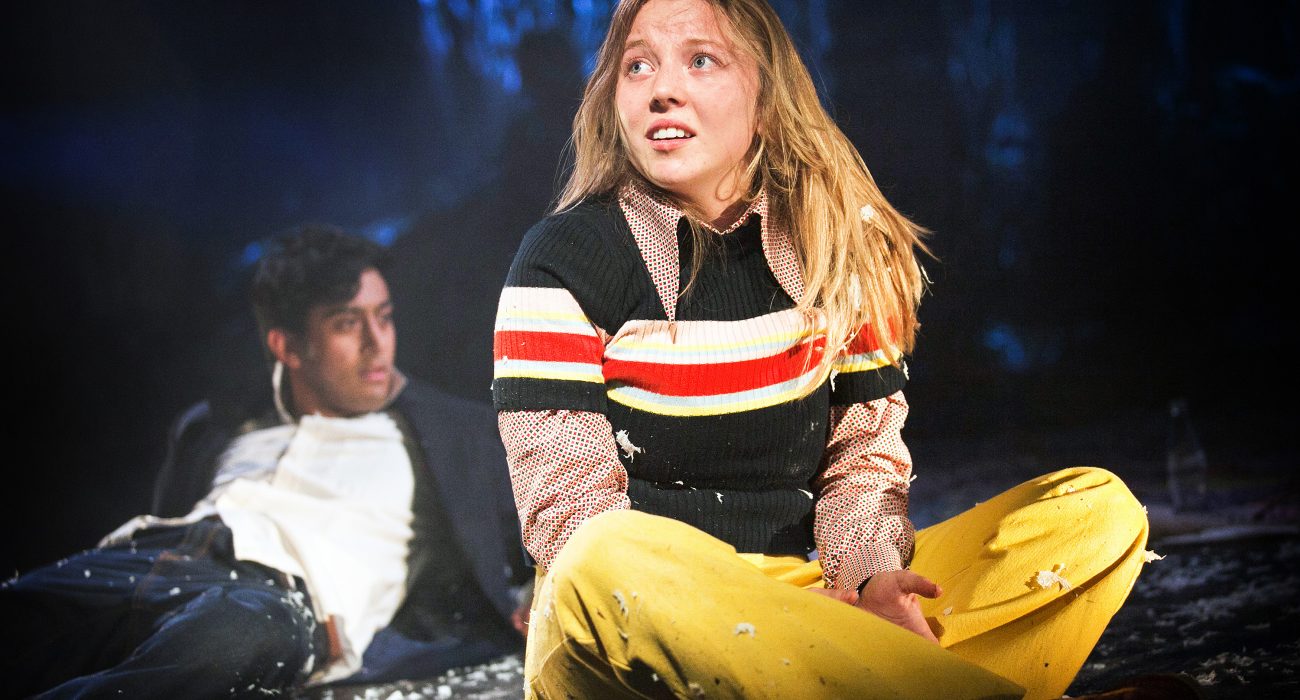 Audiences at The Lowry were transported to a world of heartache, drama, love and loss as Alice Seybold’s bestselling novel The Lovely Bones was brought to life onstage. The play gave a fresh and unique take on the gripping, coming-of-age tale which has warmed the hearts of the nation for years.

Set in 1980s suburban Pennsylvania, the narrative explored the ways in which the family of murdered 14-year-old Susie Salmon learned to move on and carry on living, all told from the perspective of Susie in the afterlife. The play subtly interwove the dialogue with quotes from the original book. which was enjoyable to audience members such as myself who have read and loved the novel.

The notion of the original book, a blurred boundary between life and death, and the relations between the two, is one that is unusually complex. I was intrigued to see how the play would approach such a difficult concept onstage, but from the moment the curtains went up, I was hugely impressed. The innovative and creative use of the stage, lighting and props was astonishing, and gave the audience a theatrical experience that was unforgettable.

The stage was set up with a mirror as a backdrop, which was used to reflect the action from different angles and perspectives. There was also a raised section within the mirror which helped the actors play around with ideas of space and distance, leading to a very experimental and beautiful depiction of the play’s various settings. Interestingly, the use of a box drawn in chalk on the stage acted as a boundary for the afterlife, allowing the protagonist Susie to interact with the action of the living world onstage, while still being seemingly ‘trapped’ in her version of heaven. The use of the mirror created a sense of Susie looking down on the action while still being involved, perfectly capturing the sense of her detachment from the real world, which is central to the narrative.

The use of lighting and music was also very abstract and unusual, but worked well in enhancing the drama unfolding onstage. The play began abruptly with a shocking flash of bright light, which immediately grabbed the attention of the audience. The use of red lighting in some of the darker scenes made the drama much more sinister, and combined with sound effects such as distant screaming and threatening music, really made the scenes quite terrifying.

Alternatively, the use of familiar songs from 1980s pop culture such as David Bowie’s Space Oddity in certain scenes made the otherwise sombre play much more lighthearted. The inclusion of live music and some original songs further showcased the talent and creativity of the cast and director.

The actor’s performances were emotive and heartfelt, and really brought to life the characters they were depicting.  The leading actors, Catrin Aaron (Abigail Salmon), Fanta Barrie (Lindsay Salmon), and Charlotte Beaumont (Susie Salmon), gave performances which were both serious and raw, while also being tastefully funny and witty.

Likewise, actor Nicholas Khan portrayed serial rapist and murder Mr Harvey in a way which was deeply chilling and believable. The use of actors playing dogs in the play added a relieving sense of lighthearted comedy, which made it much easier to watch.

The use of props and movement was very original. For example, puppet dresses were used to represent other murdered children in the afterlife, as opposed to using real actors. Also, certain scenes were dramatized using props for emphasis; in one scene, people moved giant shards of glass through the air simultaneously to represent the crucial and symbolic moment when Susie’s father Jack Salmon smashes his snow globe.

Overall, the play was deeply touching; I know I won’t be the only one to say that the final scene brought a tear to my eye. It was clear that every element of the production had been carefully and cleverly thought through, and the hard work really did pay off.

The Lovely Bones encourages audiences to contemplate the relationships in their own lives, and teaches important lessons about happiness, love and moving on. I would recommend the play to all audiences, as it was a truly remarkable performance.